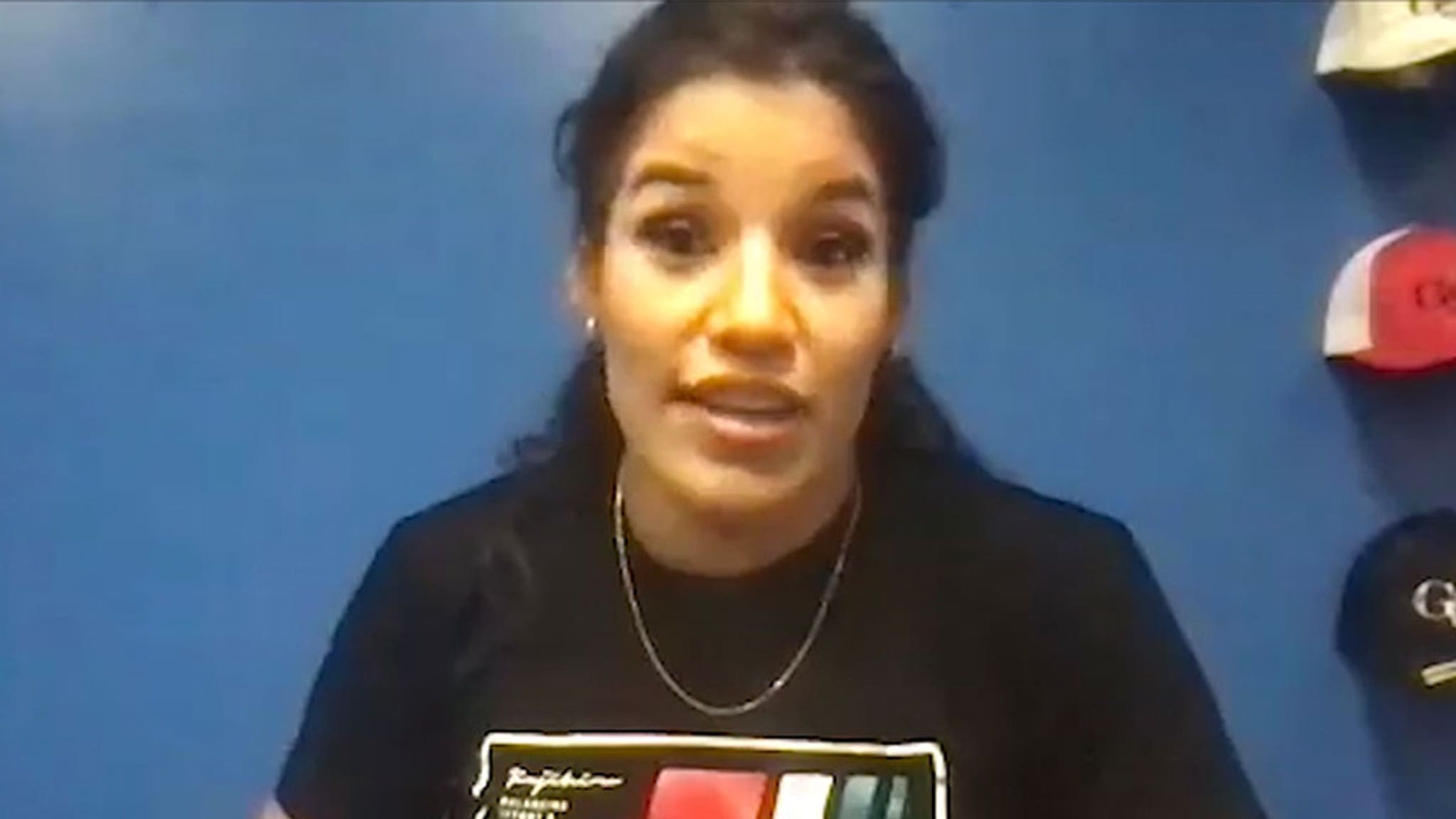 Julianna Peña is doing what most female fighters are scared to do … not only challenge Amanda Nunes to a scrap, but promising to whoop her ass!!

TMZ Sports spoke to the 31-year-old, #6 ranked UFC Bantamweight about Nunes … who just obliterated Megan Anderson in just over 2 minutes at UFC 259.

The narrative has been that Nunes has cleared out all the women in the 135 & 145 lb. divisions … but Peña tells us that simply ain’t the case.

“I’m still here, I’m in the division, and stylistically, I am the worst possible matchup for [Nunes]. The last time she was put on her back by Cat Zingano, she balled up into the fetal position and had the ref need to yank Cat off of her, and I beat Cat.”

FYI, Zingano was the Lioness’ last loss … all the way back in September 2014. Amanda has won 12 UFC fights in a row since the TKO loss.

We asked Peña — who’s 10-4 as a pro — why she believes Nunes is avoiding a fight with her … and the Venezuelan Vixen says the double champ knows she presents big-time matchup issues.

“I definitely think she knows stylistically I am the worst matchup for her. I know it, I am her Kryptonite, and I think that’s why she keeps trying to push it off.”

In other words … a lot of the women in the UFC may fear Nunes, but Julianna ain’t one of them.

“She’s not this big ol’ boogeyman that everyone thinks she is, and I’m not afraid of her, and I defiantly think she knows that,” Peña says.

Julianna closed the interview with a message aimed squarely at Nunes.

“Amanda, you need to fight me. 110%. You know it, I know it, the fans know it. It’s time to put your money where your mouth is, tough guy, and come and fight the best in the division. It’s time.”