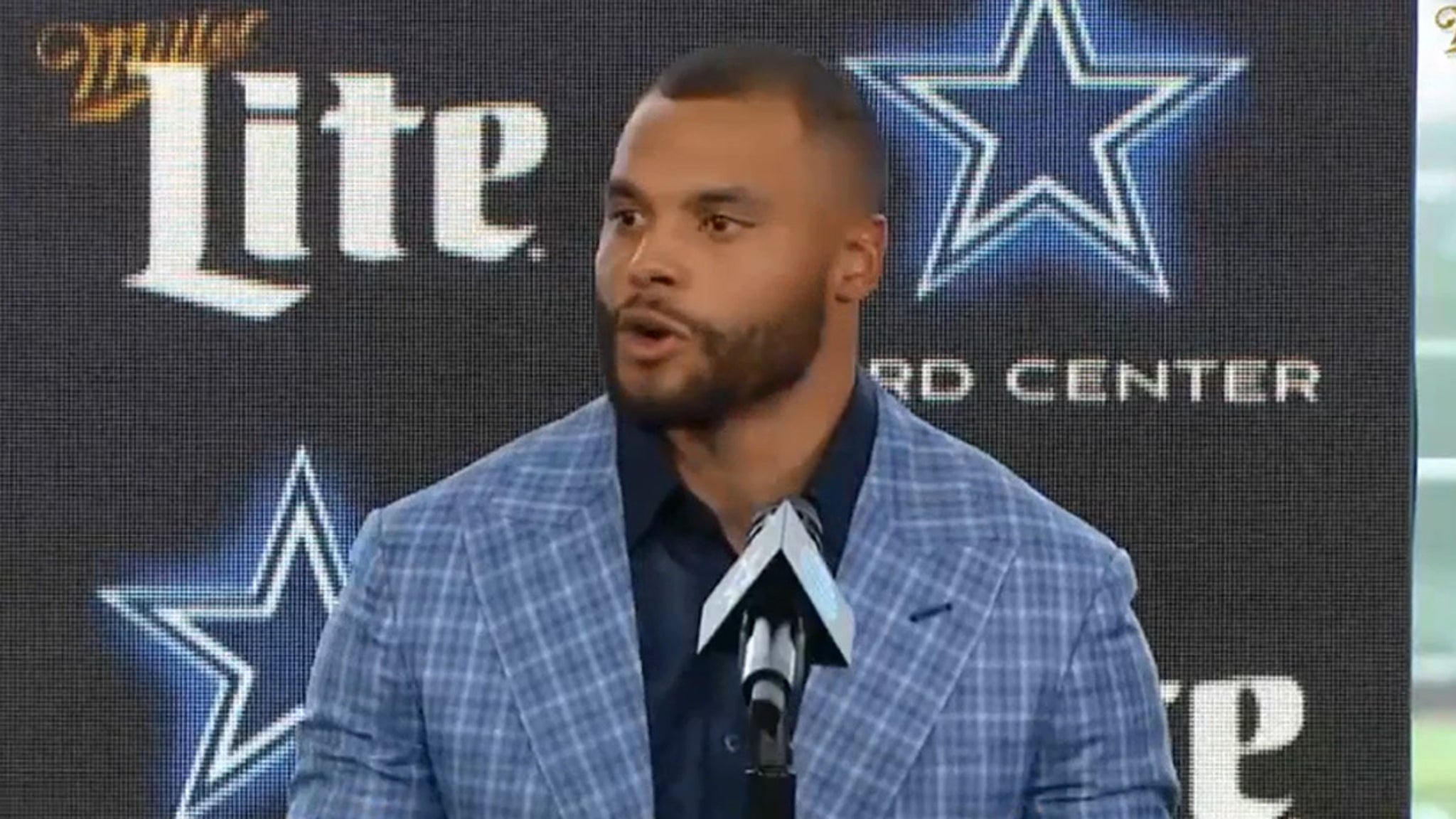 Dak Prescott says he’s healthy and ready to ball out for the Dallas Cowboys in 2021 … and thanked Alex Smith for giving him hope after suffering his gruesome ankle injury.

The 27-year-old QB was all smiles at his big contract signing event with Jerry Jones on Wednesday — and for good reason, he just signed a 4-year deal worth up to $164 million!!!

But, the big question on everyone’s mind … will Dak be 100% when he takes the field in September after that horrific compound fracture and dislocation of his right ankle he suffered during the 2020 season???

The short answer … Dak says he’ll be good to go!

“I thought about jogging out here, jumping up on the stage,” Dak joked … “I don’t know if y’all ready for that but I’m healthy.”

That’s when Dak acknowledged the role Alex Smith played in his recovery — saying the QB provided hope and inspiration as he worked his way back.

“I have to thank, honestly, Alex Smith because at that moment when you’re sitting there with an injury like that or you come out of surgery, to see somebody who’s already done it and did it actually in worse circumstances … that allowed my mind to go straight to, ‘Hey I can do this. I’m gonna beat this! It’s just a matter of time.'”

Smith’s story is well documented — he also suffered a nasty compound fracture during the 2018 season and the injury was so bad, doctors came very close to amputating his right leg above the knee.

But, after 17 surgeries and hundreds of hours of rehab, Alex returned to the field in 2020 … and was named the NFL’s Comeback Player of the Year after an impressive season with the Washington Football Team.

As for Dak, he’s setting big goals for himself — telling media the plan is to win a Super Bowl so they can get have that long-awaited parade in Dallas.