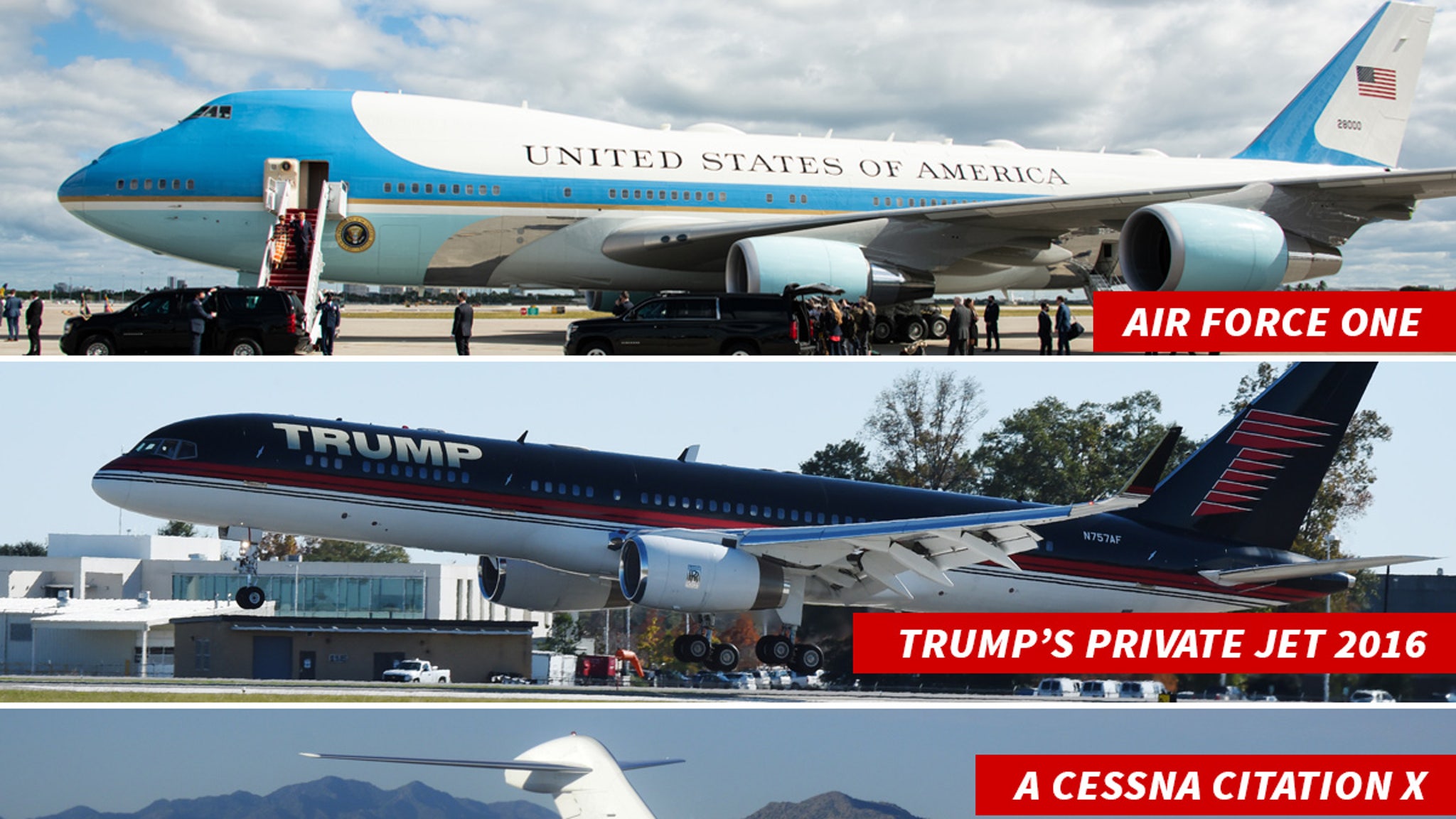 Donald Trump‘s taking to the friendly skies in a not-so-friendly plane for someone who was the most powerful man on Earth a couple months ago … a jet so compact he can’t stand up in it!!!

Trump was recently seen in NYC taking a few short steps into what appears to be a Cessna Citation X … a super-midsize jet that’s the envy of all social media influencers but a basic bird for your average CEO. The jet’s reportedly a 1997 model registered to the Trump Org.

It’s one helluva downgrade for the ex-Commander-in-Chief … who for 4 years enjoyed all the luxury Air Force One had to offer.

Of course, no one expected Trump to continue flying on his own private 747 after leaving the White House, but it’s still surprising to see him flying around in the Cessna instead of his 757 with his name on it — a 43-seater Trump used during his first campaign.

It’s unclear why he opted for the 8-seater … which forces him to bend down his 6-foot-3 frame while inside a cabin with a 5-foot-7 height. There’s no red carpet either.

Hey, it could be worse … just ask ex-VP Mike Pence.