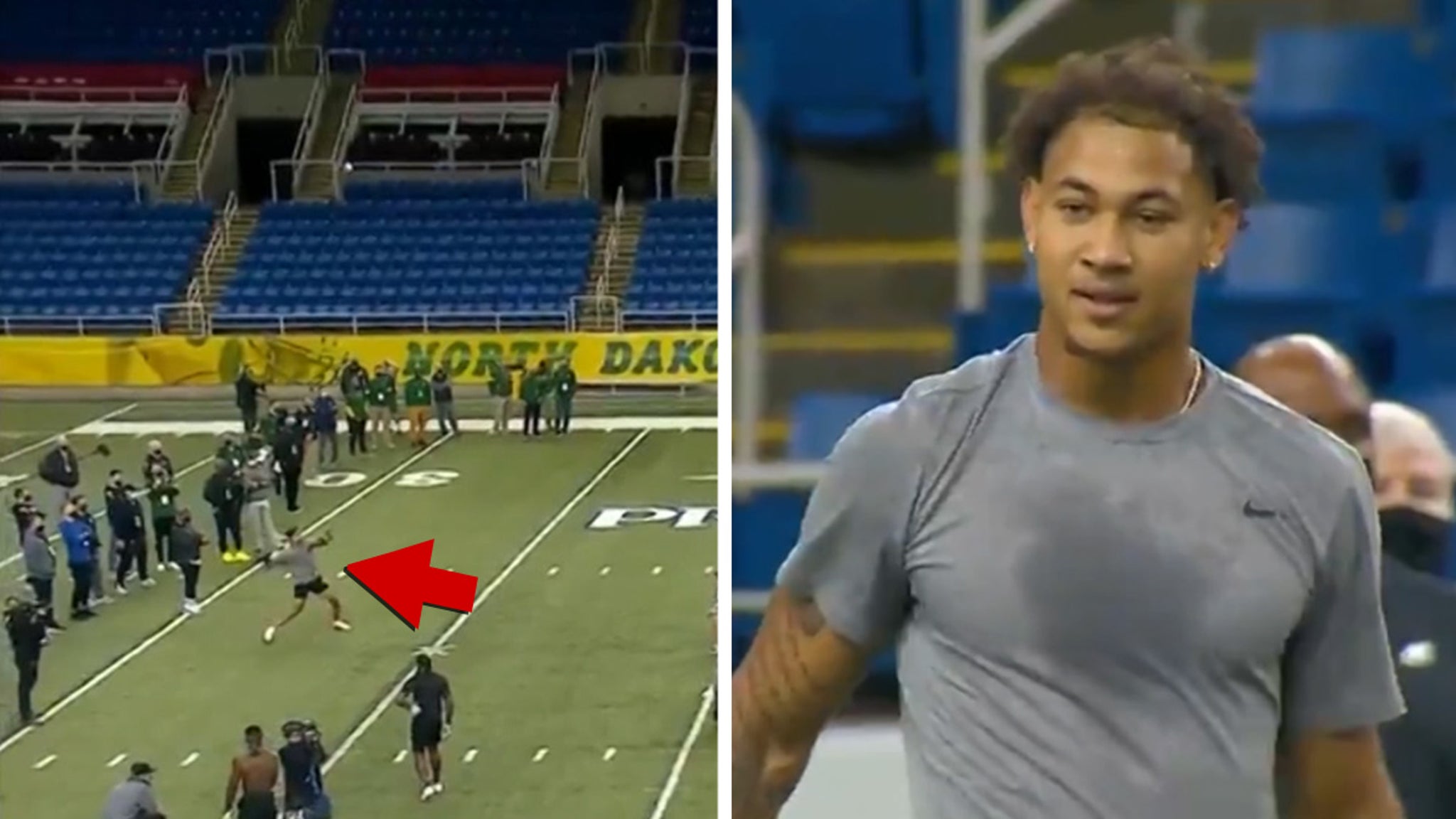 NFL prospect Trey Lance has a ROCKET for an arm — and he put it on full display at his NFL pro day Friday … where he threw a PERFECT 50-yard laser right on target.

Check out the video … it’s BEAUTIFUL!!!

Yeah, we know … no live NFL defense trying to take his head off — but still, the arm strength and accuracy look GOOOOOOOD.

The 20-year-old QB out of North Dakota State is trying to show NFL teams why he should be a surefire 1st round draft pick … and he’s got a solid resume to make his case.

In 2019, Lance completed 67% of his passes, threw 28 touchdowns with ZERO interceptions, while rushing for 1,110 yards … leading his team to an undefeated record and FCS national championship.

You may not have heard much about him in 2020 … ’cause the COVID-19 pandemic wiped out all of NDSU’s season.

30 of the 32 NFL teams sent reps to Lance’s pro day on Friday — and the dude didn’t disappoint.

You can audibly hear the “ooohs” and “ahhhs” that came out after that 50-yard DIME — easily his most impressive throw of the workout.

But, the rest of the session was solid, too — Lance threw dart after dart while reps for teams like the Jets, Falcons, Panthers, Lions and the Washington Football Team watched from the sidelines.

So, where will he end up? We’ll likely find out when the 1st round of the NFL Draft kicks off on April 29th.