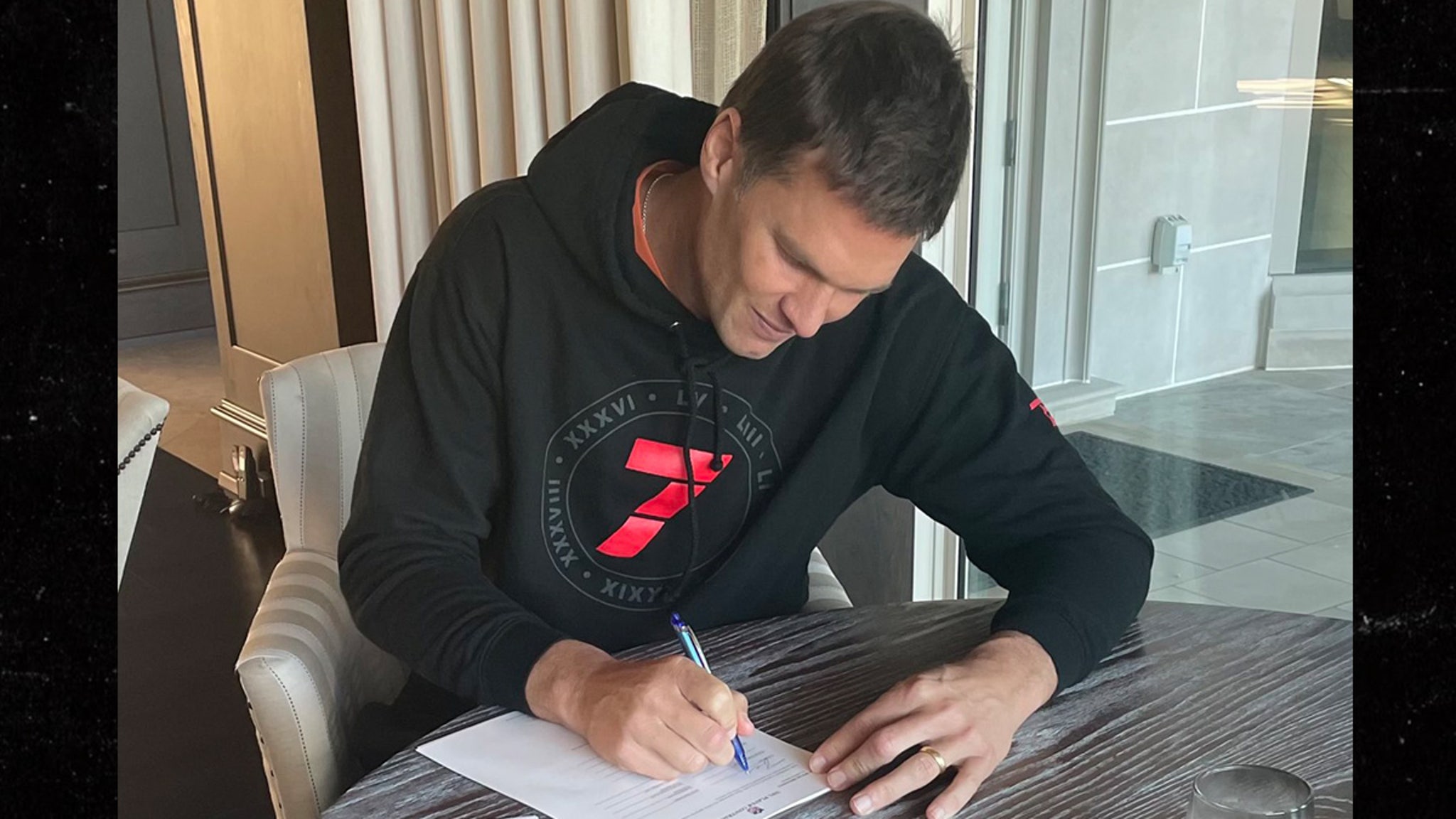 9:23 AM PT — TB12 has officially inked his new deal … saying, “In pursuit of 8…LFG @Buccaneers we’re keeping the band together”

Brady’s wardrobe choice for the monumental moment?? His signature “7” hoodie … which, of course, represents his 7 Super Bowl wins. Just in case you forgot.

Tom Brady‘s battle with Father Time can now continue at least 2 more years … he just agreed to an extension with the Bucs that locks him into Tampa through the 2022 season!

The G.O.A.T. just made the deal Friday morning, ESPN’s Adam Schefter reported, agreeing to sign a new 4-year extension that will ultimately become a one-year extension due to voidable years on the contract.

Unclear the dollar amount Tom will get with the new deal … but he signed a 2-year, $50 MILLION contract with the Bucs before the 2020 season began — so safe to say it’ll be somewhere in the ballpark of another $25 mil per season.

Of course, the new agreement means Tom is officially signed on to play until he’s 45-years-old — an age he’s aspired to play to for a long time.

Tom Brady on if he’ll play past 45-years-old:

“Yeah I would definitely consider that” 🐐

In fact, since things are going so well (you might have heard he won his SEVENTH Super Bowl ring last month) … Tom said in February playing PAST that age is something he’ll “consider.”

Tom lit it up in his first year with Tampa … throwing for 4,633 yards and 40 touchdowns.

He initially had just one year left on his contract before Friday’s agreement to extend.

At this point, the conversation becomes … WILL TOM PLAY UNTIL HE’S 50?!!?!