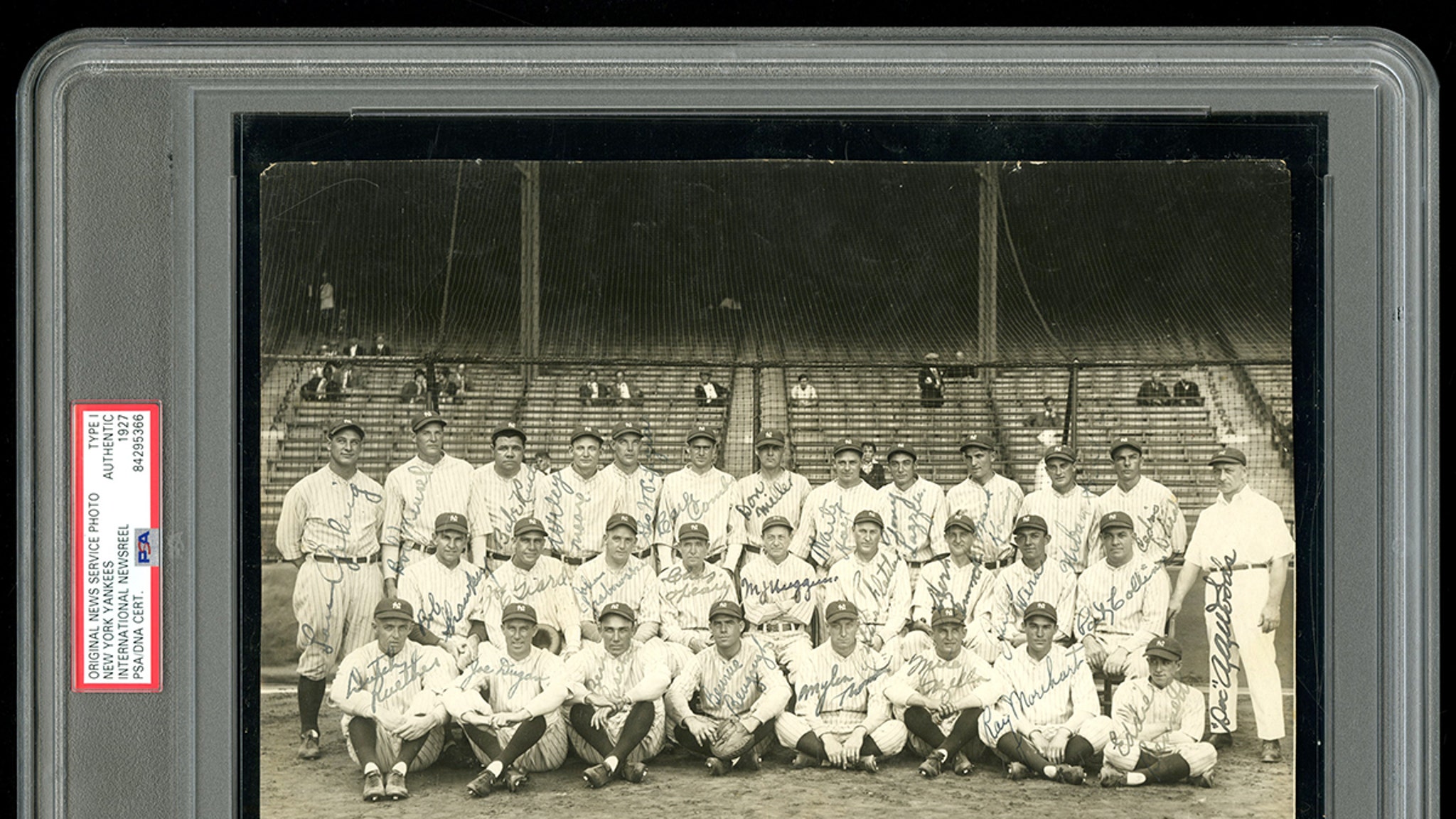 The family of the legendary 1927 NY Yankees team is selling an authentic signed team photo passed down through the generations … and yeah, this thing is worth a fortune.

The ’27 squad features icons like Babe Ruth and Lou Gherig — and the slugging power was so insane, they were dubbed “Murderers’ Row.”

One of the pitchers from the 1927 team — Don Miller — was savvy enough to get everyone on the roster to autograph a team photo … and it stayed with Miller’s family for decades.

Miller never appeared in a game for the Yankees that season — but clearly, he knew securing the signatures would just as important as getting on the field!

Now, the Miller family has decided to sell it — and they’ve taken it to SCP Auctions to find the highest bidder.

The photo has been authenticated by multiple leading memorabilia companies — including PSA and Beckett — which is huge for the hardcore collectors willing to pay top dollar.

As far as the expected sales price, we’re told it could fetch around $500,000 … but with the sports collectibles market being on FIRE at the moment, who knows where it could end up!?

As we previously reported, a rare Babe Ruth baseball card from 1933 just sold for $761k … more than DOUBLE the price a similar card sold for just 6 months earlier.

If you’re not familiar with the ’27 Yanks … they’re one of the most legendary baseball teams ever. They finished the regular season 110-44 and swept the Pittsburgh Pirates in the World Series.

Ruth was in the midst of setting the single-season home run record (60 HR’s) that ultimately stood for decades. He also had 164 RBI’s and batted .356.

Not to be outdone … Gehrig won the AL MVP that year — also putting up ABSURD numbers. The Iron Horse slugged 47 HR’s, drove in 173 runs, and had a batting average of .373.

But, it wasn’t just Babe and Lou … the rest of “Murderers’ Row” was made up of solid players like Earle Combs, Mark Koenig, Bob Meusel, Tony Lazzeri, Joe Dugan and Pat Collins.

In other words, the photo is a piece of history … hope you saved up!