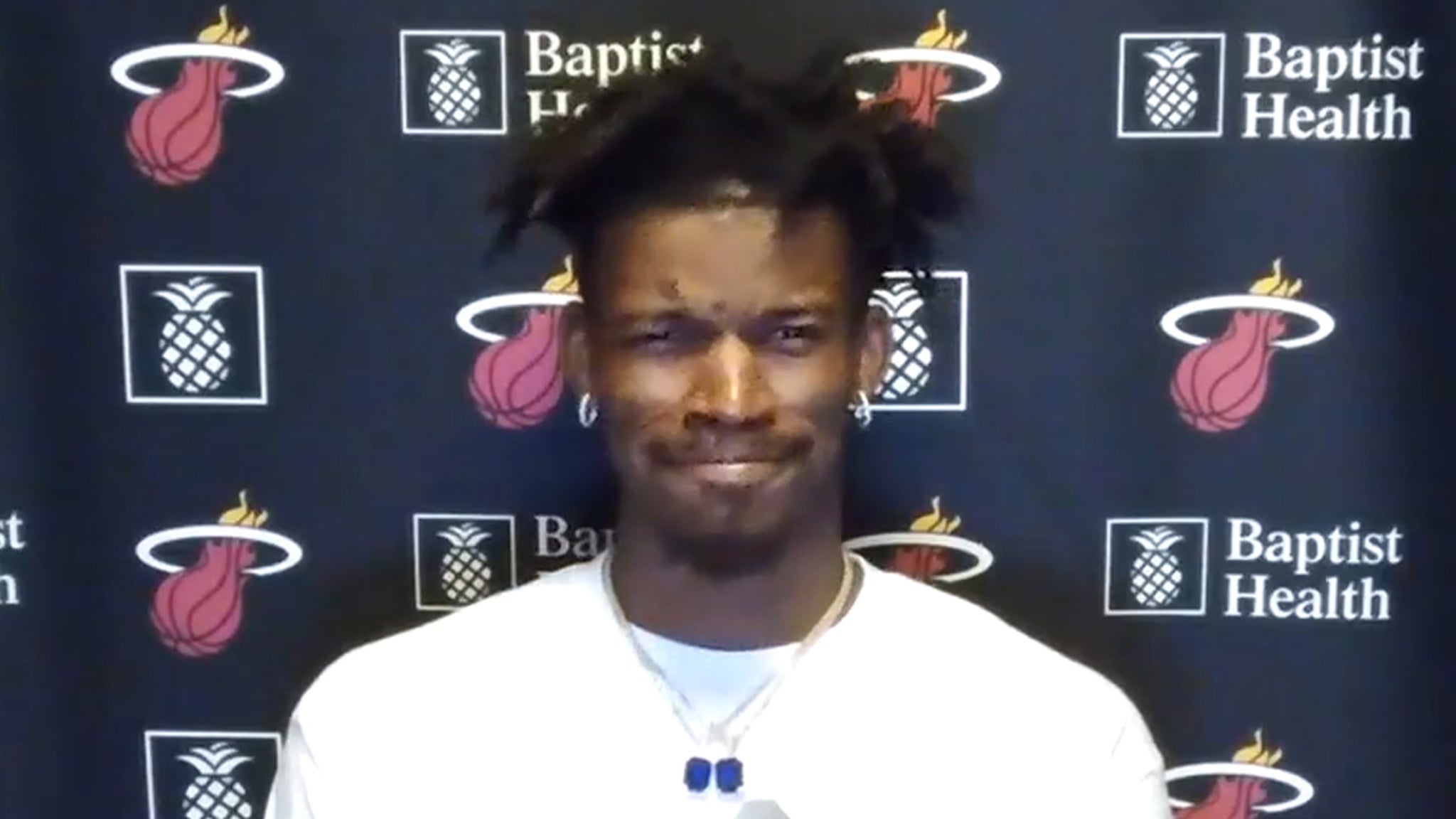 Merriam-Webster defines the word “coalesce” as a verb meaning “to grow together.”

… and NBA superstar Jimmy Butler clearly could not care less.

The Miami Heat wing BODIED a reporter Sunday for bringing that big word to his post-game press conference … saying the guy didn’t need to flex his brainy vocabulary when asking a simple question about how the team has bonded over the past few weeks.

The hilarious scene all went down after Butler led the Heat to a win over the Orlando Magic … when a media member tried to ask the 31-year-old about Miami’s recent team success.

“Does it feel like you’re coalescing, as much as the record shows, into something?” the reporter asked. “I mean, 10 of 11 [games] is pretty special.”

The “coalescing” term threw Butler off guard immediately … watch the clip, his reaction is priceless!

“Don’t do that,” Jimmy said to the reporter. “Come on, now. What the hell does that mean?!”

A video of Jimmy Butler leading us to another dub: pic.twitter.com/Lt6LRTTdqx

The reporter tried to explain his question … before Jimmy said, “You said a big word. You confused me.”

And that’s when JB told the guy, “You could have just said that” … before ultimately answering the question.

But hey, we all learned something today! That’s a win, right!?