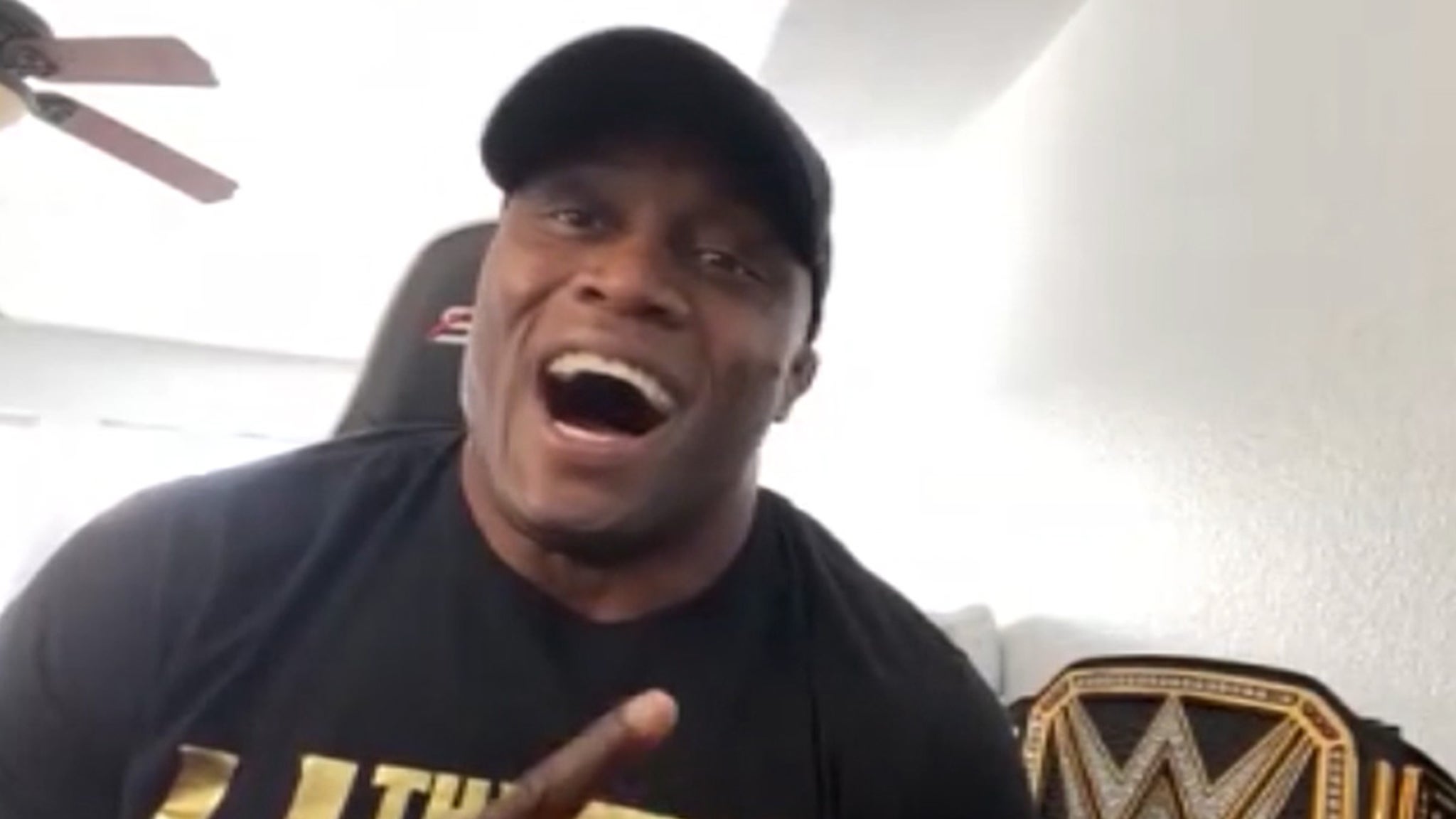 WWE Champion Bobby Lashley wants a piece of Brock Lesnar … telling TMZ Sports he doesn’t care if he doles out an ass-whooping in an MMA cage or wrestling ring!!

“I’m willing to wrestle, I’m willing to do 100-meter dash, I don’t care. I love those big matchups! Brock is one of the biggest thing across the sports industry, sports world across the board,” Bobby says.

“So if I can have an opportunity to fight Brock or wrestle Brock or do anything against Brock, I’m 100% in and I will be ready. That’s all I gotta say about that!”

Bobby has a better record … and more experience in the cage. He’s 15-2 … and has racked up wins in Bellator and Strikeforce, as well as other promotions. Lashley hasn’t fought since October 2016.

As for Brock, he’s 5-3 with 1 no contest. However, Lesnar has fought the stiffer competition … and has wins over Randy Couture, Frank Mir and Shane Carwin. Brock also hasn’t fought since 2016.

In the wrestling ring, both men are Superstars in every way. Lesnar is a 5x WWE World Champion, and Lashley is the current WWE Champion … having recently defeated The Miz.

Bobby — who you can catch on “Monday Night Raw,” — left us with a message for Lesnar’s mouthpiece, Paul Heyman.

“Paul, call me! Before you guys always said that I had nothing or no reason for [Brock] to come after me. Now I do.”