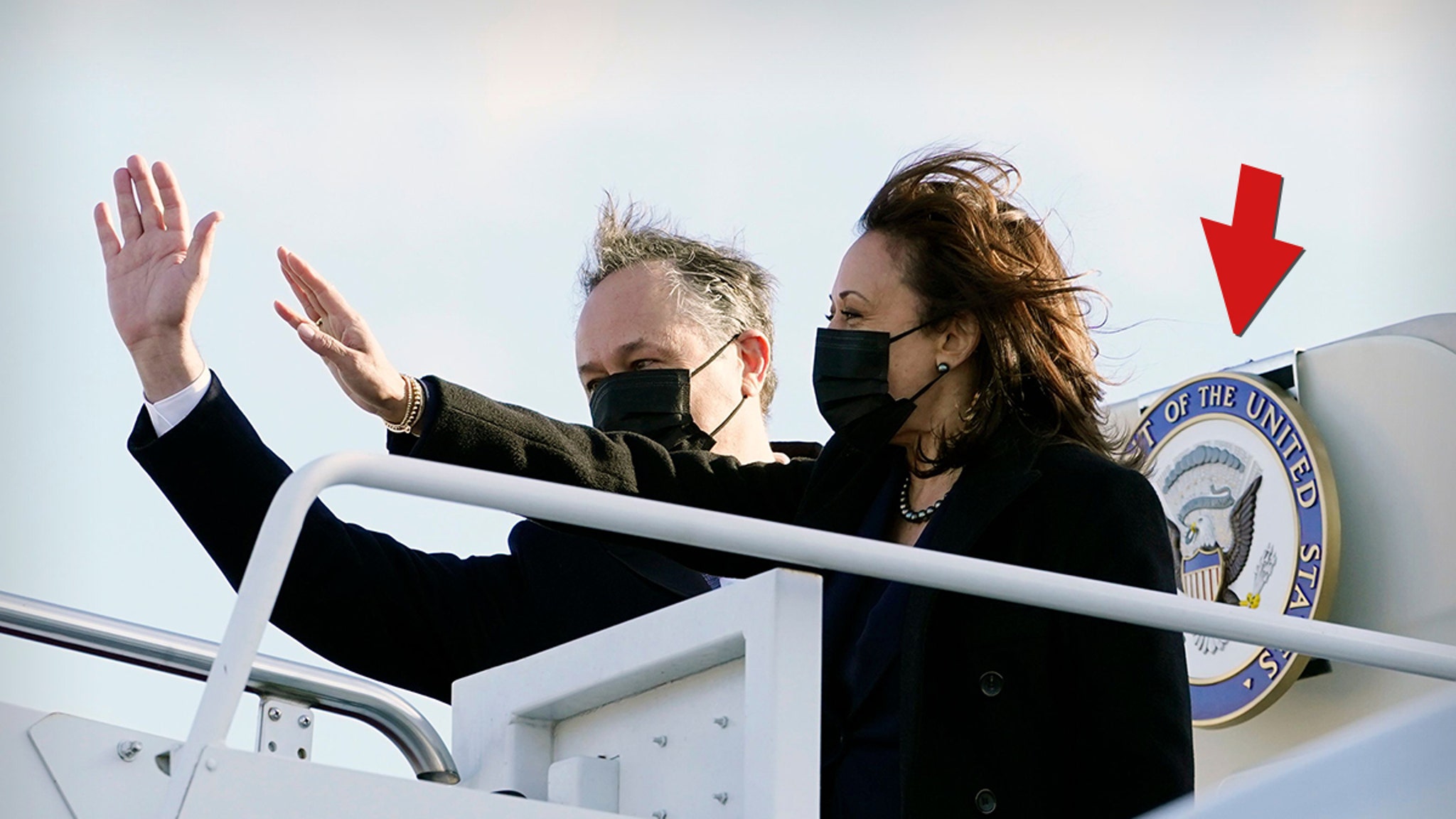 Vice President Kamala Harris is taking to the skies to plug the COVID relief package — and in addition to GOP pushback, she’s also fighting severe weather … so bad, she had to get a new ride.

Check out these photos of the Veep and the Second Gentleman, Doug Emhoff, waving goodbye to spectators Monday as they boarded AF2 at Joint Base Andrews in Maryland …

All was good as they departed to Vegas, as you can see, but check out the shot of them eventually landing in L.A. … something is clearly missing: the Vice Presidential seal has vanished!

The wind — whipping around and tossing Kamala’s hair every which way — ripped the seal clean off the aircraft. They seem to be deplaning the exact same way they came in, and yet … no official marker can be seen. So, at first glance … ya might not have known who was touching down at LAX.

We kid, of course … any reporter who was there certainly knew it was Kamala and Doug. Still, it makes you wonder how they’re plastering those decals onto AF1/2 … is it Velcro???

Anyway, because of mechanical issues with yesterday’s carrier … VP Harris had to use another plane on Tuesday to go about her travels. Fun fact for those who didn’t know: the new plane is also called Air Force Two — whatever aircraft she’s in gets that title.

As for the new Vice Presidential emblem … here’s hoping that sucker’s glued on today.