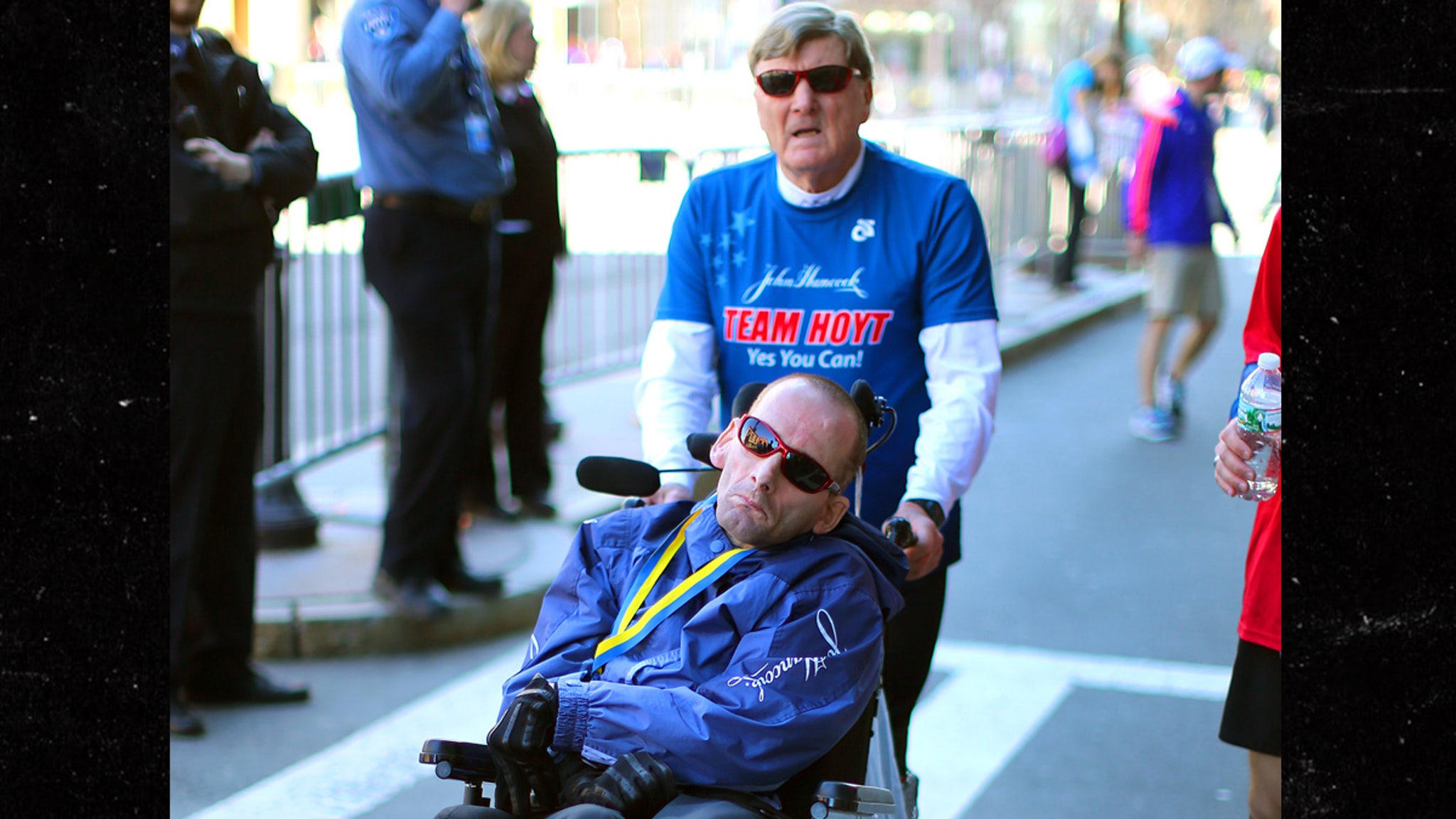 Dick Hoyt — the Boston Marathon legend who regularly competed while pushing his son in a wheelchair — has died. He was 80.

Hoyt and his son, Rick, who has cerebral palsy, first appeared in the Boston Marathon together in 1980 … and they completed the course 32 times!

Rick is non-verbal — but began communicating with his father through an electronic device around age 11 … and one of the first things he said was that he loved to go running with his dad.

In fact, Rick famously told Dick that when they go running together, it feels like his disability is gone … which, of course, inspired Dick to keep running with his son.

Dick began running with Rick in 1977 and the rest is history. They went on to compete in races all over the country, including the Ironman race.

The two were staples in the Boston Marathon — and their story has been featured on countless TV shows.

Dick is an inspiration to special needs families — especially families with non-verbal members. He absolutely loved going on runs with Rick and the feeling was mutual from his son.

Dick passed away Wednesday in his sleep. He had reportedly been dealing with significant health issues recently.

The Boston Athletic Association, the org. behind the Boston Marathon, issued a statement praising Dick as a true icon.

“The B.A.A. is tremendously saddened to learn of the passing of Boston Marathon icon Dick Hoyt. Dick personified what it meant to be a Boston Marathoner, showing determination, passion, and love every Patriots’ Day for more than three decades.”

“He was not only a fan-favorite who inspired thousands, but also a loyal friend and father who took pride in spending quality time with his son Rick while running from Hopkinton to Boston.”

“As a leader of Team Hoyt, Dick Hoyt and his son Rick quickly became Boston Marathon legends after their first run in 1980. Pushing Rick in a custom racing chair, Dick and Rick completed 32 Boston Marathons together, including a final finish in 2014.”

“The pair’s bond and presence throughout the course became synonymous with the Boston Marathon. Team Hoyt’s 1,000th race together came at the 2009 Boston Marathon, and in 2015 Dick served as Grand Marshal of the race in recognition of his impact on the event and Para Athlete community.”

“Dick Hoyt was one-of-a-kind. We will sincerely miss Dick, and are keeping his many family and friends in our thoughts and prayers.”