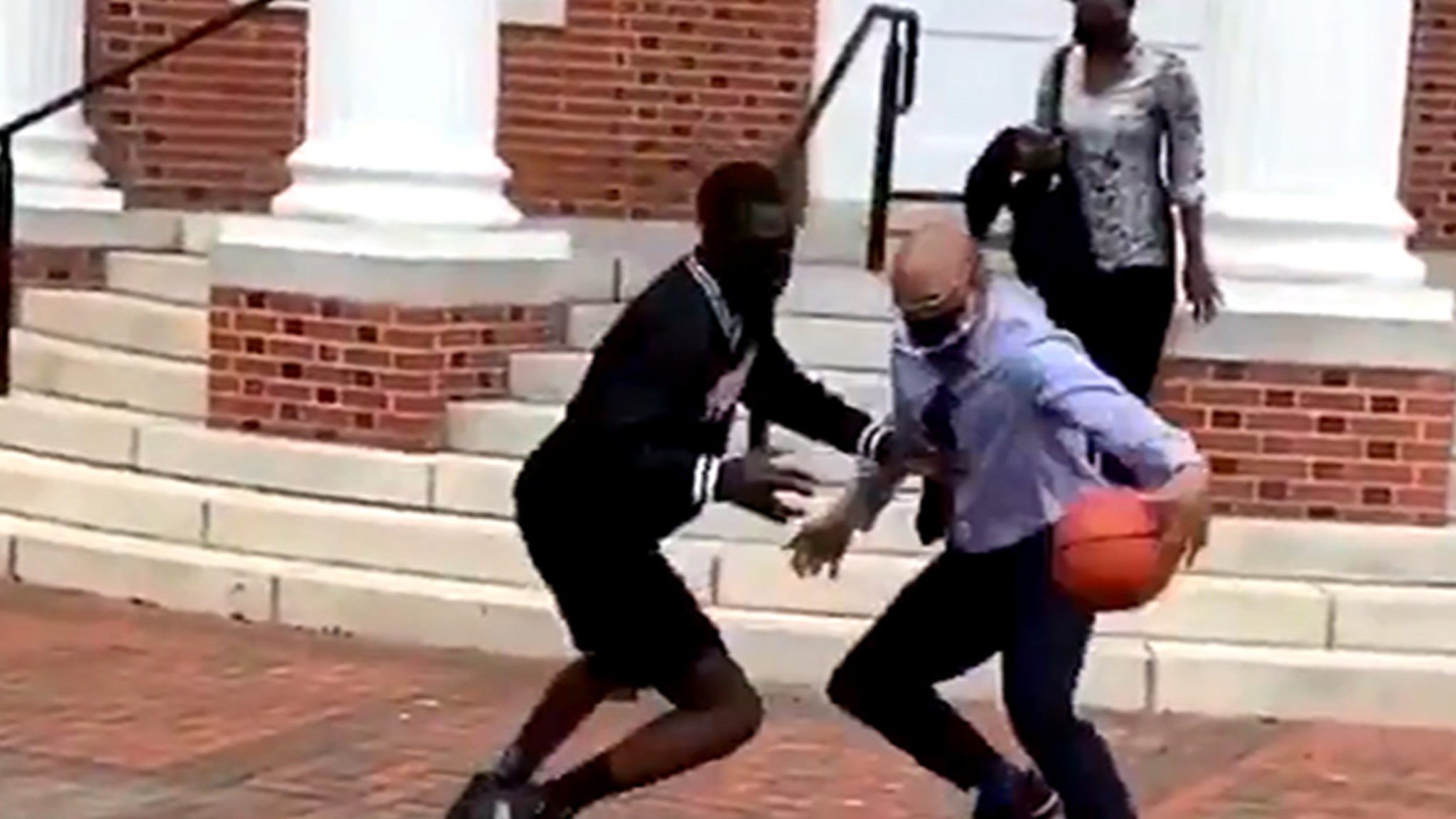 The Prez was leaving his campus office when he was approached by a student named Afo — who’s pretty well known for staging fun pranks and viral videos around the school.

Afo’s bit of the day was approaching people with a basketball for an impromptu game of 1-on-1 to see if random people would square up on the spot.

I was walking around Virginia State & the President of the school just embarrassed me..😭🏀 pic.twitter.com/1hAh5MUISL

Afo balled up a woman in a tight red dress, a security guard and others — but when he approached President Abdullah, that’s when the tables turned!!

The President smacked the ball right out of Afo’s hands and proceed to ball out — even removing his fancy jacket to show he wasn’t messing around.

But, the best part was the NUTMEG at the end that had Afo on skates!!! It was awesome!!!

It was all in good fun — and the two even snapped a pic together afterward.

Afo tweeted, “I’m not gonna lie, it took a lot for me to post this. He definitely got me tho.”

President Abdullah also weighed in — saying, “You already know it’s all love. I can’t wait until everybody is back on campus.”

We spoke with President Abdullah who tells us he’s just a recreational player who loves the game — and had a blast messing around on campus.

He praised Afo as a “fantastic kid” who’s a talented entertainer and a scholar who’s expected to graduate soon.

As for a possible rematch, Abdullah put it this way — “I don’t know if my knees will let me do it twice! I think I might have gotten just enough out of these knees. I’m going to retire now.”