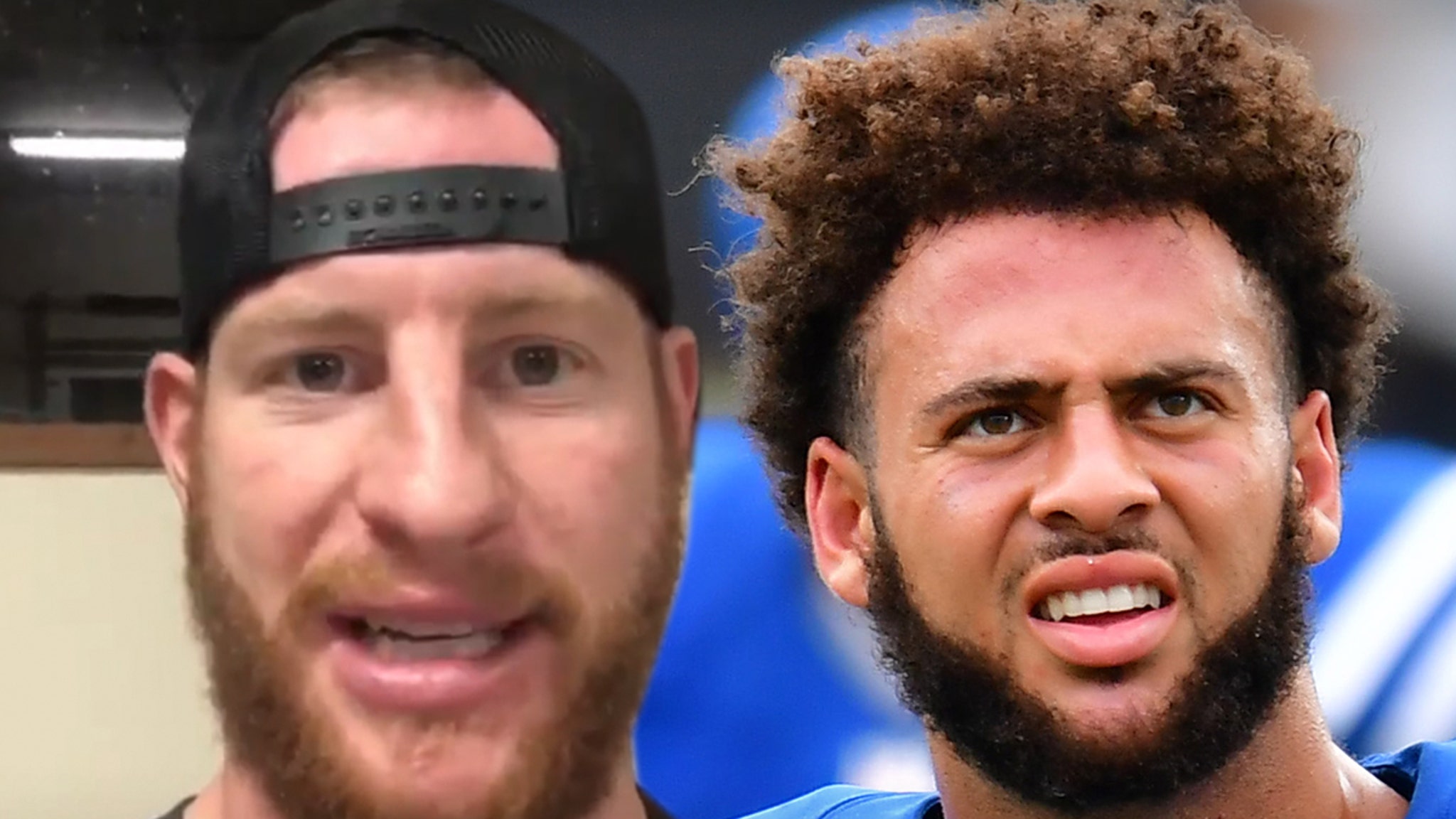 Michael Pittman is a man of his word — the Colts wideout did NOT give up his #11 jersey number … forcing Carson Wentz to now take the #2 in Indianapolis.

A Colts official tells TMZ Sports the team’s newest quarterback will officially change numbers this season … after he rocked the one-one for his entire 5-year Eagles career.

As for how Wentz ended up with the new digits … the QB had called Pittman about prying the #11 jersey away from the receiver after the Colts made the blockbuster trade for him in February.

But, Pittman told us shortly after that call he didn’t want any part of giving up his uni number … which Michael says Wentz was ultimately cool with.

“I told him I was locked in,” Pittman said, “and he was like, ‘That’s cool, bro, because I’m probably gonna switch anyway.'”

Michael added, “He asked me very respectfully and I just appreciated him for that. I think he’s a great dude, because lots of guys with his status, they would come in and demand and stuff like that.”

Wentz not only wore the #11 in Philly … but he also had rocked the digits during his college career at North Dakota State.