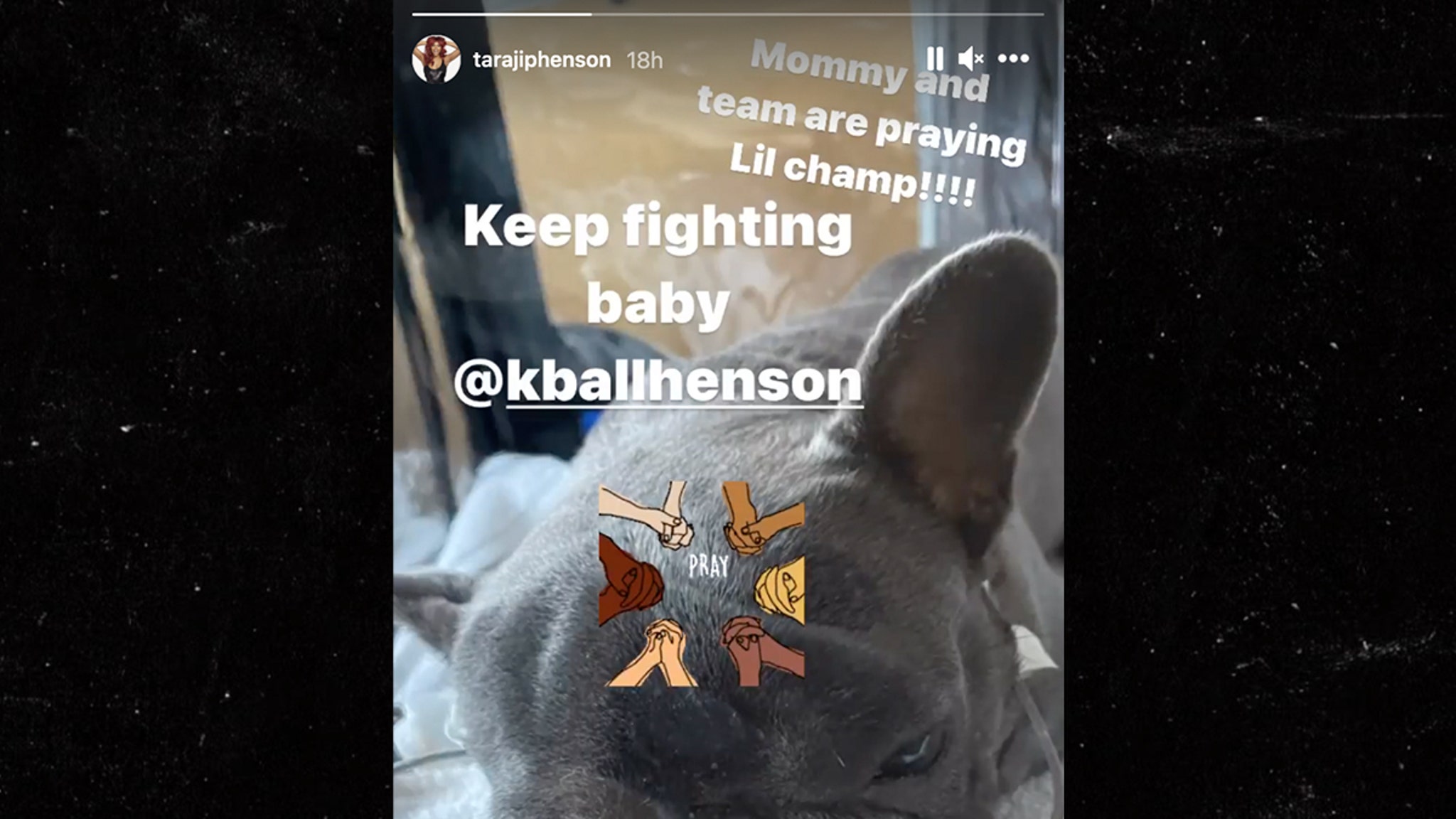 Taraji P. Henson says her little pup is in bad shape following a procedure — so much so, he’s apparently on the verge of death.

The actress posted the sad news Saturday, saying her French bulldog, K-Ball, is fighting for his life after some sort of surgery he just had … which she says left him with complications. Taraji posted a photo of her pet with a tube up his nose, and he seems out of it.

Taraji threw up a more official post with a bit more info, saying … “I NEED ALL PRAYER SOLDIERS TO PRAY FOR MY BABY @kballhenson He is having some complications after his surgery. He is fighting and I am loosing my mind. PLEASE KEEP FIGHTING @kballhenson MOMMY NEEDS YOU!!!!!!!”

It’s unclear what the pooch had to go under the knife for exactly, but it’s known that Frenchies are prone to a number of health problems — which can set in even at an early age. They can encounter breathing problems, mobility issues … and a whole sort of others.

K-Ball appears to only be about 3 years old or so — Taraji got him during Christmastime in 2017 when she says she got him as a baby. Get well soon, buddy … hang in there.