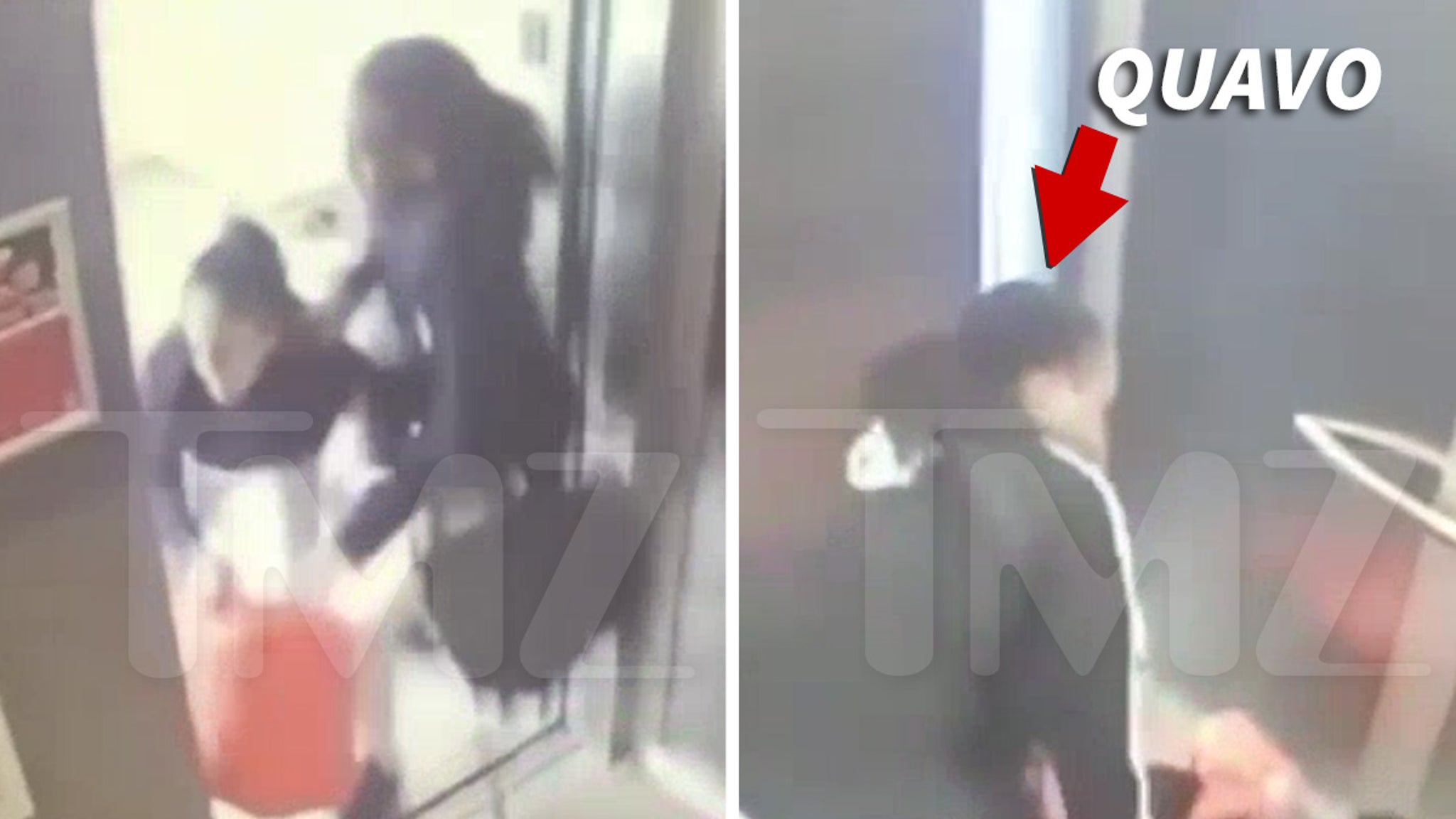 Quavo and Saweetie‘s issues appear to run much deeper than alleged infidelity because they had a fight in an elevator — before they split — and the altercation was all captured on video.

TMZ obtained surveillance footage of the struggle, which went down at an apartment complex in North Hollywood. It shows both of them standing outside an open elevator, and when the video starts Saweetie is swinging on Quavo.

Quavo dodges the hit, dropping an orange Call of Duty case in the process … which Saweetie tries to pick up. Quavo grabs it, and as they struggle for the case, he shoves her to the floor of the elevator … and Quavo ends up with the case in hand.

As Saweetie lay on the ground — possibly injured — he stood there without helping her up … even staring down at her a couple different times. Eventually, the elevator opens with a guy standing out there … but he doesn’t get on and the door shuts again.

Finally, the door opens on another floor and Quavo starts to get off with the case … and Saweetie picks herself up and limps off.

We spoke with sources on both sides … and they both say this incident went down in 2020 at an apartment building where Saweetie was renting.

Remember, Saweetie publicly broke it off with him — alluding to him cheating … which he denied. There were also rumors he repo’d a car he’d gifted her, but he claimed that wasn’t the case.

As for this ugly moment — it doesn’t appear the police were called.