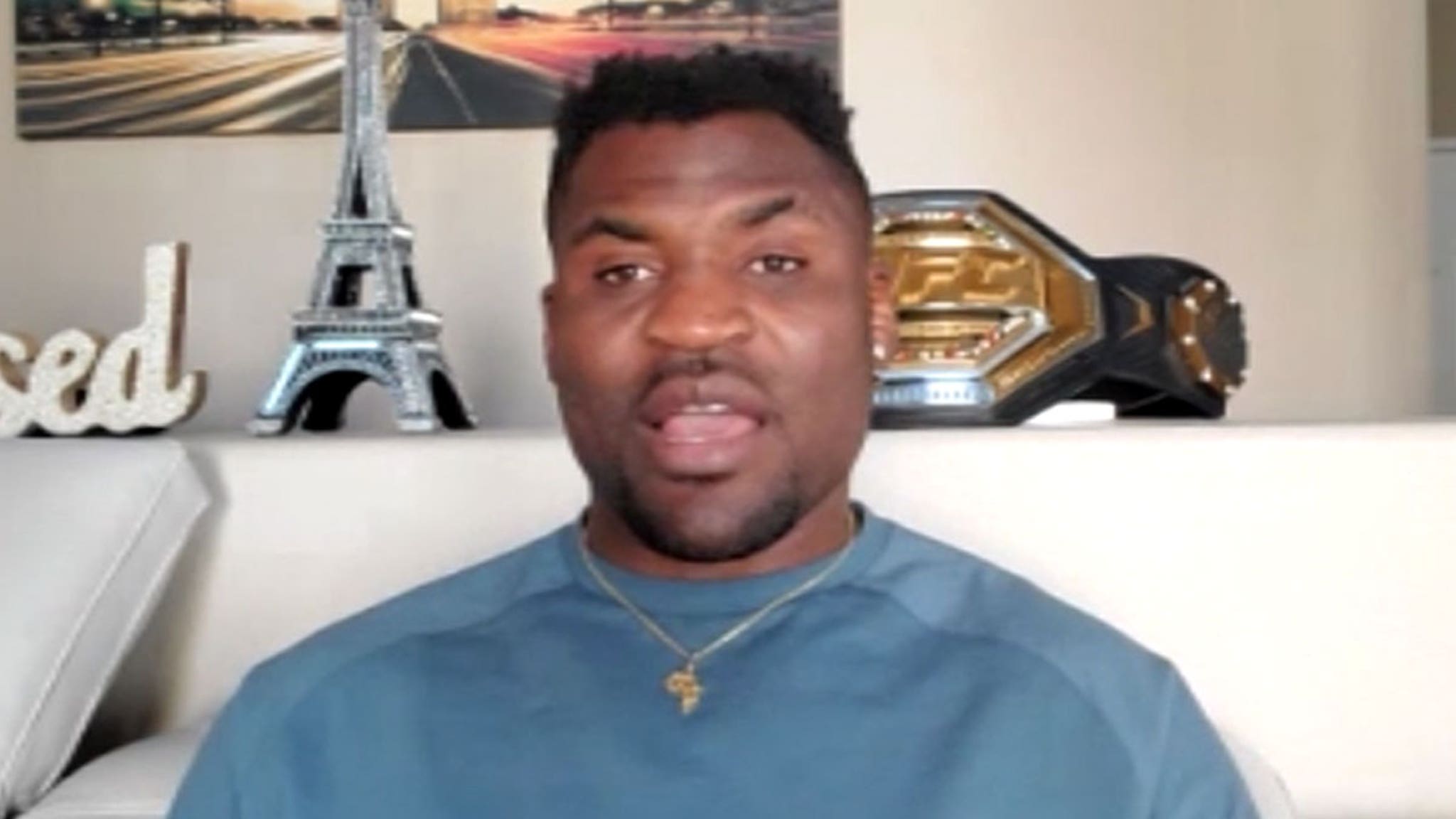 UFC heavyweight champ Francis Ngannou ain’t buyin’ any of that “Jon Jones is scared” talk … telling TMZ Sports he’s convinced Jones “wants” to get in the Octagon with him and fight for the title.

“I believe that Jon Jones wants this fight,” Ngannou tells us … “I believe he’ll want it to happen because it’s gonna be a massive fight.”

Ngannou looked fresh and happy when we spoke with him Monday morning — sitting in front of his brand new UFC championship belt!

Of course, moments after he defeated Stipe Miocic at UFC 260 on Saturday night … everyone began asking the obvious question — when will Francis fight Jon Jones.

Jones went to social media with a message for the UFC — “Show me the money.”

Some people have suggested Jones is scared of Ngannou — and he’s using the money as an excuse to duck the new champ.

But Ngannou doesn’t believe that for a second — saying he understands why Jon wants a massive pay day … and quite frankl, he hopes they BOTH get paid a ton of cash.

“He’s been around so long and been champ for a long time so I think this might be the biggest fight of his career and mine.”

“I think he want to put something like this on his legacy, on his resume. I truly believe that he wants this fight to happen.”

So, now the issue is working out a contract with UFC — and fight fans all over the world … as well as Francis himself, are hoping they can make a deal.

Francis says when the deal is signed, he knows he needs too beef up his wrestling game in order to defeat Jones — a former college wrestling champion.

And get this … Ngannou says despite his dominant performance against Stipe, he’s going back and watching the tape again because he feels there’s real room for improvement.

Gotta be honest … he looked pretty solid to us!

We also asked Francis how hit feels to be the undisputed UFC heavyweight champ … and watch the video, the guy is so proud!!!

Congrats to Ngannou — now fingers crossed the UFC can figure out this Jon Jones deal quickly … because that fight will be MASSIVE!!!