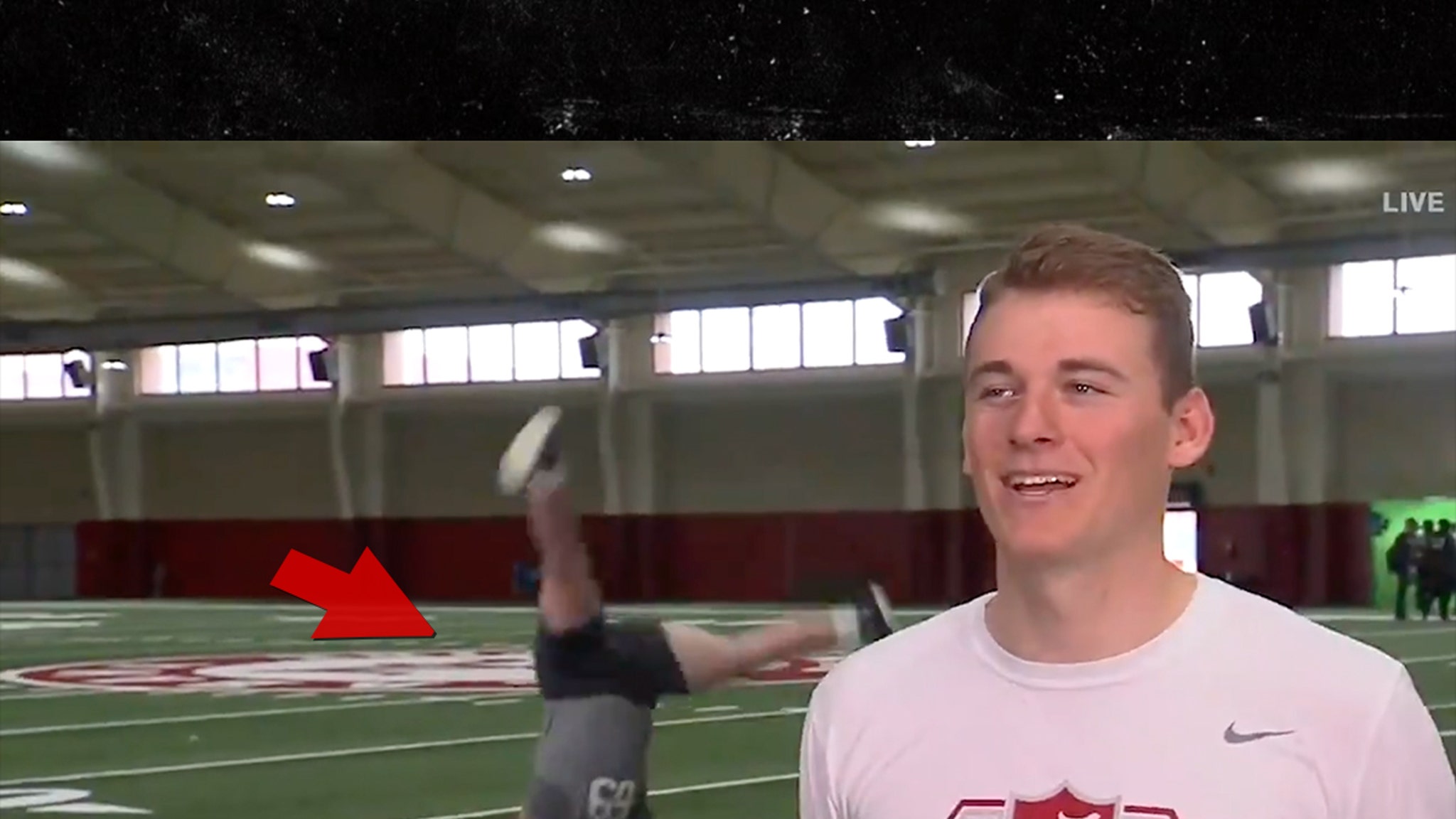 Alabama star QB Mac Jones had a Pro Day interview interrupted by one of the guys who used to block for him — and it was HILARIOUS!!!

The flipping OL was Landon Dickerson — who despite tearing his ACL just a few months ago, showed off some incredible athleticism whiles Jones was chatting with the SEC Network on Tuesday.

Landon Dickerson tore his ACL in the SEC Championship Game.

The Tide center cartwheeled at least 5 times … and when Jones finally noticed — the expected first-round pick in next month’s NFL draft started cracking up!!

Landon even capped off the awesome flips with a funny wave … and it all had Jones ROLLING!!

Of course, the guys were all smiles for good reason … Bama’s second Pro Day of the year went off without a hitch — with the Tide stars showing out for a bunch of NFL head coaches, including Bill Belichick, Sean Payton and Kyle Shanahan.

Seems Dickerson’s cartwheels, though, will go down as the most impressive feat of the day … ’cause how can you not draft a 6’6″, 325-pound guy that can do THAT!?!