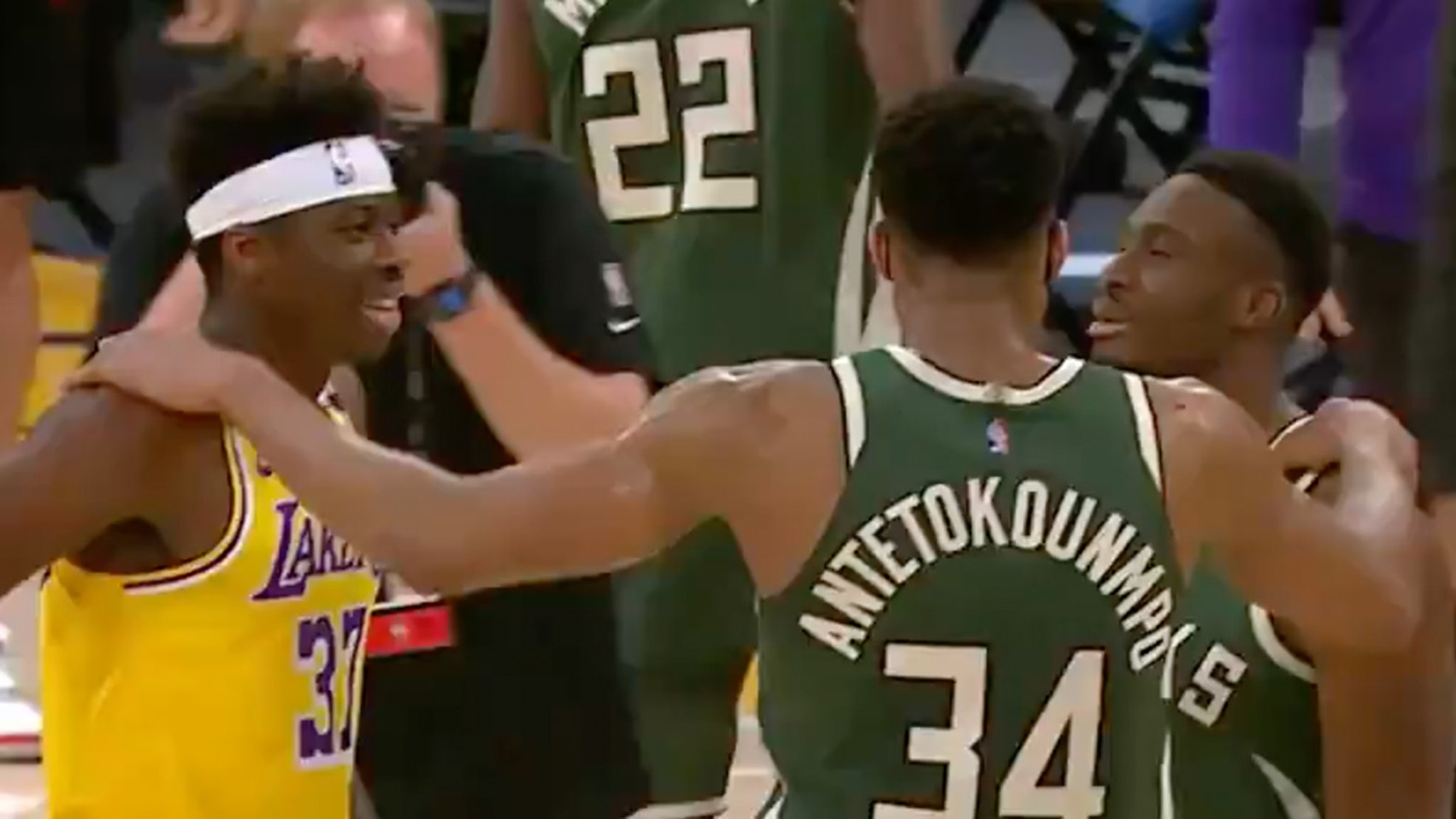 Incredible scene on the NBA hardwood Wednesday night … THREE Antetokounmpo brothers — including Giannis — played in a game at the same time!!

And, the embrace the trio shared afterward will hit ya right in the feels!!

The awesome moment all went down late in the 4th quarter of the Lakers vs. Bucks game in L.A. … when Giannis and older bro Thanasis were pouring it on the home team.

Then, suddenly, with 2:18 left in the blowout … the Lakers sent in the youngest Antetokounmpo, Kostas — and the party was ON!!

For close to a minute … the three bros hooped, with Kostas at one point even guarding Giannis!

Eventually, Giannis was subbed out, but Kostas and Thanasis still went at it … and Thanasis even splashed a 3-pointer in Kostas’ face!

After the Bucks sealed the victory … the three bros hugged it out on the court — and Giannis later called it all “my favorite moment I’ve had so far in the NBA.”

“This moment, just seeing the guys that I grew up with and we slept in the same bed and we were looking at the ceiling and imagining if we were ever going to play in the NBA, if we ever were going to make it,” Giannis said.

“And, just being on the same court while our mom is having her phone and videotaping the whole thing, I think it’s priceless and nobody can take this away from us.”

Somewhat surprisingly, the Antetokounmpo brothers are actually NOT the first to accomplish the feat … NBA star Jrue Holiday and his two brothers, Justin and Aaron, did it first back in December 2019.