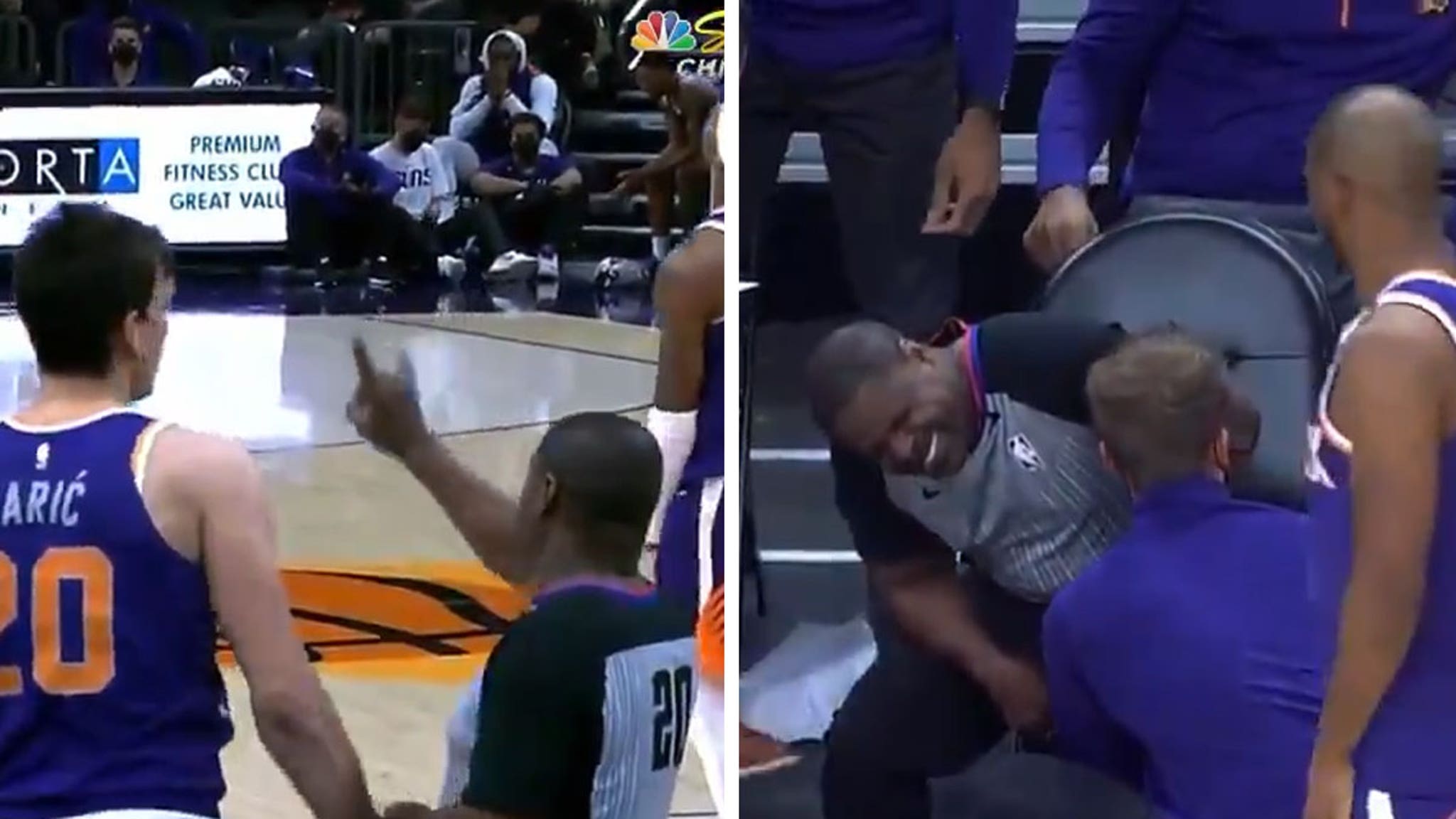 Longtime NBA referee Leroy Richardson was due for a full-on ice bath Wednesday night … ’cause the guy got banged up in not one, but TWO incidents while officiating a game — including a shot to the family jewels!!

But, don’t worry — the ref recovered like a true champ and finished the game!! 💪

Richardson — who’s been a ref in the NBA for 26 years — was working the Suns vs. Bulls game … when Phoenix power forward Dario Saric accidentally smacked him right in the baby maker.

Saric immediately grabbed Richardson to apologize for the truly unfortunate nut shot … and eventually, the ref was able to walk it off.

But, the bad luck continued with just 2 minutes left in the game … when Chicago forward Denzel Valentine accidentally bumped into Richardson while contesting a 3-point shot … sending the ref flying into the bench and tweaking his ankle in the process.

Either incident would have been a great excuse for a ref to leave the game — but not Richardson. After all, he was in the Navy for 12 years … so he’s one tough dude!!

It hasn’t been a great week for refs — remember, NCAA official Bert Smith had a scary moment when he collapsed during an Elite 8 game earlier this week … but thankfully, he’s been in stable condition since.

Glad to see everyone is okay … be safe out there!!