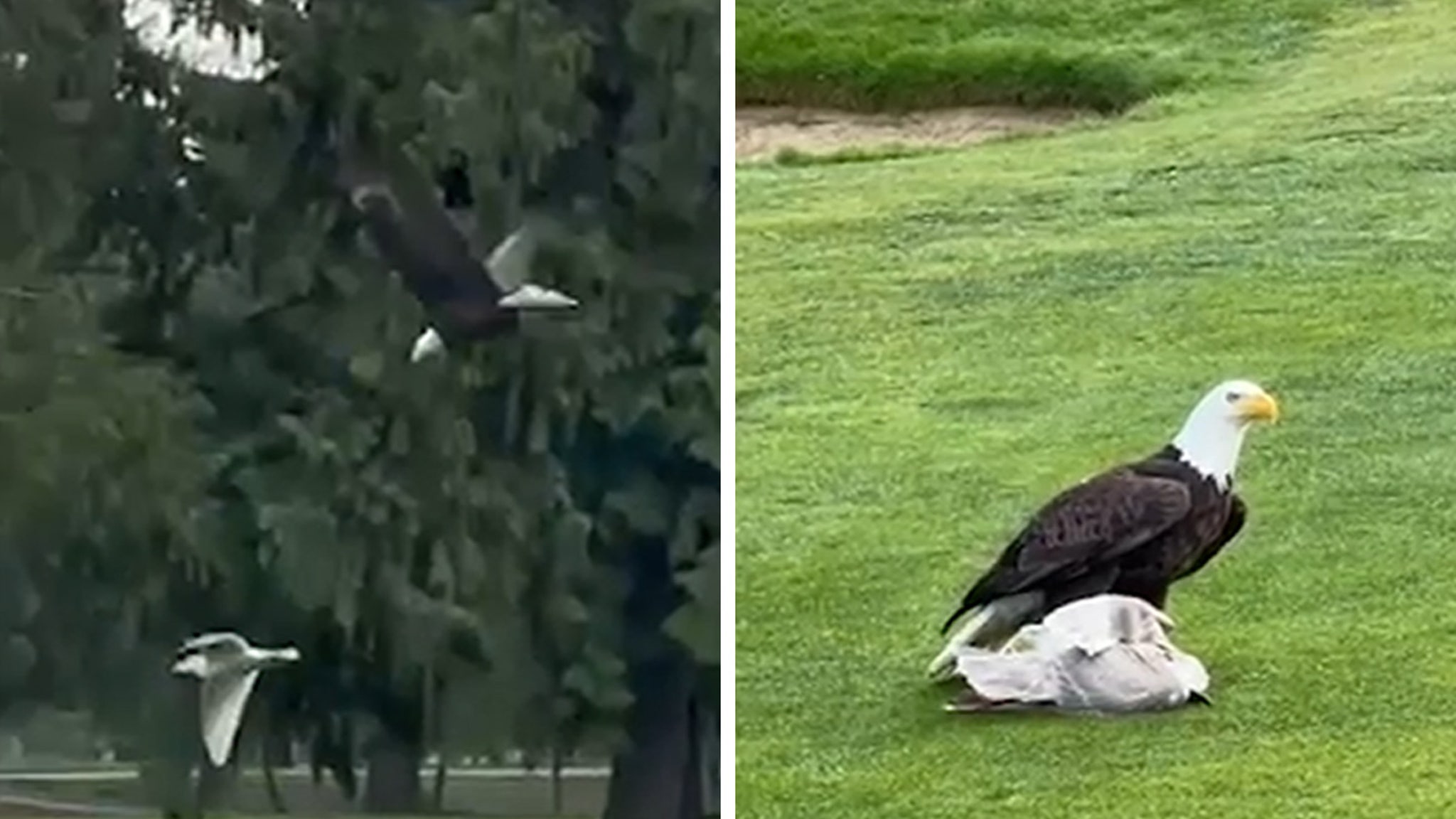 You’ve seen birdies and eagles on a golf course before … but ever seen an eagle EAT a birdie on the links?!!?!

That’s exactly what happened during some guy’s round in Canada on Thursday … when a bald eagle straight up hunted down a seagull and then ate it right next to a fairway!!!

The wild scene all went down out at Point Grey Golf & Country Club in Vancouver … where a golfer decided to whip out his camera as an eagle was flying by.

What happened next was INSANE … the eagle stalked a seagull — tailing it at full speed, before it finally latched on to the bird with its razor-sharp talons.

The eagle took the ‘gull to the ground … then began eating it — and eventually took off with the carcass like it was a small purse!!

The guys on the course were shocked by what they had just seen… with one of the guys saying, “That was crazy!”

By the way … in case you were wondering, seagulls ARE actually a part of bald eagles’ diets.

According to the National Eagle Center, the majestic beasts normally munch on fish, but smaller birds like seagulls and other mammals are often on the menu too.