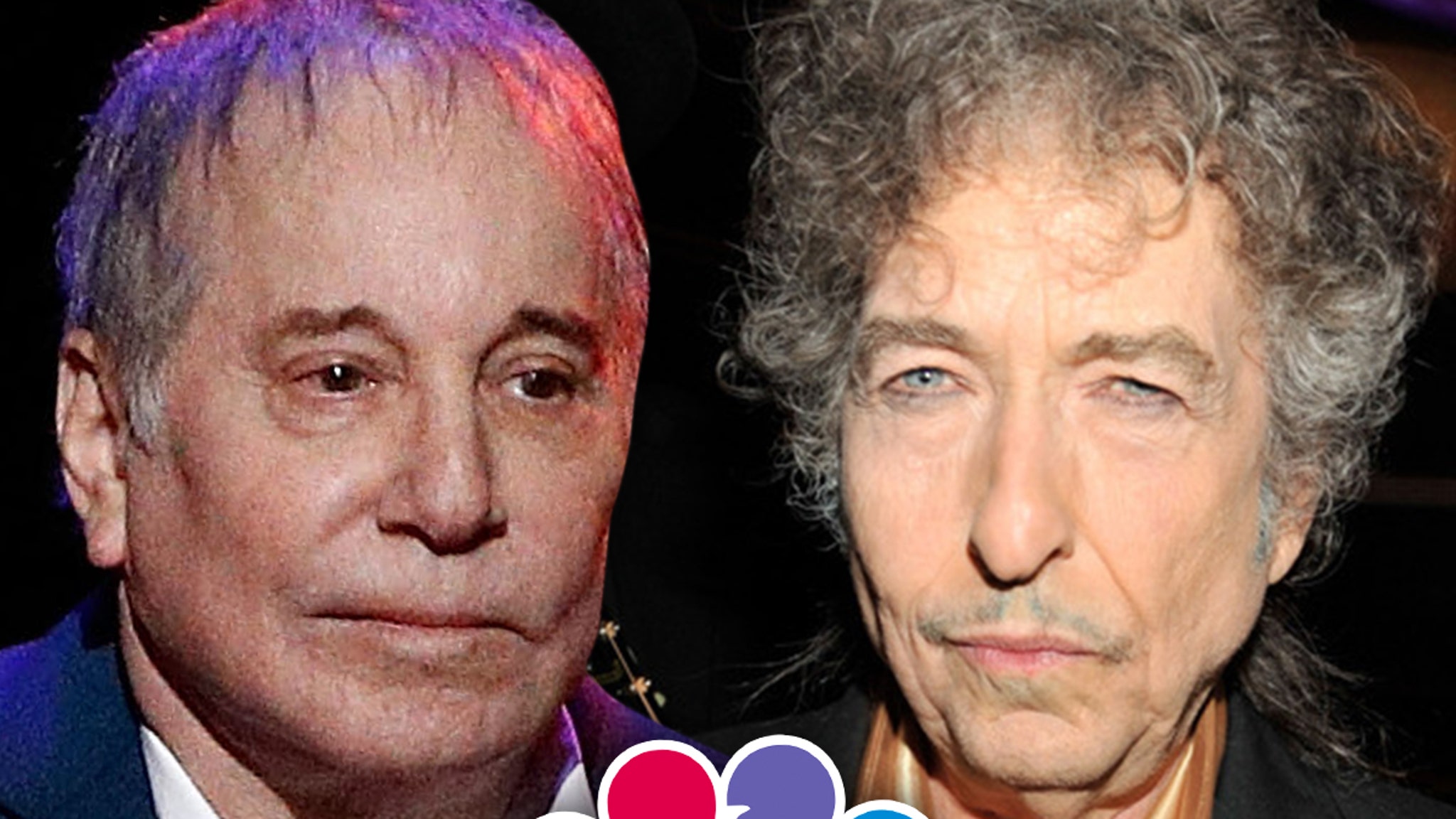 Paul Simon will be a forgotten name in the history books when scholars look back on 20th-century music and see only Bob Dylan and The Beatles standing tall — that’s the polarizing take of one NBC writer, anyway.

Jeff Slate — a NYC-based songwriter and journalist — penned a controversial piece for NBC Think … titled, “Paul Simon sold his catalog to Sony for millions. He’ll still end up a historical footnote to Dylan.” Indeed … it is triggering.

Paul Simon sold his catalog to Sony for millions. He’ll still end up a historical footnote to Dylan, writes @jeffslate.

He was a prolific songwriter with a lucrative catalog. But there are only a few names our descendants will ever learn.https://t.co/aig0lCT82S

His subheading reads, “He was a prolific songwriter with a lucrative catalog any corporation would happily monetize. But there are only a few names our descendants will ever learn.”

We know, we know … you’re fuming already. That’s exactly what the internet is doing as well as it jumps to PS’s defense.

You can read Slate’s take in full for the big picture — which is all about how Dylan recently sold his catalog of music and the rights to it to UMG for a reported $400 million, and how Simon followed in his footsteps by doing the same with Sony for his rights — but the gist here is … Paul Simon will be an “also-ran” compared to BD when it’s all said and done.

This is bullshit.
I’ll take Paul Simon any day over Dylan
Not that I don’t like Dylan, but Paul Simon is one of the absolute greatest and probably my very favorite of many beloved artists. https://t.co/7jhVhwM4d6

In Slate’s view, Dylan will perhaps be alone with John, Paul, George and Ringo and as the standout folk/rock acts of the ’60s/’70s — and that artists like Bruce Springsteen, Joni Mitchell, Neil Young and others will fall by the wayside, especially among younger, average-Joe listeners.

That seems to be what Slate’s getting at — and of course, A LOT of people disagree … with some arguing Simon is just as prolific and culturally impactful as Dylan ever was. We don’t have to get into a pissing contest … both guys have scores of songwriting credits and hits under their belts. Of course, you could argue Dylan is perhaps the better-known of the two.

It also seems people are kinda missing Slate’s broader point — while he does believe Simon will ultimately be forgotten, he supports his move to “cash out” on his catalog while he still can, going on to call that troubling truth, as he sees it, an “indictment of our times.”