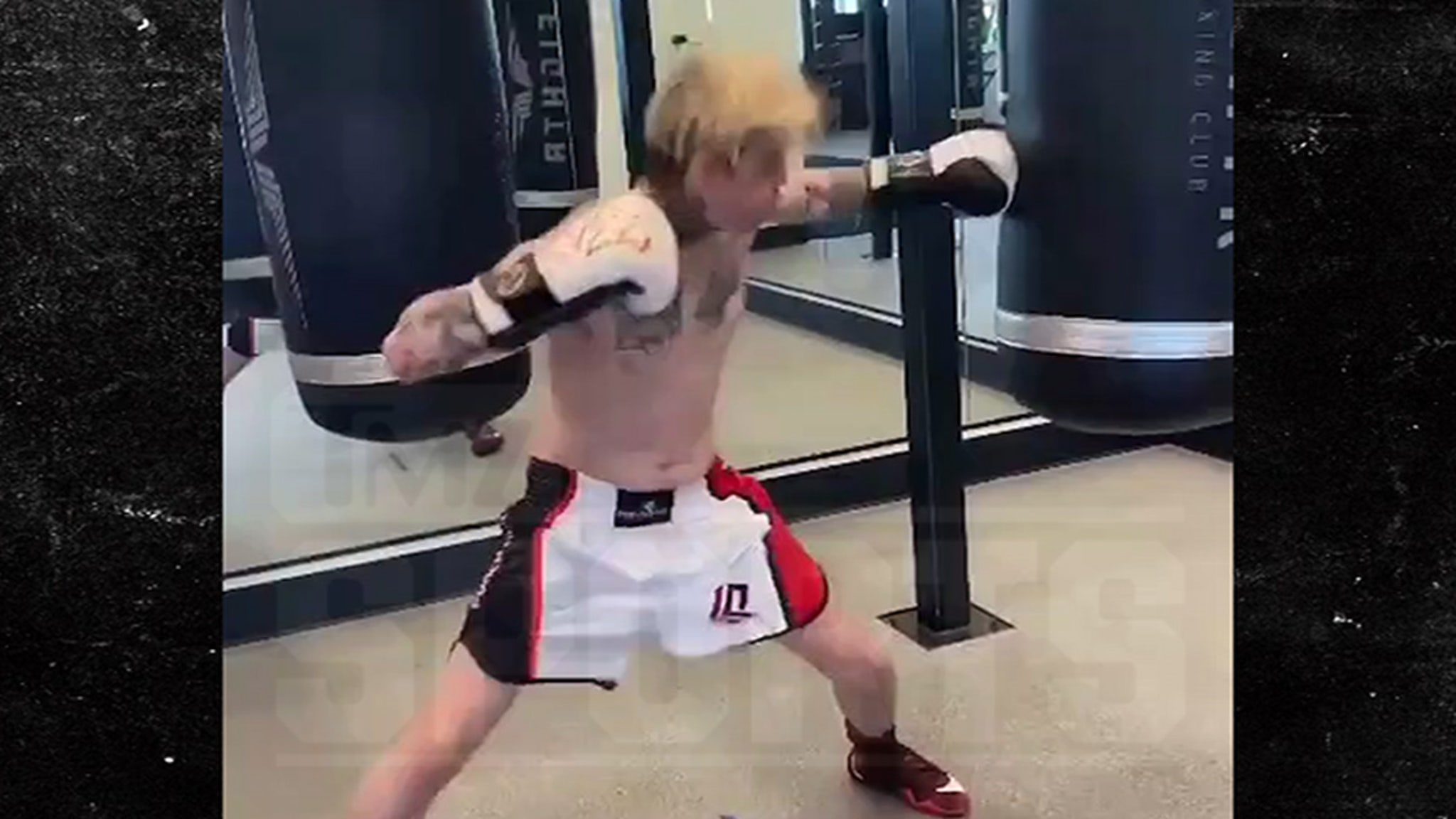 Heads up, Lamar Odom … this summer’s boxing match with Aaron Carter might not be a cakewalk after all!!!

TMZ Sports has obtained new workout footage of the ‘Aaron’s Party’ singer … and it’s clear as day, in about a month, Carter’s improved his jabs immensely!!

Remember, AC agreed in February to fight Odom at a celeb exhibition match in Atlantic City in June … and the first clips we got of the guy on the mitts weren’t exactly impressive.

Carter — who ya gotta at least admit was bustin’ his ass HARD — struggled with power behind the punches … and when Odom released his own workout vid just a few days later, there was obviously some concern for Aaron.

But, check out the new clip … Carter’s throwing punches with more authority — and it’s apparent the guy is taking this fight SERIOUSLY.

We’re told Carter is now training with mixed martial arts specialist Josh Polit at FIGHTR Boxing Club in Santa Monica with the hopes of getting himself right before fight night.

About two and a half more months ’til it all goes down … can’t wait!!!