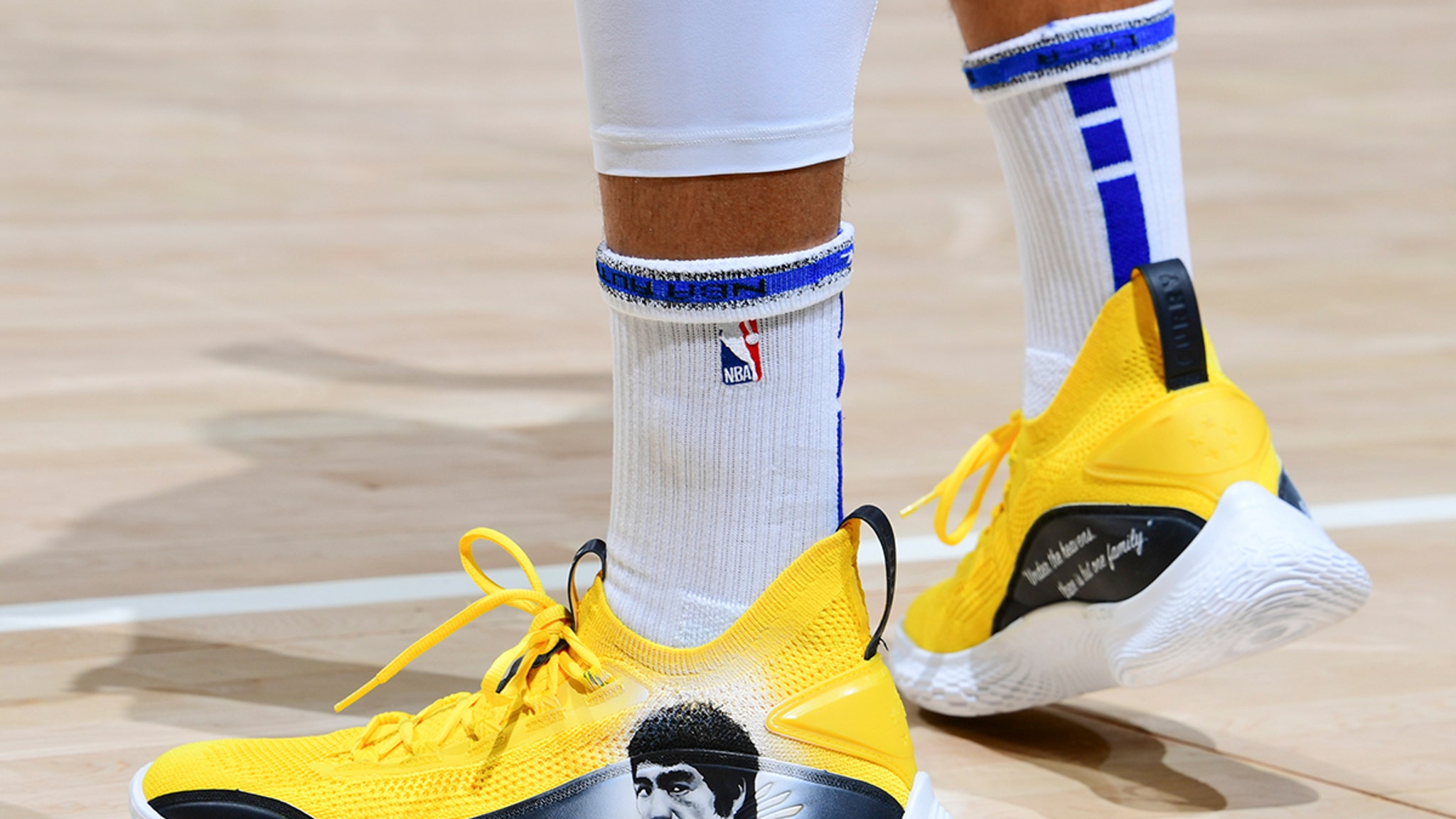 Bruce Lee‘s family LOVES that Steph Curry rocked a special pair of sneakers to honor the legend during Sunday’s game … especially since he’s going to auction them off for a good cause.

The Golden State Warriors superstar teamed up with the Bruce Lee Foundation to create a custom pair of Curry 8s with Lee’s image hand-painted on each shoe.

One image is a solo shot of Lee. The other image is based off a photograph of Bruce with his wife and children.

Steph wanted to show solidarity to the Asian community in light of the recent wave of anti-Asian hate crimes — so proceeds from the upcoming auction will go toward the families of the 8 people killed in the recent attack on Asian-run spas.

“I think Stephen’s gesture is a beautiful example of allyship and solidarity in action,” Shannon Lee said.

“I am honored he would choose my father and my family as the symbol for the idea that we are all one family, as my father said, and therefore must all stand for one another.”

After Sunday’s game, Curry also talked about the collaboration and why it’s so important to him.

“It’s a significant opportunity to raise some money. We’re gonna auction them off and obviously what Bruce Lee stood for in terms of unifying people, speaking on the collective harmony of everybody from different backgrounds, different races but especially his Asian heritage — I think he has a lot of quotes and just narratives and themes that he spoke of consistently that still ring true today and I know his foundation do a lot to live that out, to impact people’s lives and continue to spark change.”