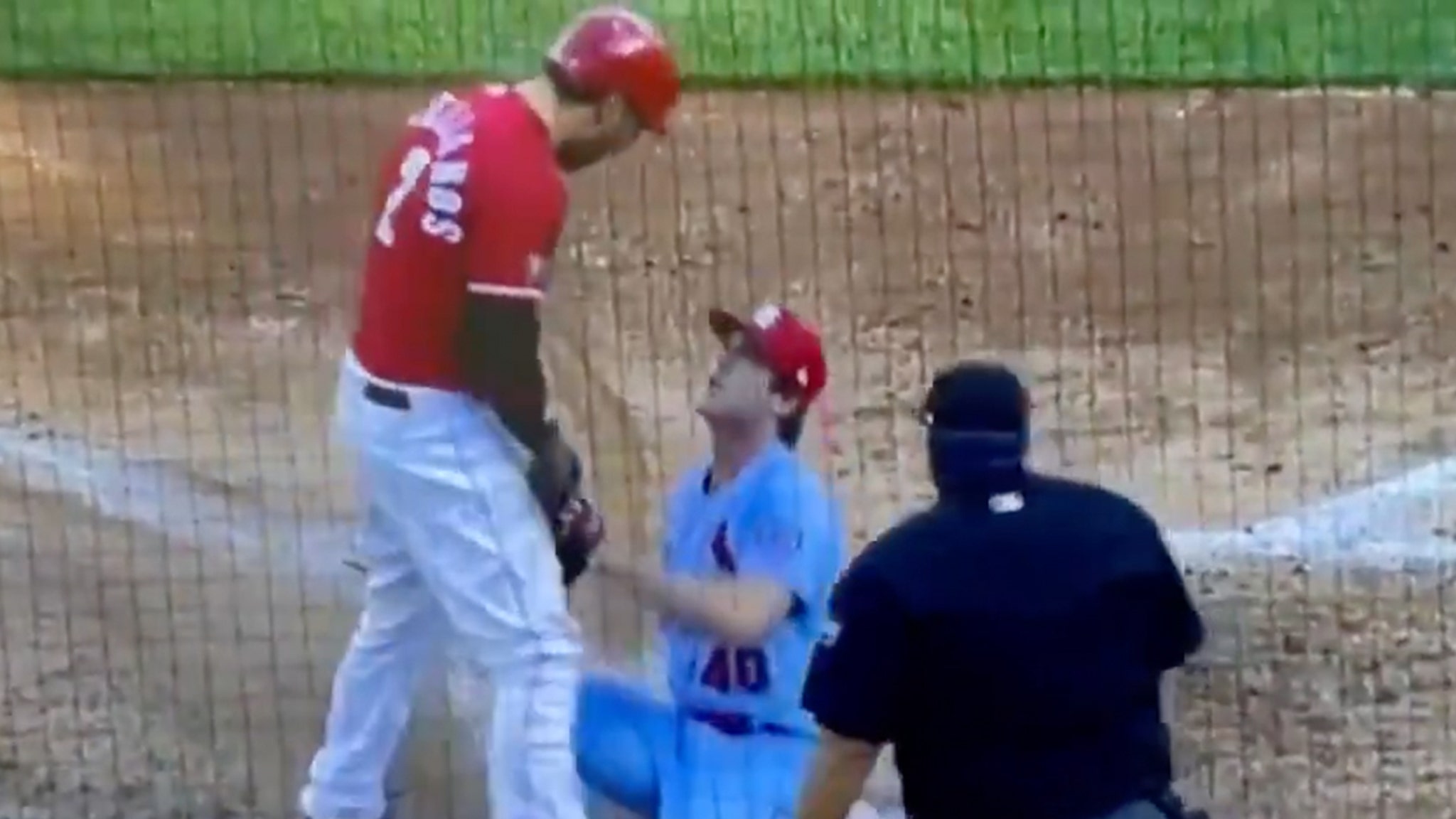 The MLB has just suspended Nick Castellanos — one of the league’s best hitters — TWO GAMES … and it’s all because the Reds star flexed in a pitcher’s face on Saturday.

The ban is wild … mostly because the events that led up to it were all fairly benign when considering the unwritten rules of baseball.

Here’s the deal — Castellanos had homered on Opening Day against the Cardinals, and pimped the hit with a bat-flip and a stroll to first base.

Nick Castellanos with the first BIG bat flip to hit the Flippin’ Bats scale. The trot + the flip = 7.1

Clearly, the Cards didn’t love that … and pitcher Jake Woodford then drilled the Cincy outfielder in the ribs with a 92 MPH fastball in the ensuing game Saturday.

Castellanos hated it, talked a little smack and when he came around the bases to score a few pitches later … he let Woodford hear it at home plate with a flex and a yell.

First bench clearing situation of the year! Jake Woodford hit Nicholas Castellanos. Then Castellanos scored on a passed ball in the inning and showed some emotion towards Woodford! pic.twitter.com/EUyFxKaPRQ

The benches ended up clearing, but no physical contact happened … and Castellanos was ejected.

Most thought that would be that — but MLB decided to drop ANOTHER hammer on Nick on Monday.

The league says it’s banning Castellanos two games … though it is allowing him to appeal — which means he can still play until the conclusion of the process.

As for the rest of the players involved … nobody else was hit with suspensions — with just a few other players getting undisclosed fines.

Yeah … message to MLB: Let’s go ahead and make sure to get this one right in the end and let Castellanos play.