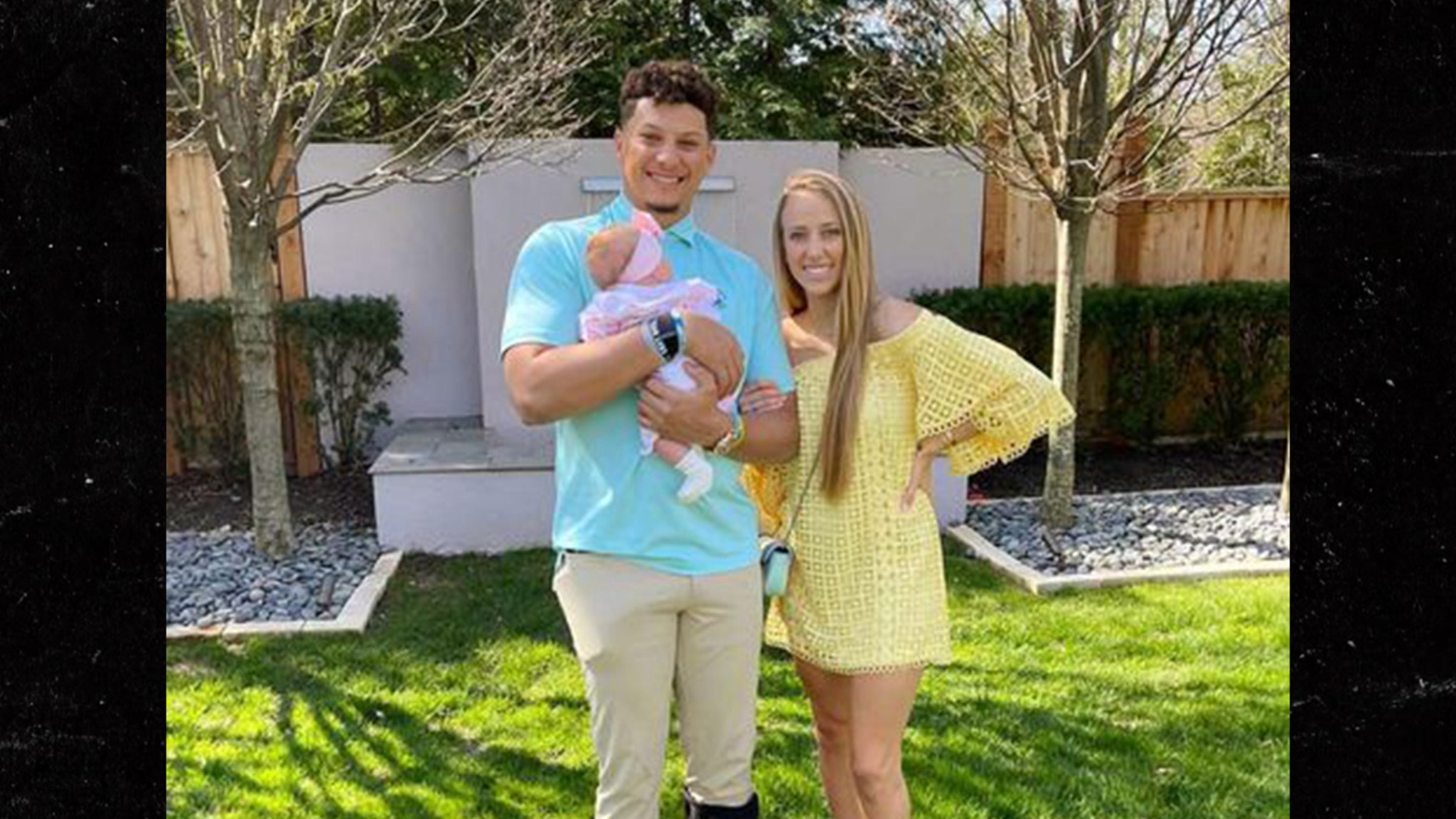 The bad … despite having surgery TWO MONTHS AGO, the K.C. star quarterback’s foot/ankle is still in a protective boot.

Mahomes’ fiancee, Brittany Matthews, posted an Easter Sunday family pic featuring herself, Patrick and their newborn daughter … and it created quite the stir in the NFL world.

You’ll recall … Mahomes injured his toe at some point in the Chiefs’ playoff run last season, and the 25-year-old needed surgery just a few days after K.C.’s Super Bowl loss to repair the damage.

Most thought Patrick would be good to go for workouts at this point … but Matthews’ photo shows the quarterback still clearly has quite a bit of recovering left to do.

Thankfully, Mahomes said on Twitter late Sunday he’s not worried about anything regarding the injury … despite still being in the boot.

“Lolol yeah,” Mahomes said in response to Pat McAfee asking about the injury. “all good.”

The Chiefs are set to begin Organized Team Activities in just 2 weeks … and seems unlikely Patrick will be good to go by then.

With the season 5 months away though … probably not the time to be sweating things too much in K.C. yet.