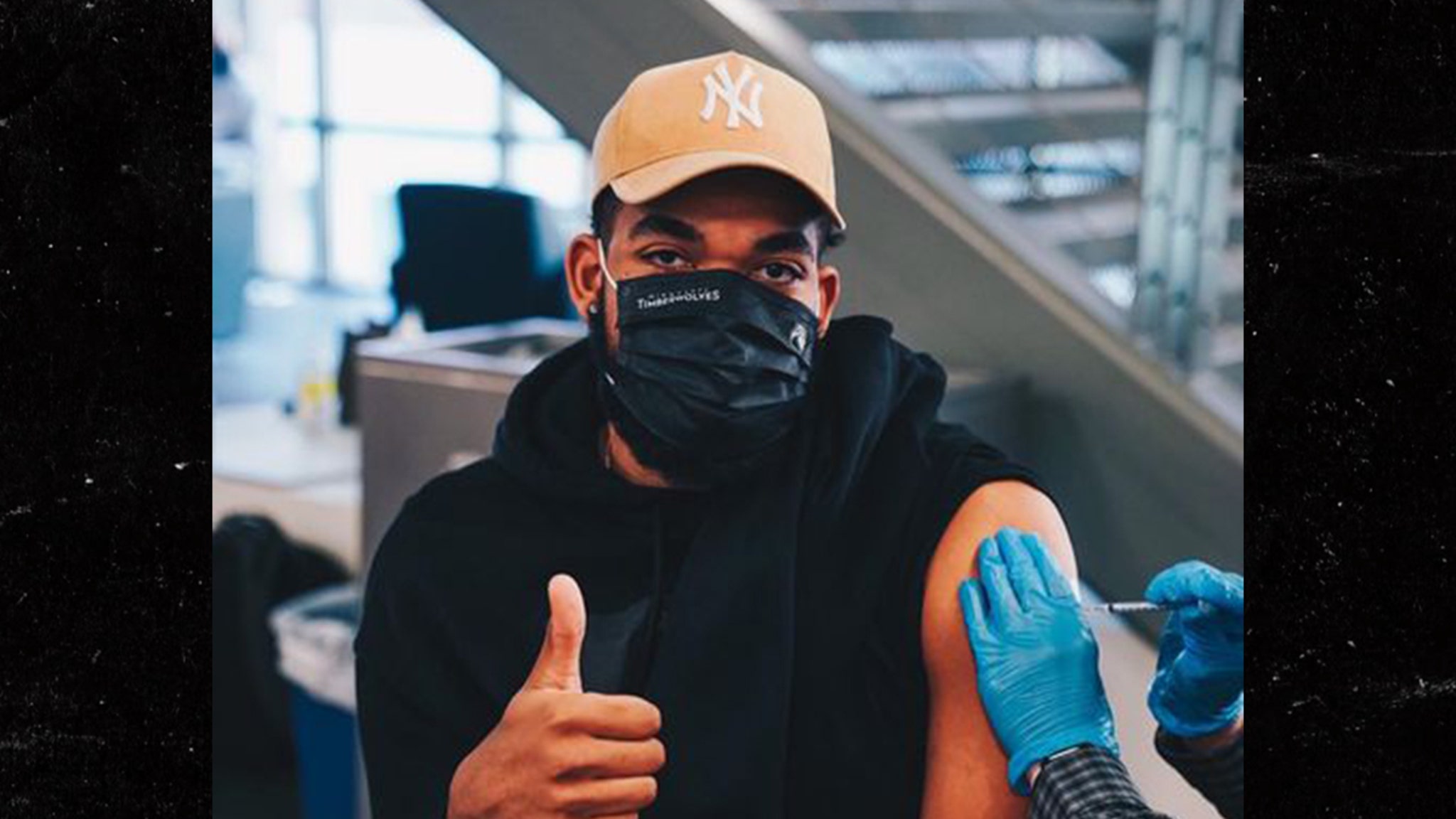 NBA star Karl-Anthony Towns has received his first dose of the COVID-19 vaccine … one week before the anniversary of his mother’s tragic coronavirus-related death.

The 25-year-old Minnesota Timberwolves center shared the news on Tuesday … posting a pic of the moment he took the needle in his left arm, while giving a big thumbs up.

Of course, the Towns family was greatly impacted by the COVID-19 pandemic — KAT’s mother, Jacqueline, tested positive in March 2020 and the symptoms were severe. At one point, doctors placed her in a medically induced coma due in hopes of saving her life — but it didn’t work and she passed away on April 13.

Karl and his father, Karl Sr., later contracted the virus … but both have since fully recovered.

A large number of NBA players have received the vaccine over the past month … although commish Adam Silver says it is not currently a requirement to play.

KAT previously spoke about how the virus affected his family … saying, “I pray every day that this nightmare of a virus will subside and I beg everyone to continue to take it seriously by taking all of the necessary precautions.”

“We cannot stop the spread of this virus alone, it must be a group effort by all of us.”