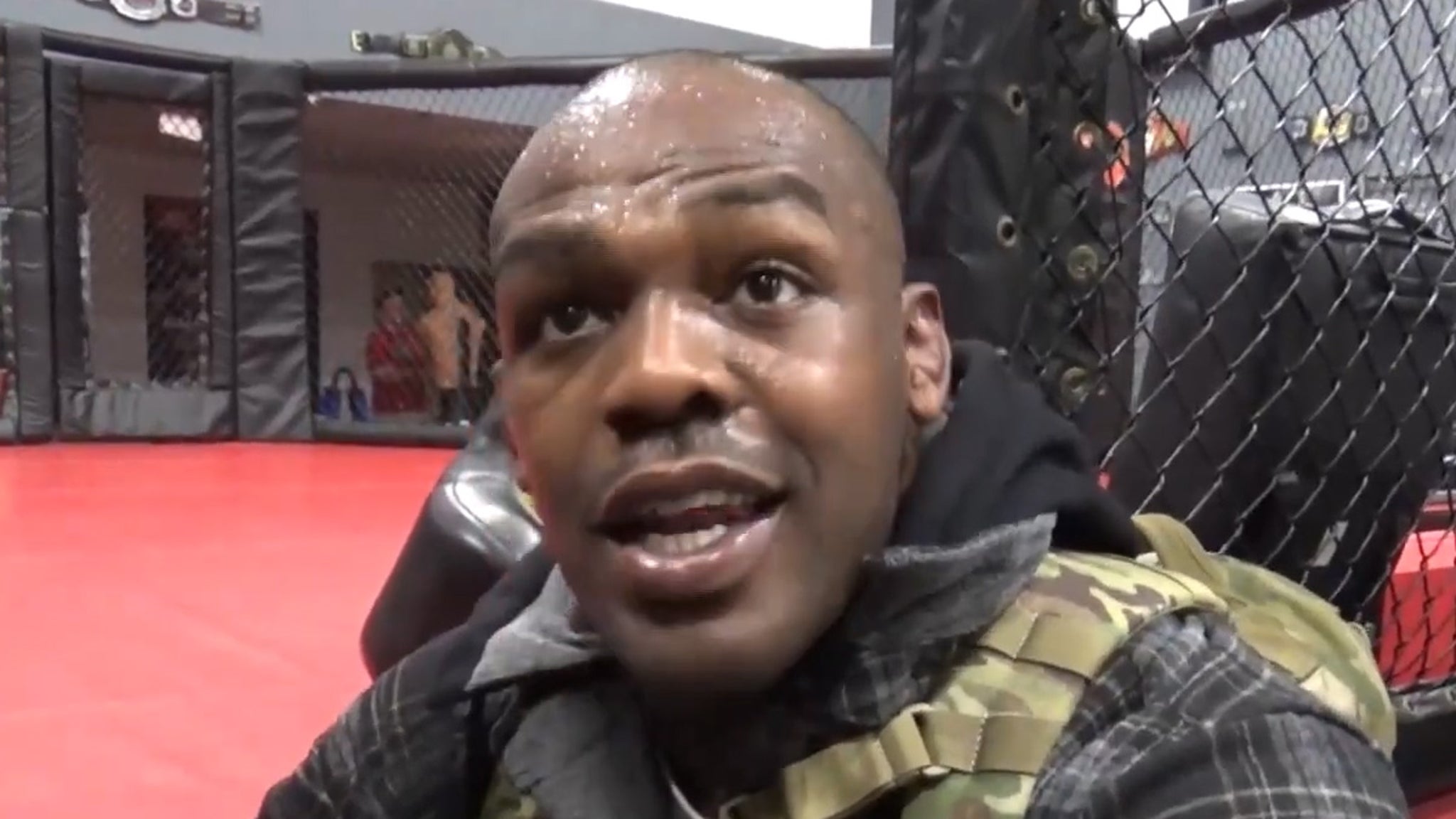 Jon Jones believes he WILL come to terms with the UFC on a deal to fight heavyweight champ Francis Ngannou … saying, “I think it’s gonna happen.”

Jones vs. Ngannou would be one of the biggest fights in UFC history — featuring two incredible champions.

The issue has been money … Jones has said the UFC needs to write a HUGE CHECK to make it happen. He’s already told the fighting org. that $10 million is “way too low.”

But, seems there is progress being made … Jones told FightHype.com he’s confident the two sides will come to an agreement to give the fans what they want!

“Hopefully the fight happens. We just gotta stay focused and stay training and see what the UFC is going to do on their part,” Jones said between workouts at the Jackson Wink MMA gym in Albuquerque.

Jones added, “I think it’s gonna happen … I think the UFC will eventually do the right thing.”

“I think this is one of the greatest fights of our generation and it would be really sad if it weren’t gonna happen. And I believe that it will.”

In the meantime, Jones says he’s training like a maniac — trying to bulk up so he can match up with the larger Ngannou.

Jones has fought as a light heavyweight since 2008 — usually weighing right around 205 pounds.

Ngannou, on the other hand, weighed 263 pounds when he defeated Stipe Miocic for the UFC heavyweight title at UFC 260 back in March.

For his part, Ngannou is all about the Jones fight — telling TMZ Sports, “I think this might be the biggest fight of his career and mine.”