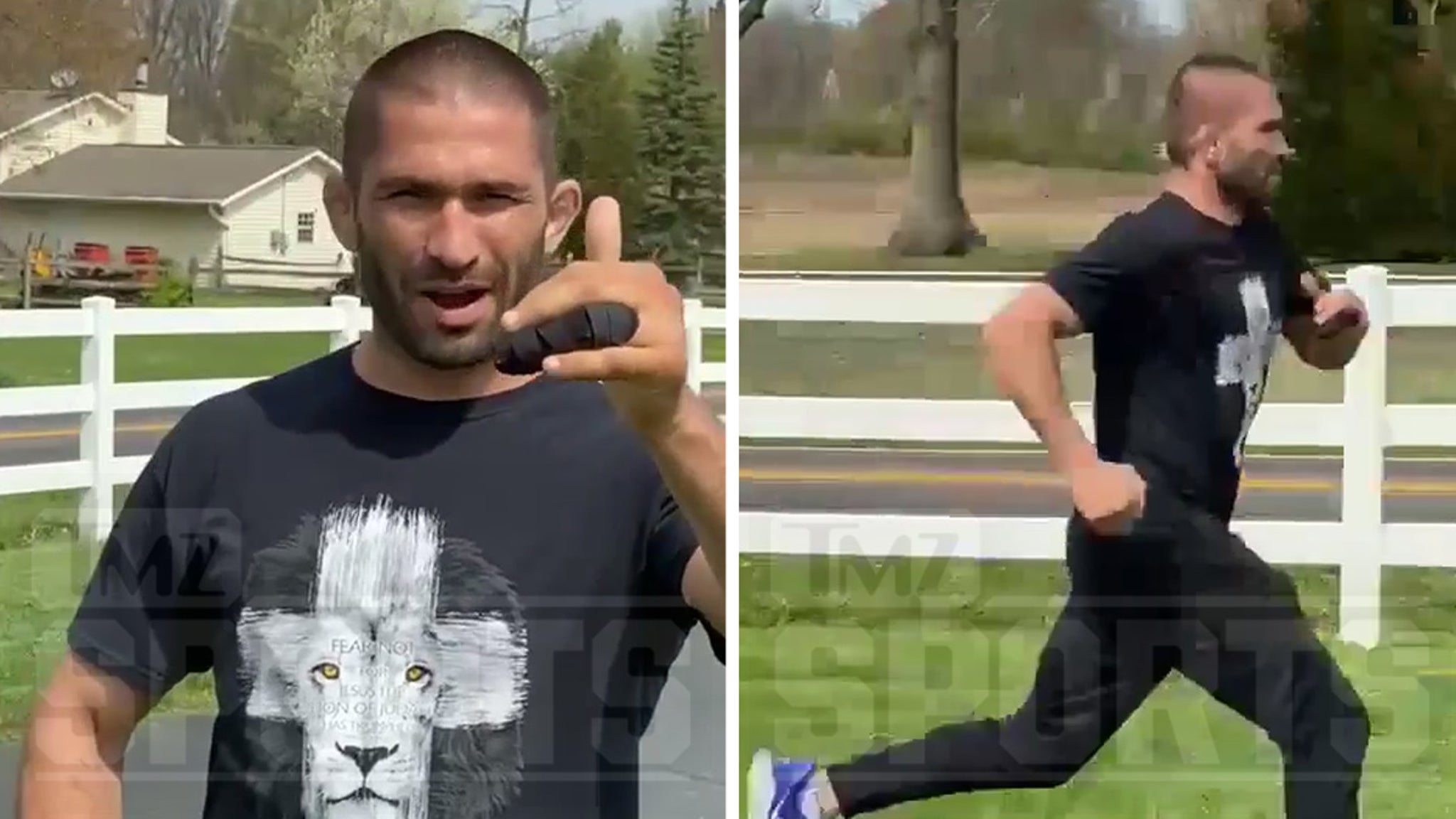 MMA fighter Khetag Pliev is so tough, he’s already working out again … less than a week AFTER SOMEONE RIPPED OFF HIS FINGER!

Remember, Pliev was fighting Devin Goodale at Cage Fury Fighting Championship in Philadelphia on April 1 when suddenly everyone noticed Pliev was missing a digit!!!

People scoured the arena looking for the detached finger — which was ultimately located inside Pliev’s glove.

37-year-old Pliev was rushed to a hospital and doctors were able to successfully reattach it.

Fast-forward 6 days … and Pliev has already resumed his training!!!

Check out the footage of Pliev getting in some cardio while his finger is stabilized with a special medical brace.

For the record, we spoke to Dana about Pliev’s injury — and to say Dana was impressed with his toughness is an understatement!!!

Just make sure that finger STAYS on your hand!!!