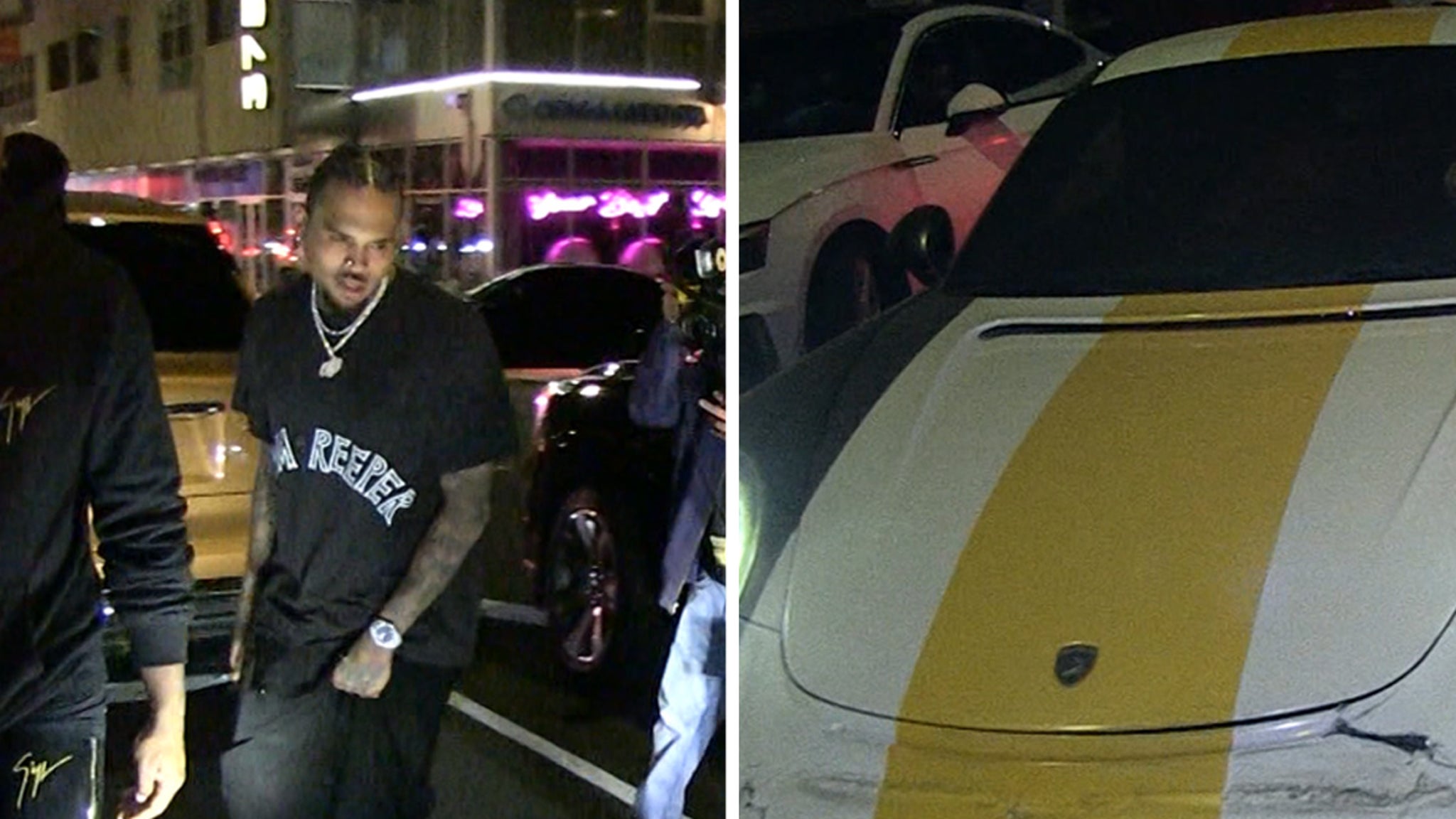 Chris Brown is a way more chill guy these days, and everyone saw it when his sports car got busted up with the valet — although maybe he was just happy everyone was okay after the gnarly collision.

CB was inside The Nice Guy in WeHo around 1 AM Friday when the crazy scene went down outside on the street — we’re told a driver slammed into the back of one of the valet parked vehicles … triggering a domino effect.

As you can see … it was a pretty alarming accident with one guy’s airbag deploying and several whips getting damage, some more than others.

Breezy’s charcoal, yellow and white striped Porsche was among them … and appeared to sustain some damage to both the front and the back.

He wasn’t too worried about it though, telling us when he left the restaurant it was all good because, “I got 10 of these.” Chris was still able to leave in his car.

LAPD tells us this was a standard traffic accident involving one vehicle slamming into multiple cars. We’re told no injuries have been reported and no arrests have been made … but the crash is still under investigation.

It’s kinda funny as far as Chris is concerned — he had every reason to be pissed about what happened to his ride with the valet … but played it super cool. He’s come a long way since a very similar incident in 2018.