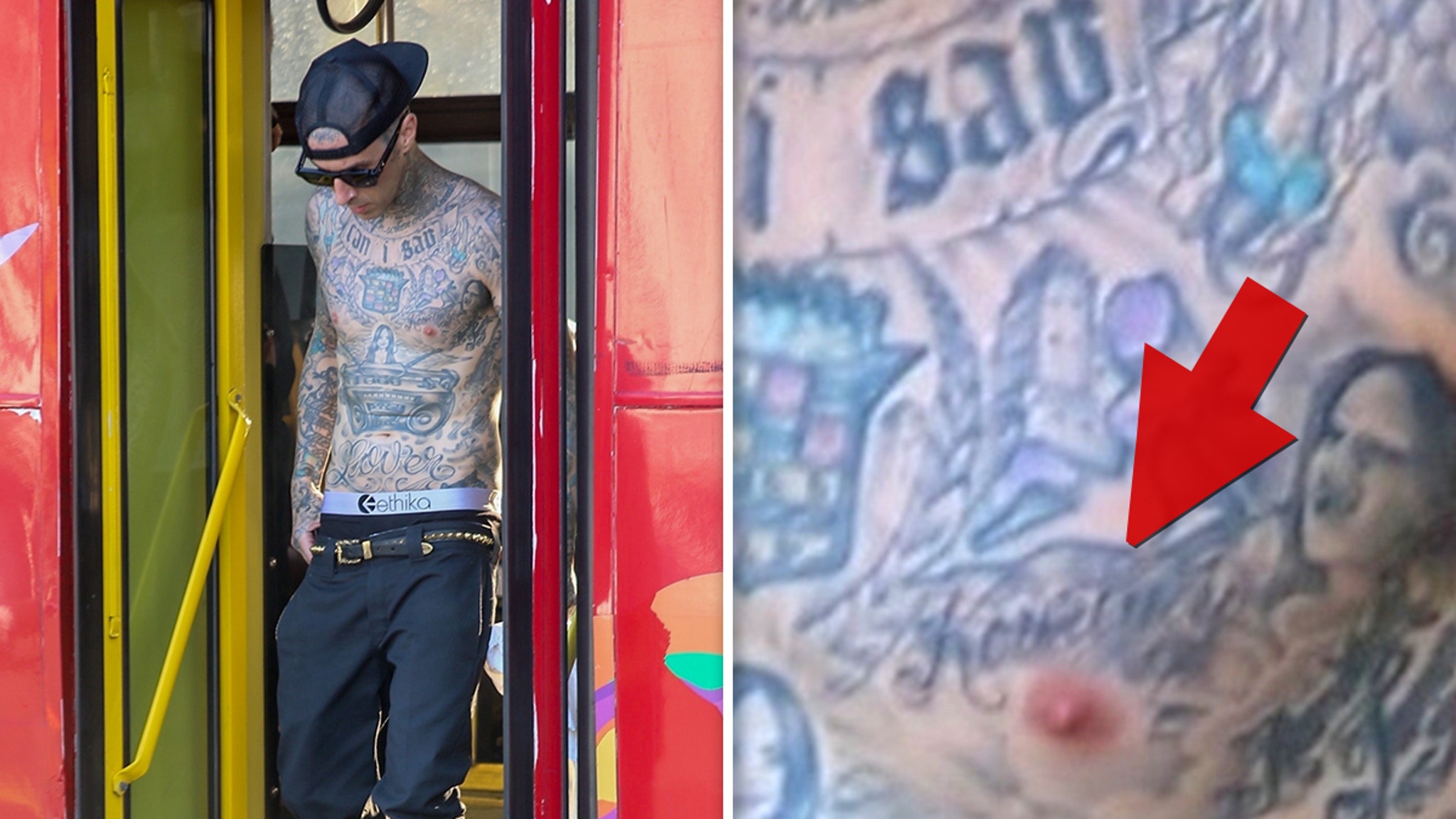 Travis Barker went ahead and did it — he got the name of his current squeeze tattooed on his body … close to his heart, too.

The Blink-182 drummer’s been seeing Kourtney Kardashian for a few months now, but he just took things to another level with some permanent ink … right above his left nipple.

Barker’s new “Kourtney” tat was visible on his chest Thursday in Hollywood, as he was getting off a Starline Tours bus where he was shooting a music video with KennyHoopla. The firstborn Kardashian sister’s name appears to be etched over one of his previous tattoos.

Though this seems to be Travis’ first official tat dedicated to his GF, some fans believe a tattoo he gave himself last month might have been meant for her as well.

He inked himself up with the words, “You’re So Cool,” an apparent reference to the film “True Romance” … and not only that, but folks think the font he used was Kourtney’s handwriting.