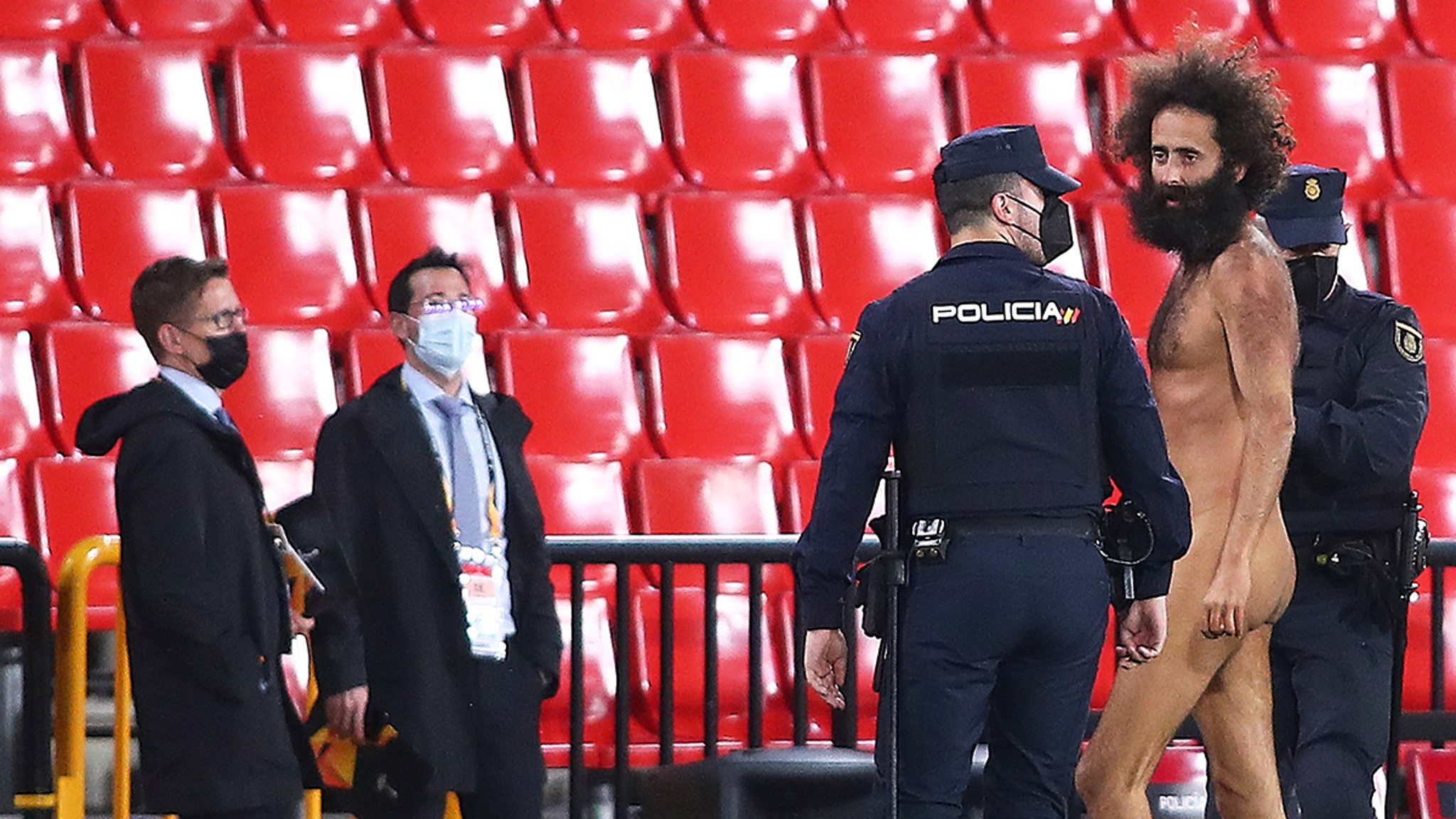 The dude you’re looking at hid in a soccer stadium for 14 HOURS before streaking BUCK NEKKID at a Manchester United soccer match in Spain!

He was taken into custody by police. And photos are circulating all over the world — begging the question, WORTH IT?!

The nude dude is 37-year-old Olmo Garcia — fittingly known as “The Naked Man of Granada” since he NEVER, EVER wears clothes.

He’s basically become a local celebrity in Spain thanks to his penchant for public nudity.

So, when Manchester United came to town to play Grenada at Los Carmenes Stadium, Garcia decided he would use the opportunity to showcase his … uh … talents (?) to the world.

Roughly 6 minutes into Thursday evening’s match, Garcia went sprinting onto the pitch — with his arms spread wide and his genitals flopping all over the place.

Shocked players, coaches and refs could barely believe their eyes. Garcia looked to be in his element.

What he lacks in shame, Garcia also lacks in cardio … because he tuckered out pretty quickly and began rolling on the floor.

That’s when security swooped in and escorted him off the field.

Streaker manages to get on the pitch during Granada vs Manchester United 😂😂😂 pic.twitter.com/JVLSS80ZT2

Officials were left wondering … how did Garcia manage to sneak into a stadium that’s blocked off to the common man due to COVID-19 protocols??

Pretty simple actually … he got there REALLY early and waited.

Police say Garcia quietly sneaked through a security perimeter and entered the stadium grounds around 7 AM — 14 hours before kickoff.

Once inside, Garcia spent the entire day hiding under a large canvas … waiting for his time to shine!

The rest … is naked history!

As for the game, Man U. came away with the 2-0 victory … but perhaps Garcia is the real winner.