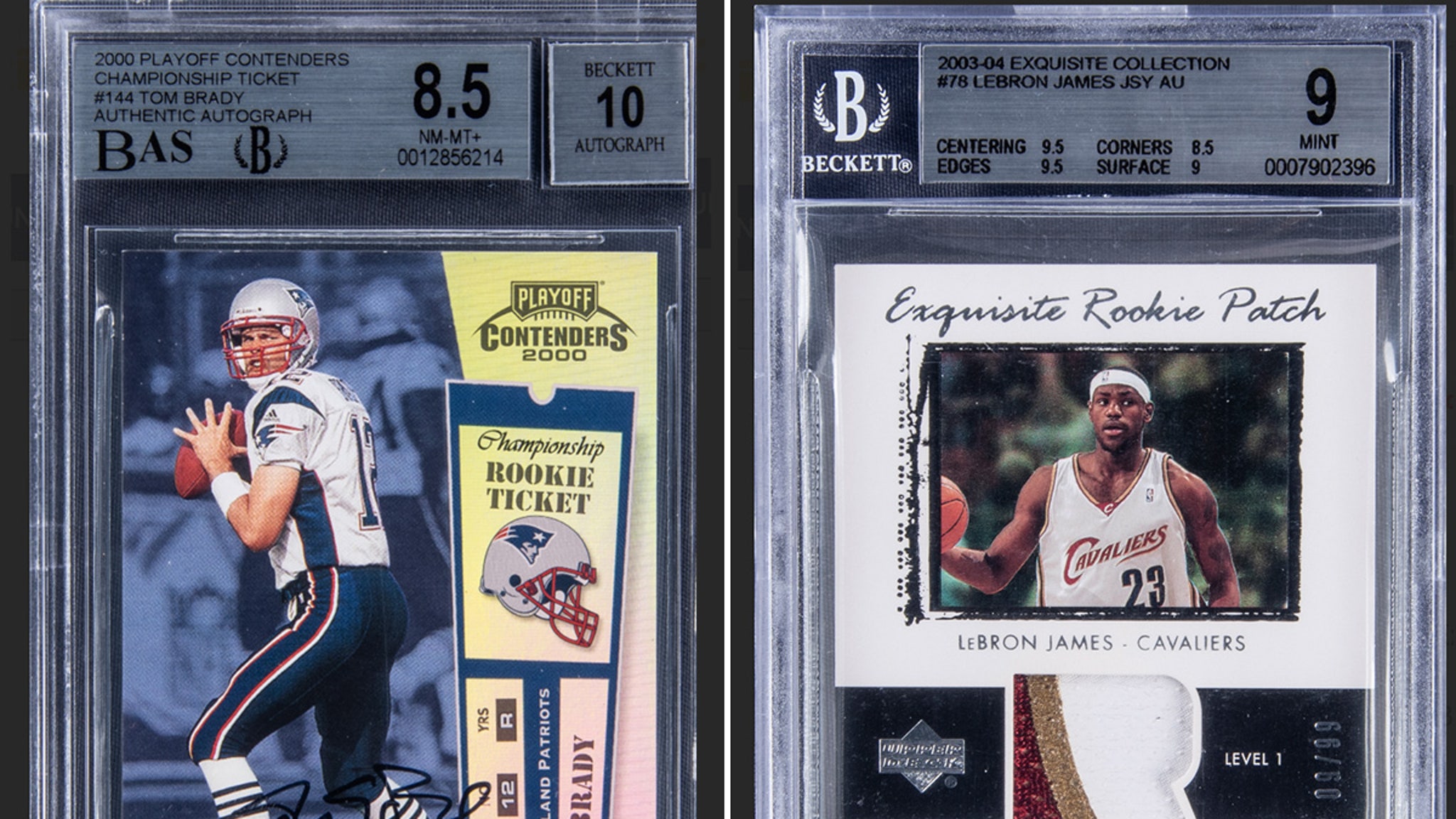 Two extremely rare, insanely valuable collector’s items — a Tom Brady and a LeBron James trading card — just hit the auction block … and are expected to sell for over $5 MILLION!!!

The card features Bron’s signature … and an actual NBA logo patch from a jersey LBJ rocked during his incredible rookie year with the Cavs in 2003.

The card was rated a mint 9 by Beckett — one of the top grading companies in the business — meaning it’s essentially in brand new condition.

The TB12 is considered the “holy grail” of modern football cards … it was graded an 8.5 (near mint +) by Beckett … and the autograph was awarded a perfect 10 (pristine) rating.

Also, a different version of the same Bron card sold for $1.84 mil in 2020 — and the card collectibles market has exploded recently.

Both cards are part of Goldin Auctions’ latest auction … which went live Friday.