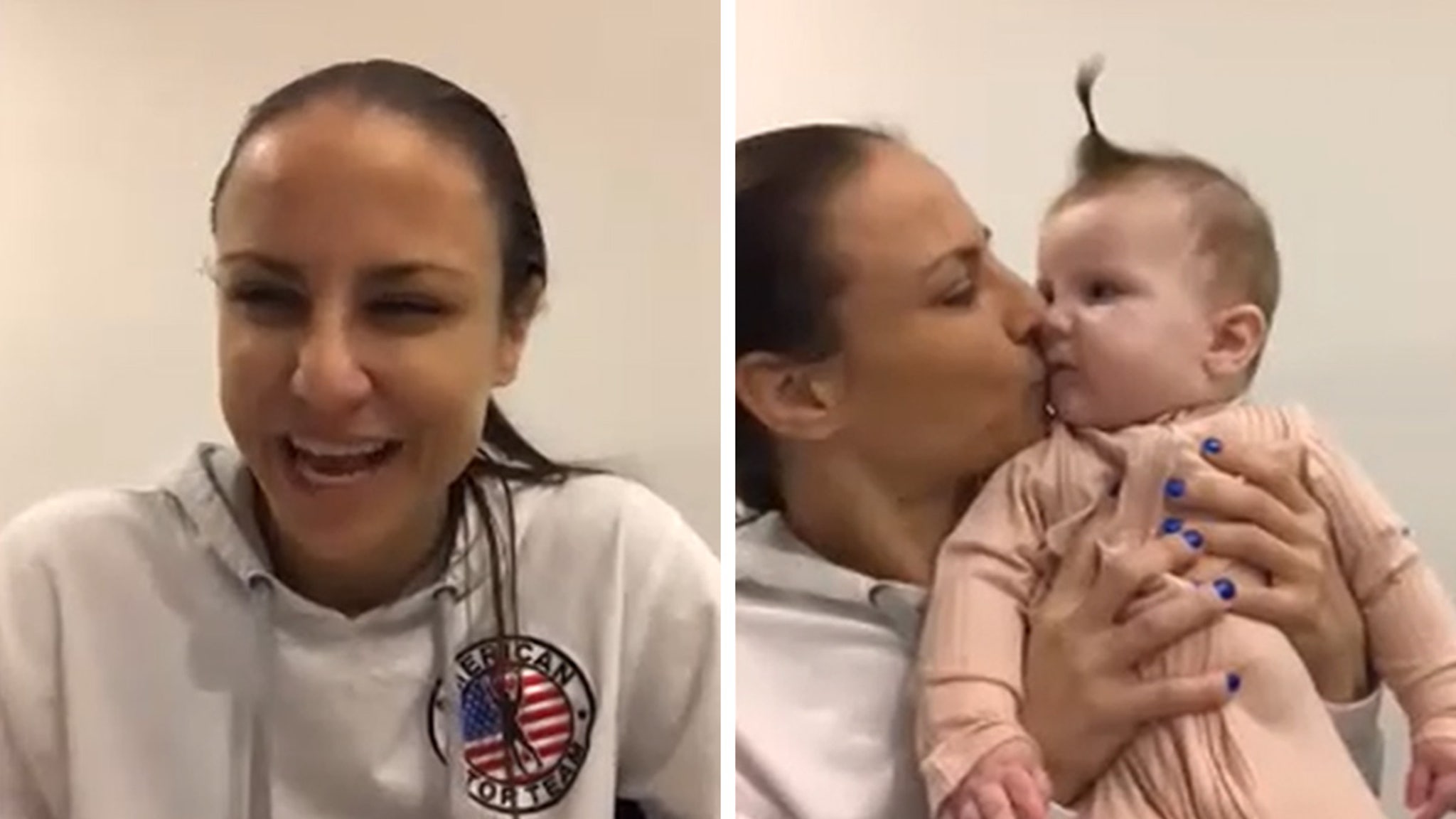 UFC star Nina Nunes just gave birth 6 months ago … but tells TMZ Sports she CAN’T WAIT to get back in the Octagon and fight on Saturday!

Nina — formally known as Nina Ansaroff — had a baby back in September with her longtime partner Amanda Nunes, who happens to be one of the greatest combat sports athletes of all time!

Nina ain’t too shabby herself — she’s the #5 ranked UFC strawweight — and she’s taking on fellow mom Mackenzie Dern on “UFC on ABC 2” on April 10.

Mackenzie made headlines herself back in 2019 when she fought Amanda Ribas just 4 months after giving birth … and gave a pretty inspiring performance, despite losing the fight.

Nunes tells us she has tremendous respect for Dern … and hopes the fight will show people you can be a mom and also kick ass as a pro fighter!

Nunes admits her delivery wasn’t exactly smooth — she had some serious medical issues that left her in rough shape.

But, as soon as she was cleared to work out, she got ripped in weeks — just look at the photos! Amazing!

As for Dern, she tells TMZ Sports the respect with Nunes is mutual — “The babies make us better athletes, better fighters, more motivated, more professional.”

Both women tell us they’re expecting a war — but it’s not personal … and they expect to take pictures with their babies together after the fight!