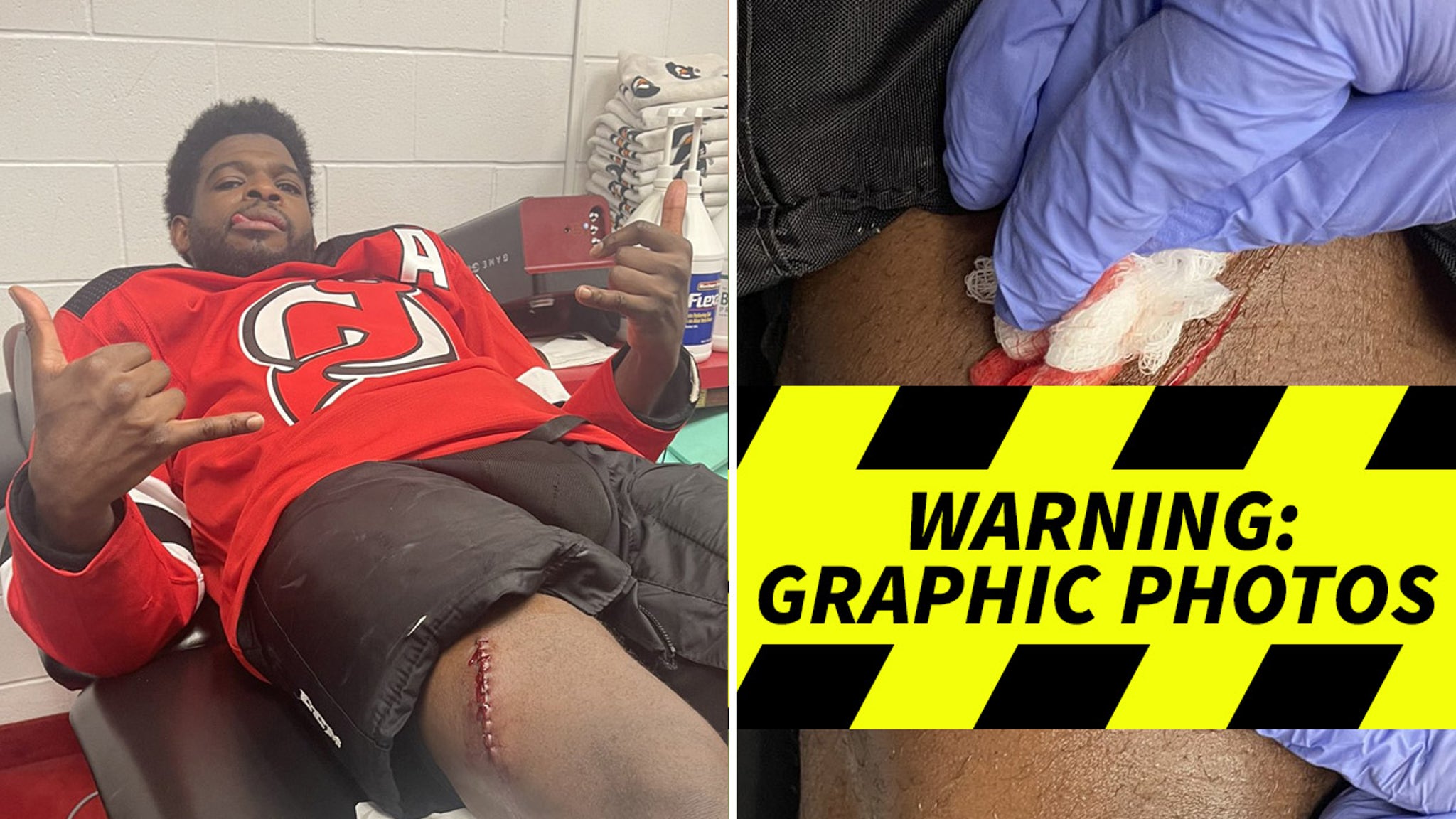 ****WARNING: PUT DOWN YOUR MONDAY MORNING EGGS BEFORE CLICKING THIS!!****

NHL superstar P.K. Subban was slashed with a skate so badly during a game Sunday … the dude suffered a massive thigh wound — and the pics of his gross injury are GNARLY!!!

The 31-year-old New Jersey defenseman shared the images of his leg after he was cut during the Devils’ game against the Penguins … and you can see, the wound is deeeeep.

Don’t worry … Subban’s fine, he even wrote of it all that he didn’t lose any time on the ice despite the cut, explaining, “Never missed a shift…”

As for how it went down, video of the accidental slash in the Devils’ 5-2 loss to Pittsburgh hasn’t been unearthed yet, but Subban explained it this way on his social media … “Skate blizzy caught me slippin.”

Guess that’s one way to put it.