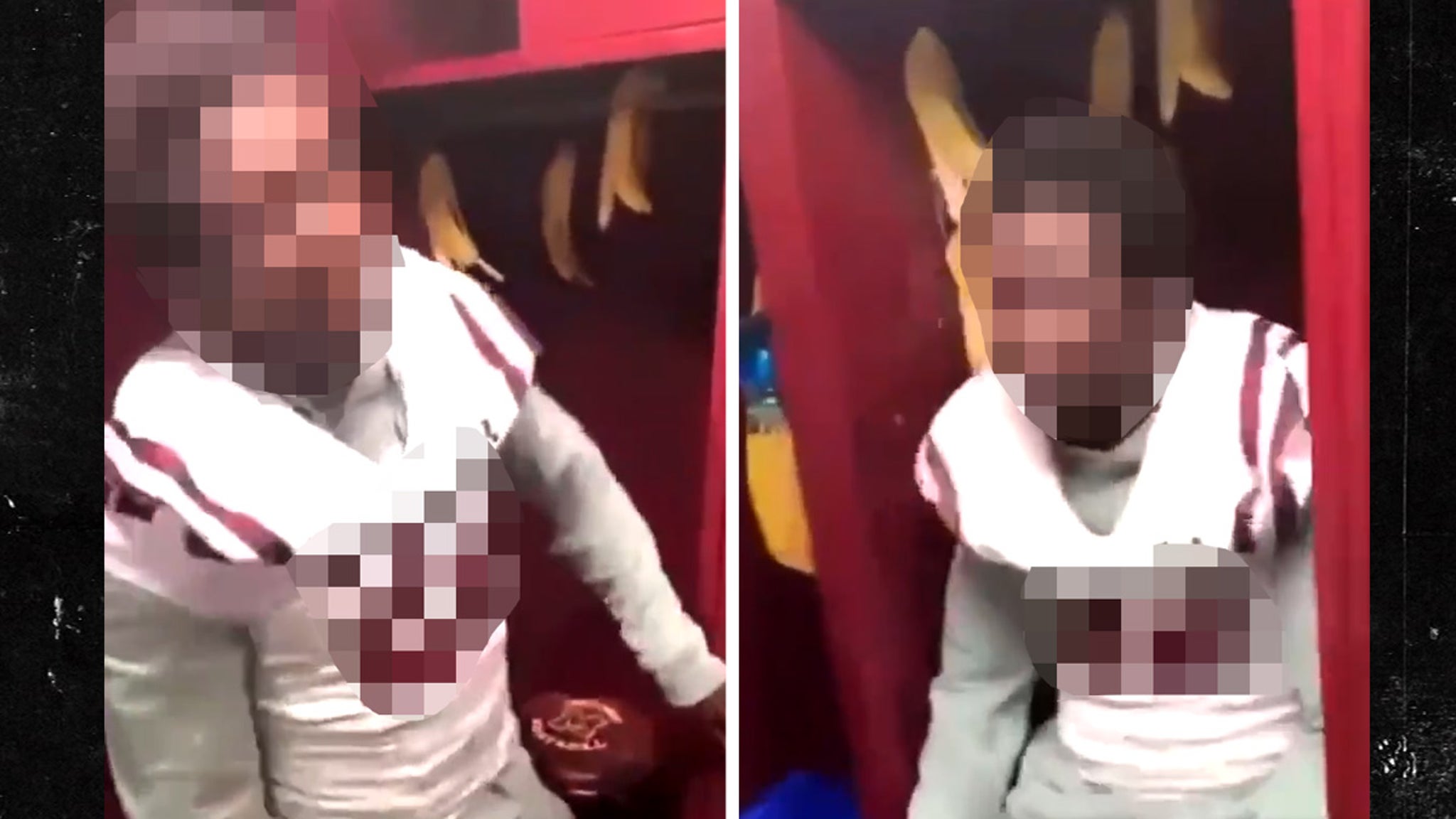 A black high school football player in Moline, Illinois was forced to sit in a locker stuffed with banana peels — while a fellow player threatens break both of his knees if he refused.

The incident was captured on video and published on social media platforms — and now, the cops are involved.

The 11 second video was reportedly shot on Thursday night — but in less than 24 hours, the footage had already made it’s way to the Moline Police Dept.

And when the team returned from an away game on Friday evening, the cops were waiting at Moline High School to interview everyone who had a role in the disturbing incident.

“On the evening of April 9, 2021 the Moline Police Department became aware of a shocking viral video circulating on social media,” Moline Police Chief Darren Gault said in a statement.

Chief Gault says detectives have identified “all athletes who were involved in the incident and the circumstances surrounding the video” — and confirmed they are “fellow high school football teammates.”

Cops note the players involved “are also individuals of both different and similar races to the victim.”

“The students directly involved in the video are all friends.”

“Regardless of these facts, we all agree that this is a disgusting way to treat a fellow teammate, a fellow human and most certainly a friend.”

The MPD says the investigation is complete and the case has been submitted to the State’s Attorney for review.

The Moline-Cole Valley School District has also been looped in. District officials slammed the “vile behavior depicted in the video” — insisting it “does not represent our core values and has no place in our learning community.”