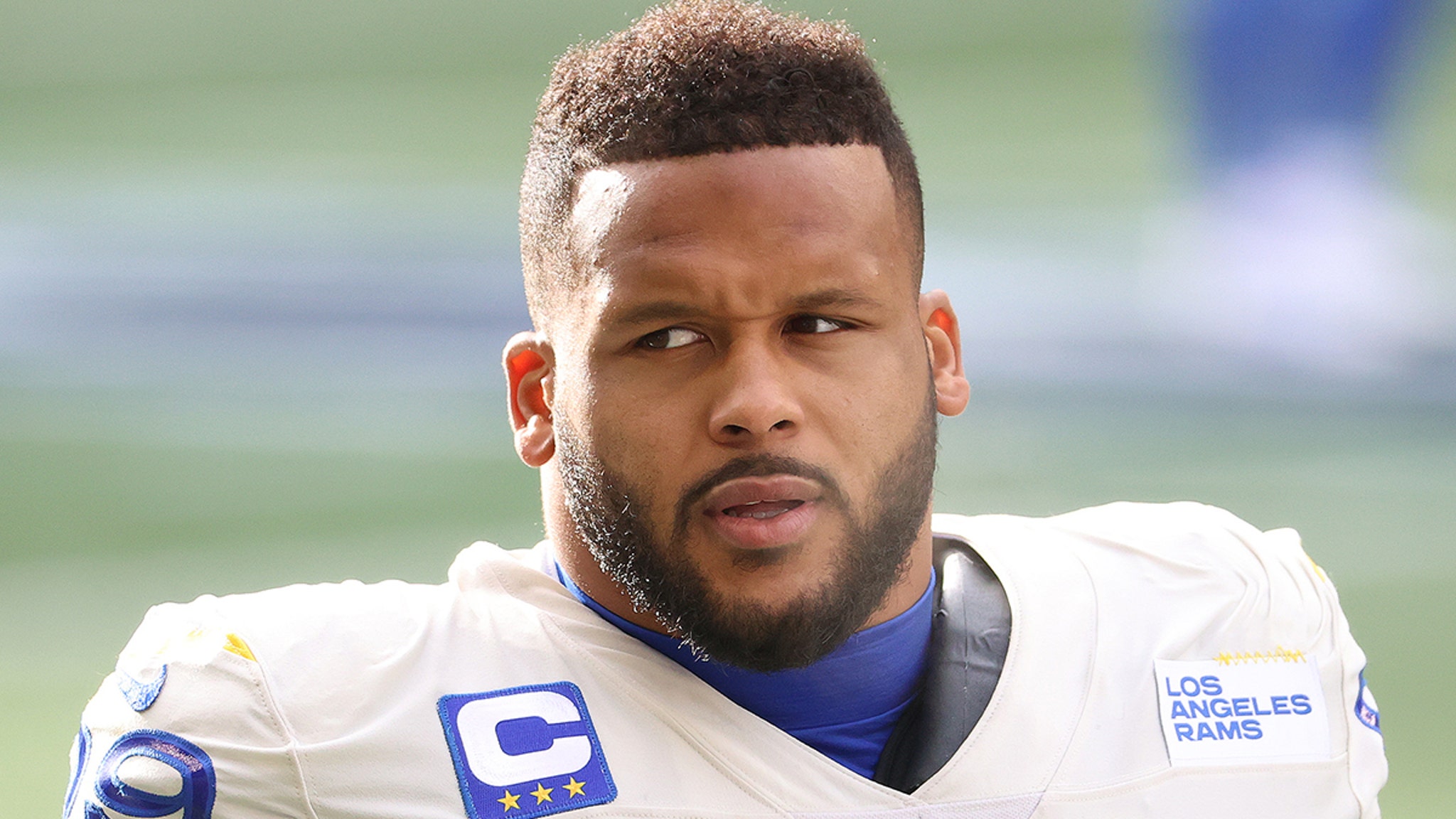 8:54 AM PT — We just spoke with attorney Todd Hollis who spelled out the allegations against Donald — saying it all started when Spriggs accidentally bumped into Donald inside of a nightclub.

Hollis says both parties were asked to leave the club — and Donald got aggressive with Spriggs outside … ultimately attacking the guy.

Hollis says he has submitted a “formalized statement” to cops — and told us his client is seeking a criminal investigation into Donald.

As for the injuries from the alleged incident, Hollis says Spriggs suffered various lacerations that required 16 stitches — as well as a broken eye socket, broken nose and a serious injury to his arm. He also suffered a concussion and “severe trauma,” Hollis says.

Hollis also says Spriggs was taken to the hospital “immediately after the attack.”

8:47 AM PT — The L.A. Rams are “aware of the reports regarding Aaron Donald,” according to a statement from a team rep.

“We are collecting more information and will have no further comment at this time.”

Huge news out of Pittsburgh … where a man claims he was assaulted over the weekend by NFL superstar Aaron Donald.

The accuser is DeVincent Spriggs, who claims the L.A. Rams defensive tackle struck him in the face in the early morning hours of April 11, according to Spriggs’ attorney, Todd Hollis.

Hollis released a photo of Spriggs’ alleged injuries — which shows a badly damaged right eye. We’re told the attorney is currently en route to a police station to file a report against Donald.

We’re reaching out to Donald’s camp — as well as the L.A. Rams — and we’ll let you know as soon as we hear back.

Aaron Donald is widely regarded as one of the top — if not THE top defensive player in the NFL.

In 2018, Donald signed a 6-year contract extension with the Rams worth up to $135 MILLION with $87 million guaranteed.

Donald was a 1st-round pick in the 2014 NFL Draft — following a stellar career at the University of Pittsburgh, where he won the Bronko Nagurski Trophy for being the best defensive player in the country.

29-year-old Donald was born and raised in Pittsburgh — though it’s unclear if he knew the accuser before the alleged attack.