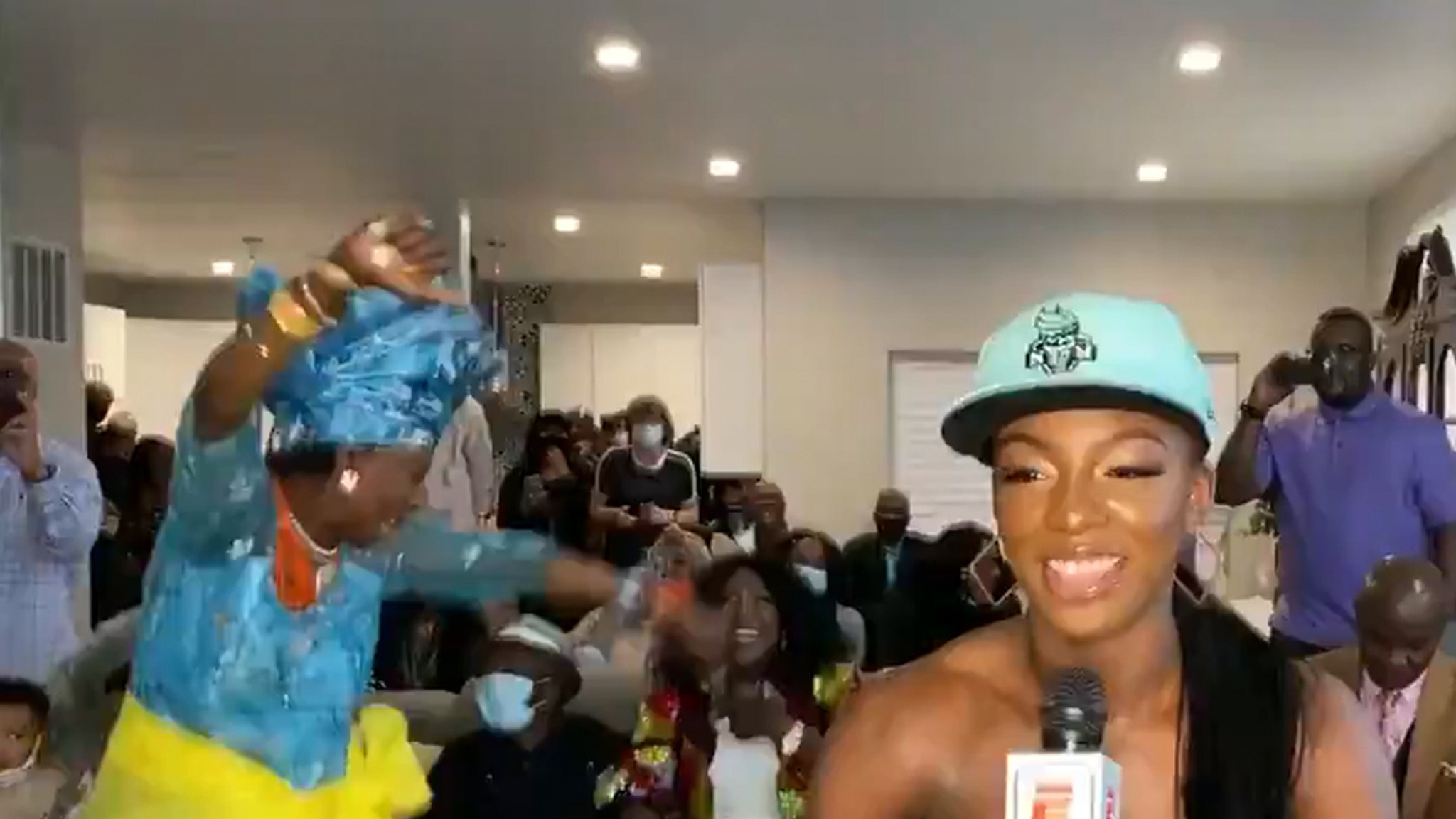 Best moment of the WNBA Draft?!?!?

How about when Michaela Onyenwere was selected in the 1st round on Thursday night … and her grandma was so fired up, she busted out the dance moves to celebrate!?!?!

Talk about a MOOD!!!

21-year-old Onyenwere was a star forward at UCLA — and when the NY Liberty had the shot to take her with the 6th overall pick, they JUMPED!!

And, when Michaela’s name was called, her grandmother — decked out in an amazing festive outfit — leaped out of her seat and yelled, “I’m grandma!”

The rest of the family smiled and clapped along — it was awesome!

The other top moment from the WNBA Draft featured Tennessee star Rennia Davis.

ESPN had Davis lined up for a live interview after the Minnesota Lynx selected her with the 9th overall pick … but Davis was so hyped watching her college highlight package, she forgot there was a camera on her!

Davis was literally shouting at the TV in her home while watching herself ball out — pretty epic moment!!

As for the #1 overall pick, the Dallas Wings selected Charli Collier — a 6’5″ superstar from Texas with tons of potential.

21-year-old Collier averaged 19 points and 11 rebounds per game during her junior year with the Longhorns — shooting just over 51% from the field.

Congrats to all the new pros!