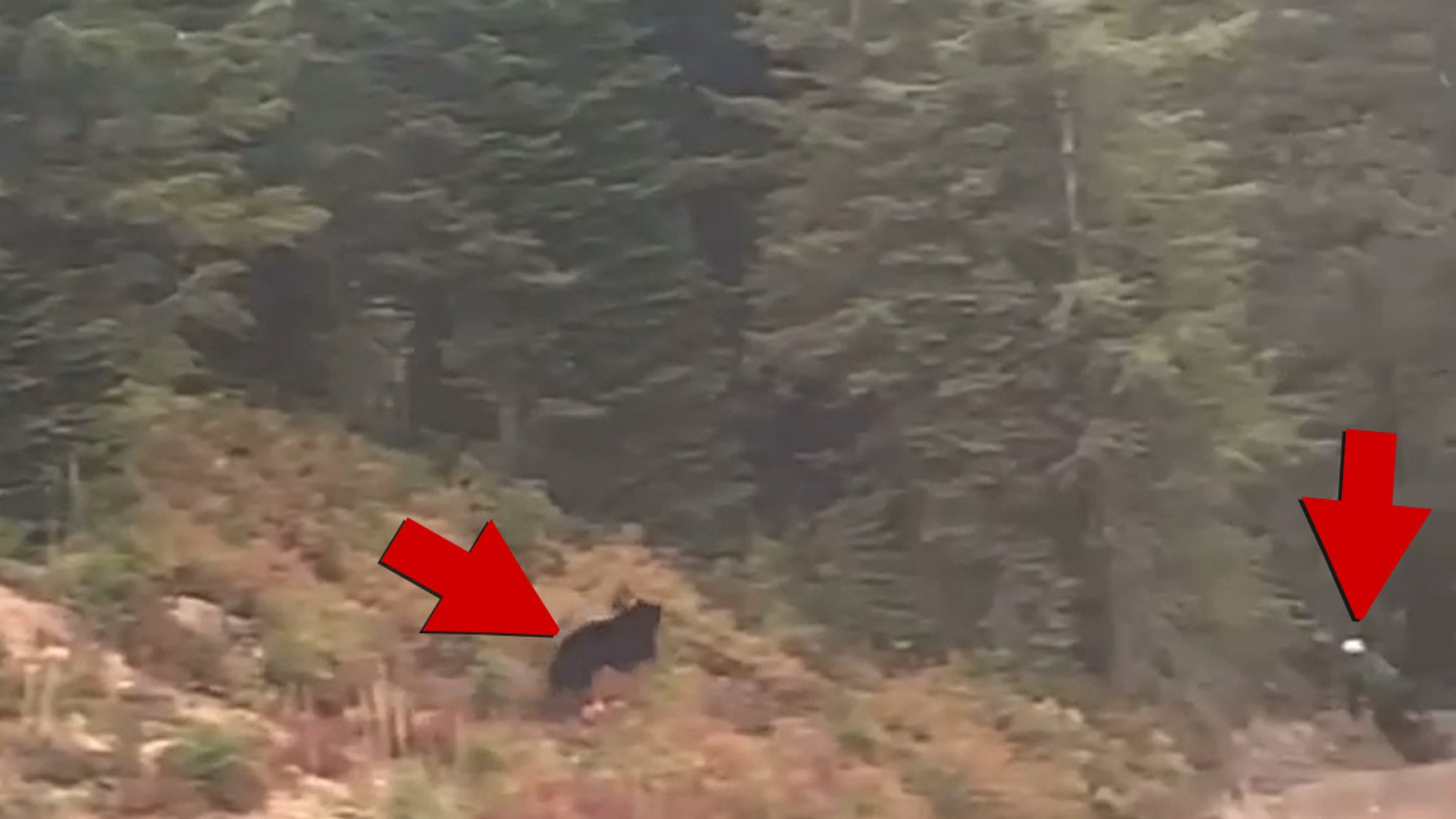 A mountain biker nearly became a black bear’s lunch in Montana … with the wild animal ferociously chasing the cyclist down a hill — and the insane scene was caught on video!!

The tense moments all went down in Whitefish about a year ago (though the video was just released by Montana Knife Company this week) … when a bike rider got the surprise of a lifetime as he barreled down a steep mountain path.

You can see in the footage … as the guy pedaled his ride — the black bear was in hot pursuit, trying to nab the dude on his way down the mountain!!

At some points during the chase … it got a little too close for comfort, ’cause the black bear tried to cut corners to get to the guy quicker!!

A spokesperson for Montana Knife Company tells us, “This is why even bikers and hikers should be carrying out knives!”

Fortunately, MKC tells us the bike rider was able to out pedal the beast and make it down the hill safely — “Didn’t get the guy!”