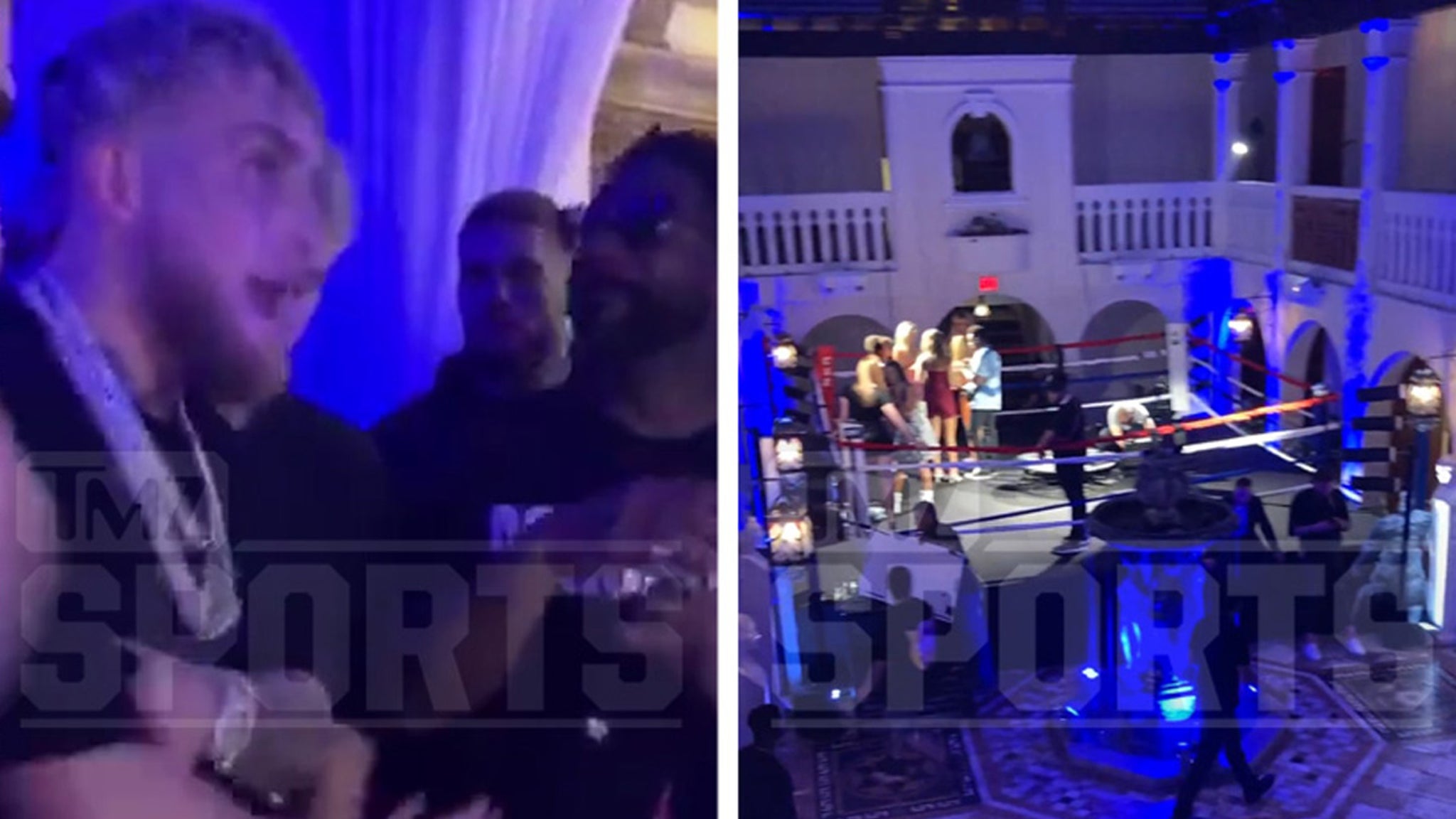 How did Jake Paul celebrate his brutal butt whoopin’ on Ben Askren??

The undefeated YouTuber-turned-boxing superstar hosted his closest friends — and really anyone else looking to party — for a big shindig at Gianni Versace‘s famed former digs in Miami on Sunday night … and it looked like a damn circus!!

There was a red carpet, an endless supply of booze, music and even the Problem Bot (Jake’s robo mascot) made an appearance.

On top of that, there was a boxing ring set up inside the mansion — we’re guessing for party purposes, not fighting.

Jake even hopped on the mic at one point and started rapping along to Drake songs … before performing one of his originals.

Of course, Jake’s been on Cloud 9 since destroying the former MMA champ and Olympic wrestler in the ring at the Triller Fight Club in ATL on Saturday night … and considering the fight only lasted 2 minutes, he didn’t need much time to recover.

The 24-year-old rightfully enjoyed his big win with back-to-back nights of celebrating … and there’s no end in sight.

That is, until he gets his next opponent … then it’s back to the gym!!