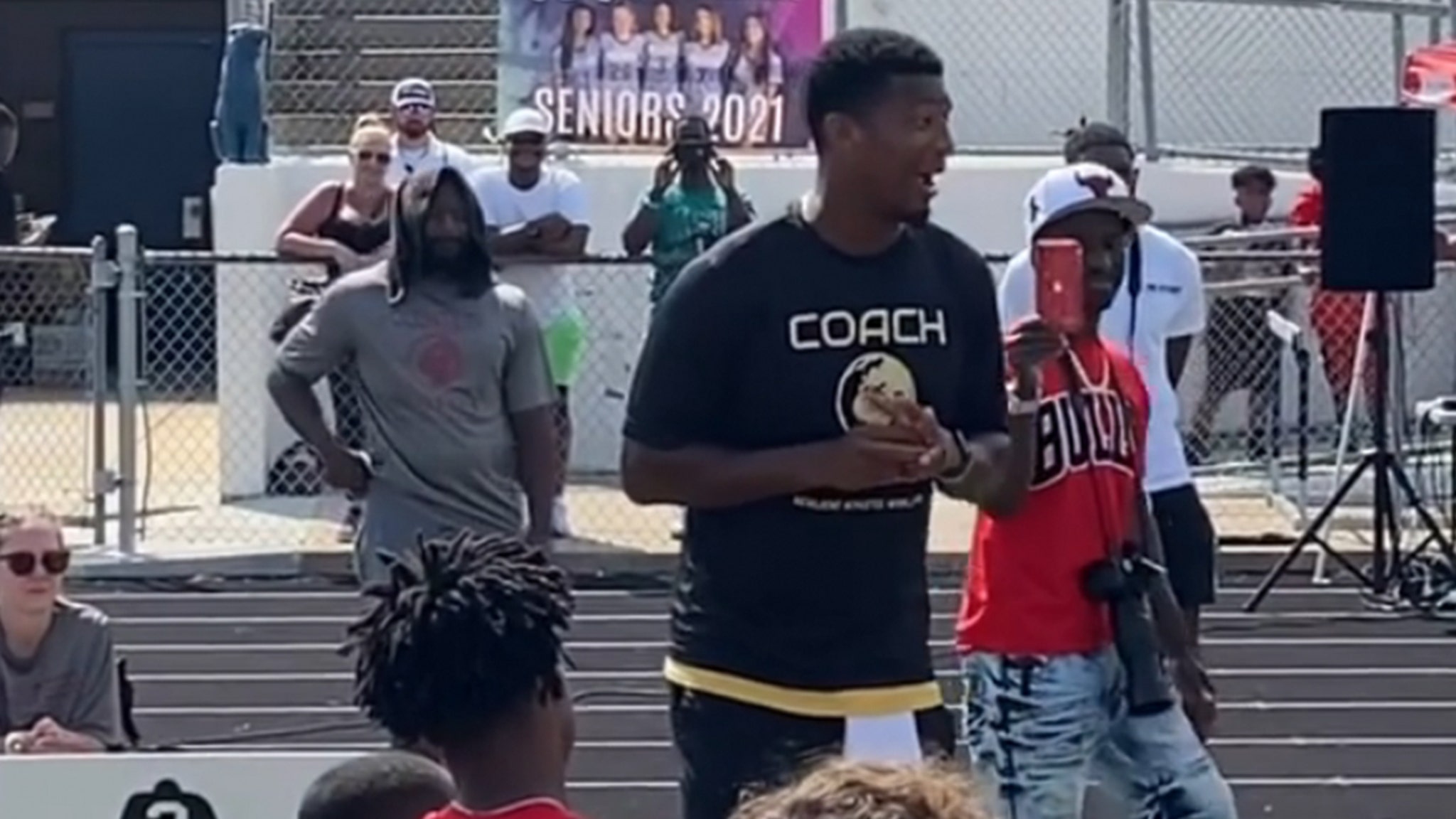 Here’s a refreshingly candid moment from Jameis Winston … the Saints QB admitted to kids he went from top NFL prospect to league laughingstock — but he’s now vowing to work his ass off to change that.

The 27-year-old was helping out at a football camp in Orlando, FL on Saturday when he delivered the speech … and it was a very cool, self-aware moment from the former #1 overall pick.

Winston, in addressing dozens of campers, said, “I went from being the #1 draft pick to being everybody laugh at me.”

There was the crab leg incident. The “f*** her right in the p****” debacle. There was the incredibly awkward “Eat A W” celebration. And, who can forget his quirky training methods??

But, Jameis told the young footballers he’s doing everything in his power to change all of that and be the heir to Drew Brees‘ throne in New Orleans.

“Guess what?” Jameis said. “I’m about that business. I’m outworking everybody at my position.”

Winston had to pause, ’cause Dallas Cowboys star QB Dak Prescott was standing right next to him helping out at the camp — but he continued nonetheless!!

“I know Dak right there,” he said as Prescott smiled. “But, I’m doing things every single day. Committing to the dream.”

Winston then encouraged the kids to believe in themselves and always approach the game with a little kid’s perspective … because he says that’s how he’s going about his business now.