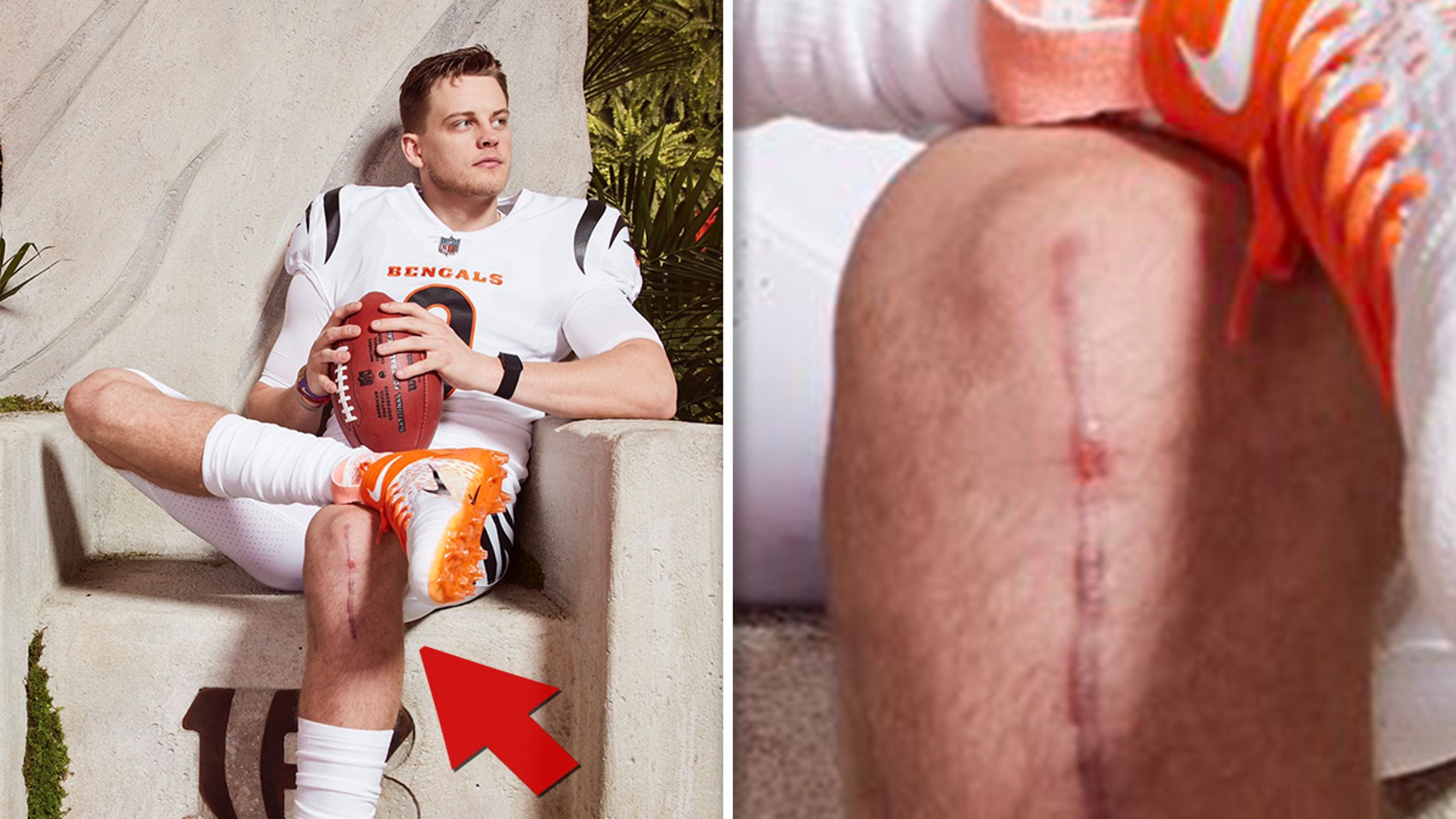 Joe Burrow showed off his ACL surgery scar during the Bengals’ jersey reveal sesh this week … and the thing is massive AND gnarly.

The former Heisman Trophy winner shredded his knee during a game on Nov. 22 … and he required a surgical procedure to fix multiple tears in the leg just days later.

Here’s the Joe Burrow injury, this is awful if it’s serious.pic.twitter.com/T51LF5mFU9

Burrow’s recovery has gone well — his parents just said earlier this month the 24-year-old is still on track to start next season for Cincy — but it’s clear, the damage done to his knee was significant.

Check out the Bengals’ photo of the QB’s left leg … you can see surgeons had to open him up from the top of the knee cap all the way down to the start of his shin to fix the issues.

The wound — which appears to be at least half a foot long — is still purple, red and fresh … about 4 months after it was made.

For his part, Burrow hasn’t spoken much publicly about his rehab process … but he’s been spotted out in the public recently, moving his knee fine and putting pressure on it while walking and sitting.

The Bengals kick off their season next September … here’s to hoping 5 more months is all Burrow needs to be ready for his sophomore campaign.