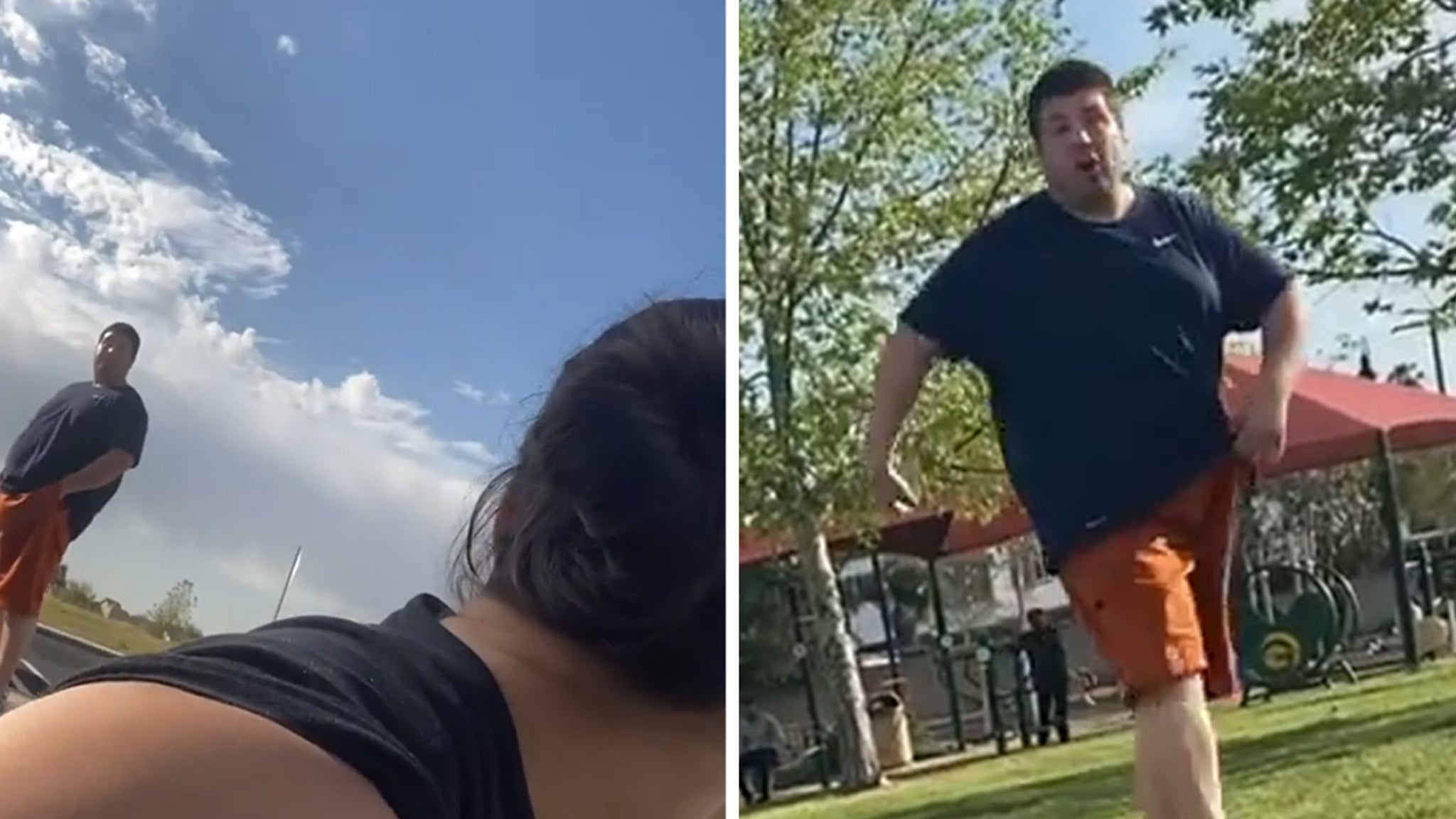 … and law enforcement says the suspect was also involved in a violent attack on an elderly Asian-American couple over the weekend.

As we previously reported, 28-year-old Kokumai — a 7-time USA National Champion — was hanging out at a park in Orange, CA on April 1 when some guy began yelling at her for no apparent reason.

Kokumai smartly recorded the incident — capturing the man calling her a “stupid b***h” and yelling, “I’ll f**k you up.”

At the end of his tirade, Kokumai — who is Japanese-American — says she heard the man scream out something about her being “Chinese” and “sashimi” … which you can sort of hear in the video.

Unfortunately, cops say they busted Vivona on April 18 after he was suspected of assaulting an elderly couple at a park,

“The assault was unprovoked and caused both elderly victims to fall down.  Community members at the park surrounded the suspect until officers arrived.”

On 4/18/21 officers arrested 25-year-old Michael Vivona from Corona for assaulting an elderly Korean American couple. He was arrested for elder abuse & committing a hate crime. He was also arrested for threatening a Japanese American on 4/1/21. Vivona was booked at OCJ. #arrested pic.twitter.com/1wvromtMzm

Cops say Vivona was arrested for elder abuse and committing a hate crime.

Once they realized he’s the same guy from the Kokumai incident, he “was also arrested for threatening a Japanese American on April 1, 2021 at the same location.”

Vivona was booked and according to jail records, he’s still behind bars. Bail was set at $65,000.