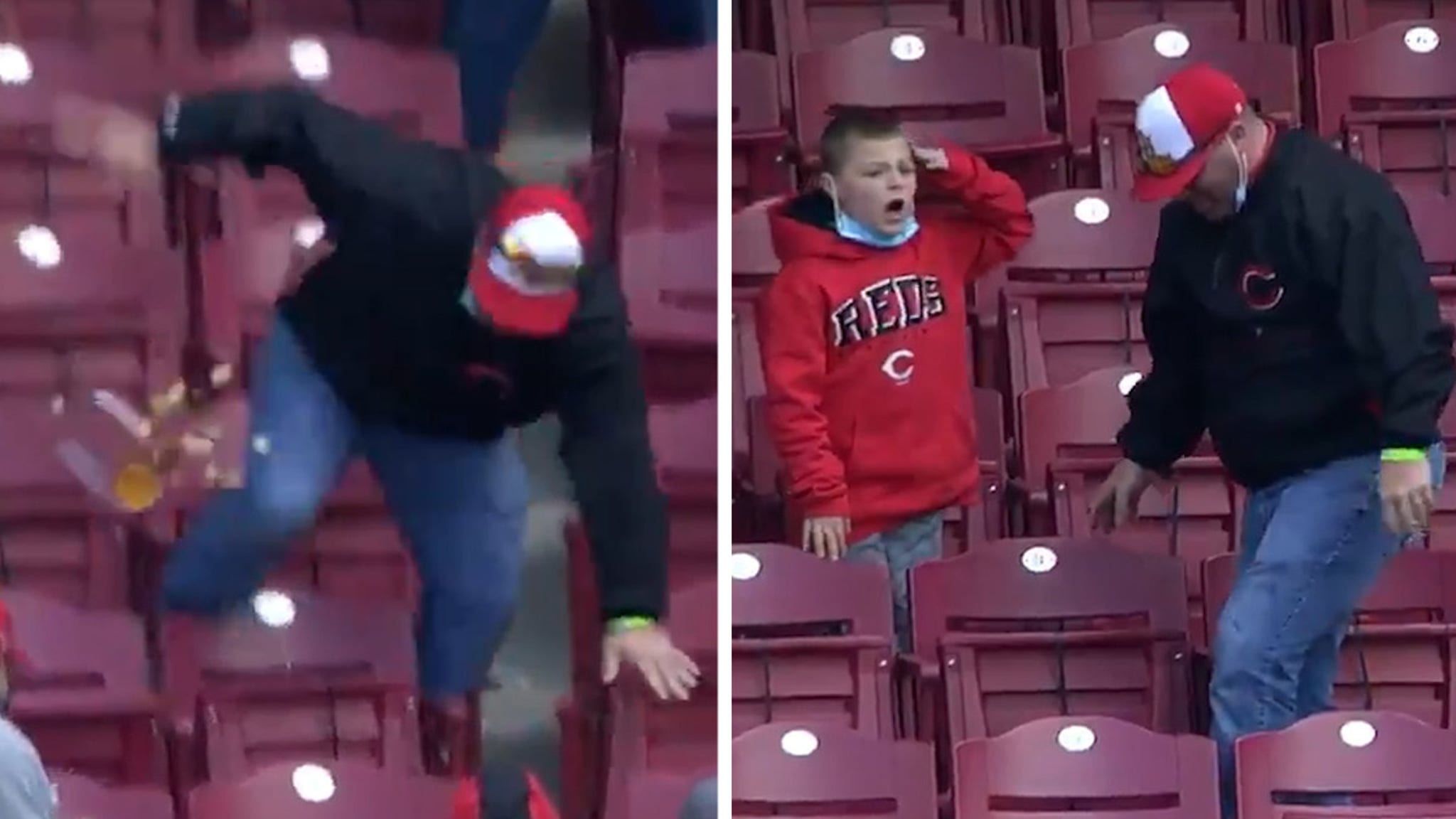 A dad at an MLB game went from hero to zero REAL QUICK on Thursday … fumbling a home run ball, dropping his nachos and losing a shoe in a sad moment that was all caught on video.

The scene went down in the 6th inning of the Reds vs. Diamondbacks game in Cincinnati … when Eugenio Suarez hit a missile to deep center field.

The ball — coming in HOT — landed in a dude’s hand … but when the guy wasn’t able to fully secure it, calamity ensued.

The Reds fan, who appeared to be with his son, fell down three rows of seats and spilled his nachos as he tried to recover the loose ball, and then he even lost a shoe!!

But, the worst part? ANOTHER FAN SCOOPED UP THE BALL BEFORE HE COULD GET IT!!

The kid with the man could not have been more disappointed … showing a look of complete and utter disgust when the dude got back to his seat.

We’d like to say there was a happy ending here … but it doesn’t seem the guy got his nachos replaced or another ball — and, by the way, the home team ended up losing 14-11.

But, hey, a bad day at the ballpark beats a good one at work … right???