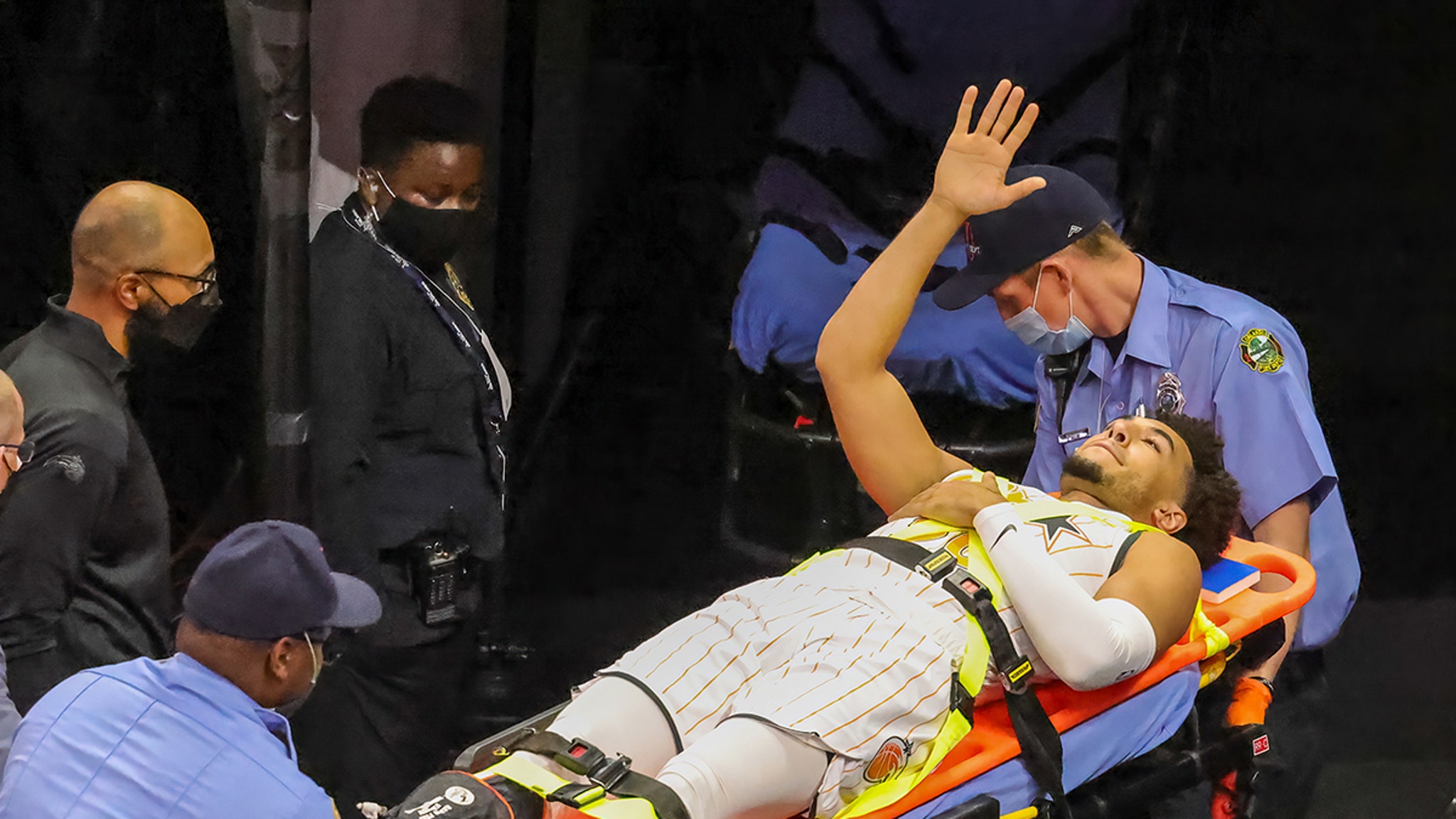 2:01 PM PT — The Magic have released a positive update on Cannady … saying he had surgery this morning to clean out his ankle.

The team is also saying he suffered an open right ankle dislocation with a severe lateral ankle sprain … but his bones and cartilage remained intact.

Cannady will remain out for the season … but is now expected to make a full recovery.

Devastating moment for Orlando Magic guard Devin Cannady … who was stretchered off the court after suffering an open fracture to his ankle early in Sunday night’s game.

But, the good news?? The 24-year-old baller spoke with his teammates and is in “good spirits” after the gruesome incident.

It all went down with 3 minutes left in the first quarter against the Indiana Pacers … when Cannady hustled down the court to defend a fastbreak layup, but fell awkwardly on his right leg.

Cannady immediately screamed in pain as blood gushed from his ankle … and teammate Mo Bamba rushed to his side and ripped the jersey off his own back to cover the injured area.

Cannady was taken off the court on a stretcher … but was able to give a thumbs up to the fans, players and coaches while the entire arena gave him a standing ovation.

Devin Cannady was taken out on a stretcher after suffering a lower leg injury 🙏 pic.twitter.com/a4B7dJjb8V

The Magic later revealed the seriousness of the injury — an open fracture to his ankle, which will require surgery.

Despite the heartbreaking incident, Cannady appeared to be as positive as he could be Sunday night … FaceTiming his teammates from the hospital.

Tough night, but glad @devin_cannady3 is in good spirits. He’ll be back!! 🙏🏿💫 Love this team 🤎 pic.twitter.com/DMZ0msmSzf

Bamba spoke after the game about his decision to use his own jersey to help during the incident … saying, “I just saw my teammate was down, and I just did what he would probably do for me.”

He added … “I just thought quick and I didn’t want him to see it. I just took my shirt off my back and gave it to him.”

Cannady appeared in 8 games for the Magic this season … averaging 4 points. His 2021 campaign is over, but here’s hoping for a speedy recovery.