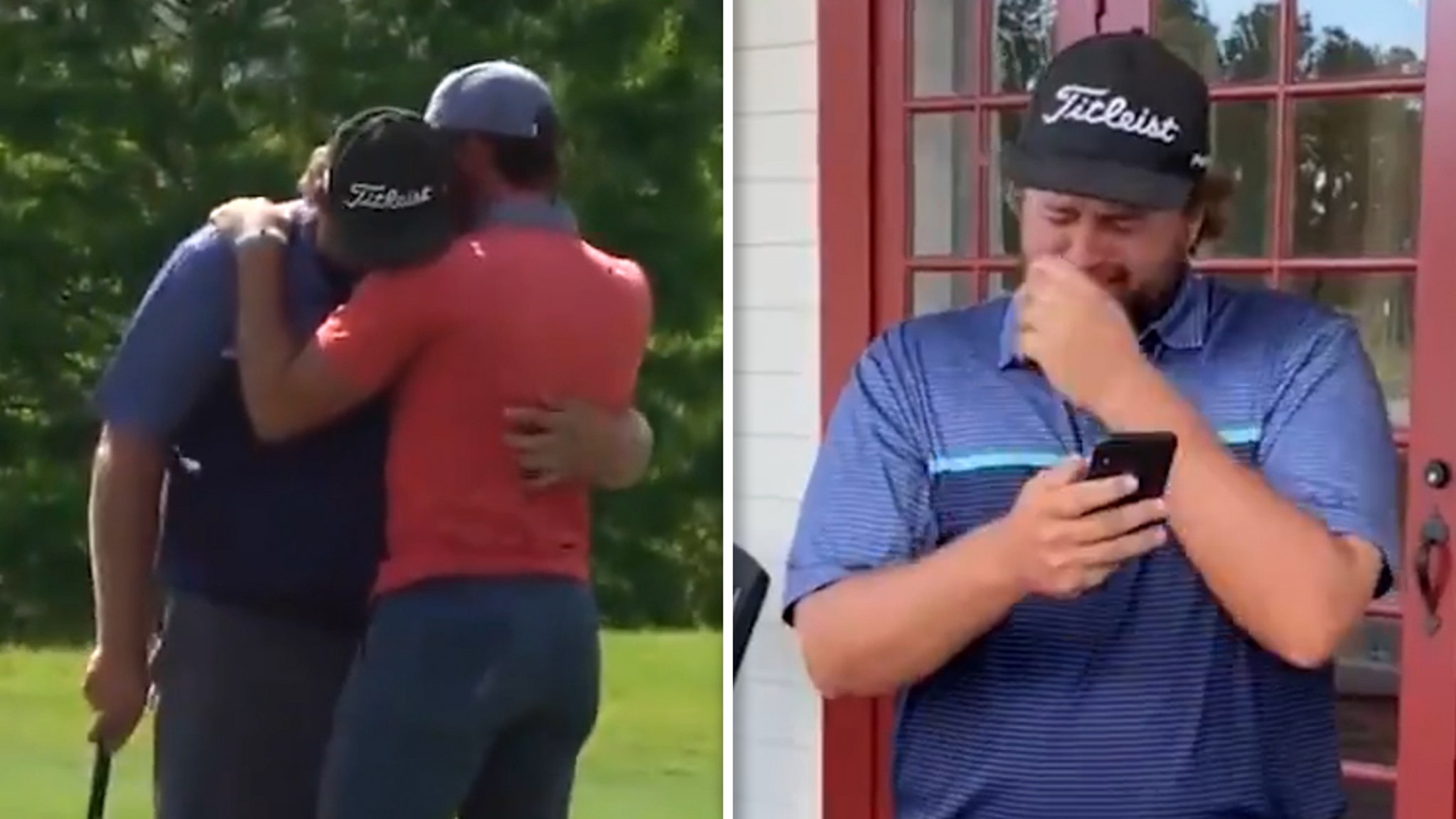 Pro golfer Michael Visacki reached his lifelong goal of making a PGA Tour event this week … and his emotional reaction to it all was absolutely priceless.

Visacki turned pro SEVEN YEARS ago … but hadn’t once qualified for a Tour event — until he finally did it on Monday in dramatic fashion.

Michael Visacki fights back tears as he tells his father that he’s reached a lifelong goal of competing on the PGA TOUR.

The 27-year-old needed to sink a 20-footer at a qualifying event to get into this weekend’s Valspar Championship in Florida … and when he did just that, the tears started flowing.

The video is SUPER emotional, Visacki threw his arms in the air … grabbed his pal, gave him a bear hug and sobbed uncontrollably.

Minutes later, Visacki got on the phone with his dad … and broke the great news to him through mounds of tears!!

“I made it,” Michael told his pops.

“You did it!” Visacki’s dad said. “Oh my goodness. I’m crying. Congratulations!”

Visacki will now rub elbows with stars like Dustin Johnson, Phil Mickelson and Bubba Watson at this weekend’s Valspar … and like Visacki, we can not wait for it!!

How does 🗳️ Politics work in 🇨🇭Switzerland? – VisualPolitik EN
DMX’s Daughter to Perform, Fiancee to Appear at Tribute Show in Texas
Lady Gaga’s Dog Walker Is Back on the Job for Her After Dognapping
Betty White Keeping Busy During Quarantine, But Loneliness Was Real
Comedian Gary Owen’s Estranged Wife Wants $44k a Month in Spousal Support