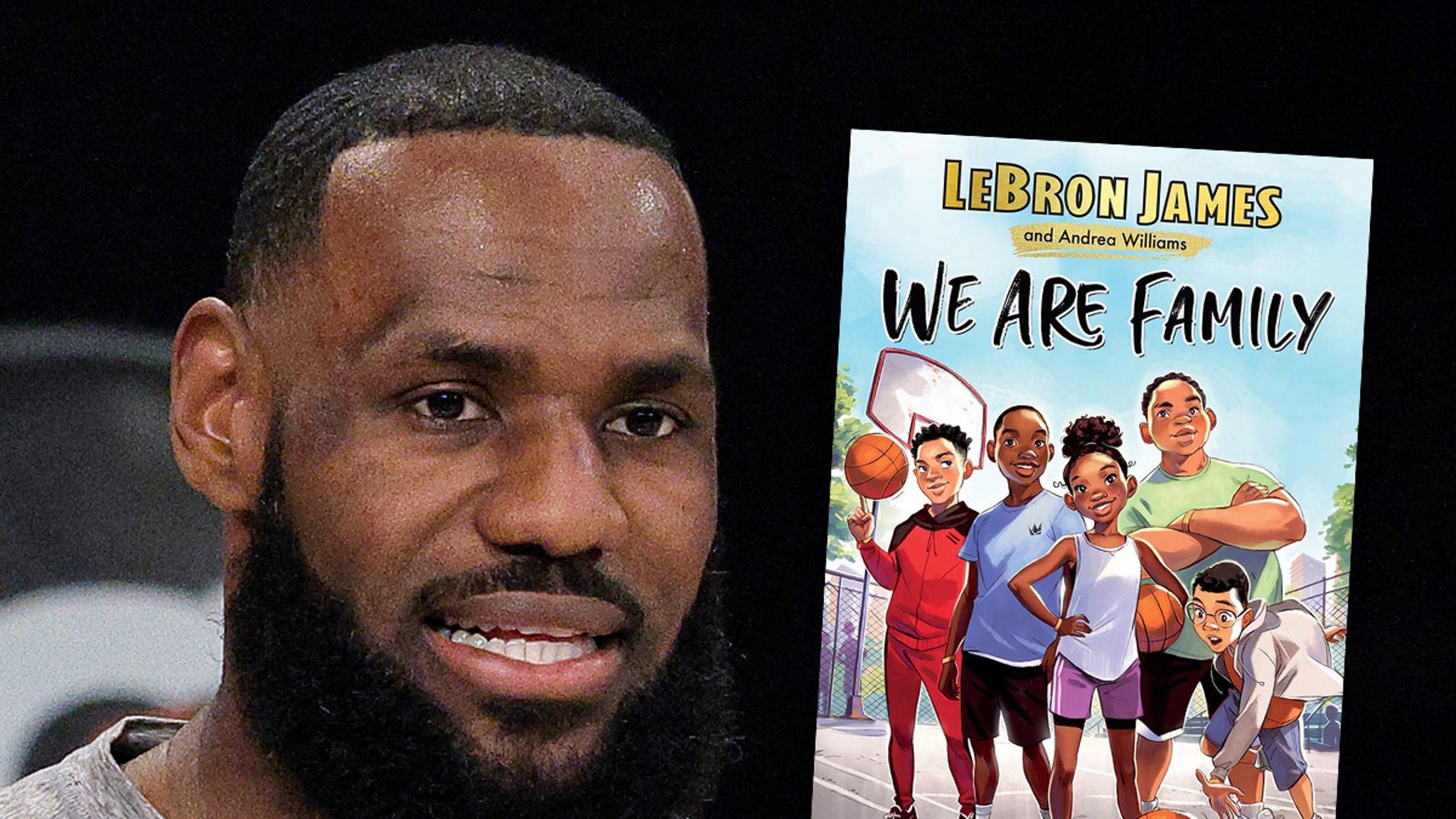 LeBron James is starting to stack up children’s books like championship rings … ’cause the NBA superstar just announced his second piece of work will hit bookshelves later this year!!

36-year-old James has been writing up a storm after he inked a deal with HarperCollins Children’s Books in 2020 … co-authoring a 40-page picture book called “I Promise” last August, which became an NYT bestseller.

Now, Bron is back with a middle-grade level chapter book called “We Are Family” … which follows 5 friends with completely different backgrounds and ambitions who team up to “save their basketball season and prove that sometimes getting a chance is all it takes to succeed,” according to the release.

The story — co-written by journalist and writer Andrea Williams — is based in Ohio, which shouldn’t come as a surprise. James has always kept his roots in mind when creating new stories for the youth.

LeBron spoke about the project … saying, “Everyone has a story and unique set of challenges they’re going through that we don’t hear about.”

The 4-time NBA champ added, “‘We Are Family’ shows how an unlikely group of kids comes together to chase their dreams, despite having the odds stacked against them.”

“It’s an important story of family, purpose and perseverance in the face of adversity that I hope inspires everyone who reads it to never stop dreaming and believing in what they’re capable of.”

The project will hit shelves on August 31 … and if it’s even remotely as successful as the first book, it’s gonna be a big hit with the kids.