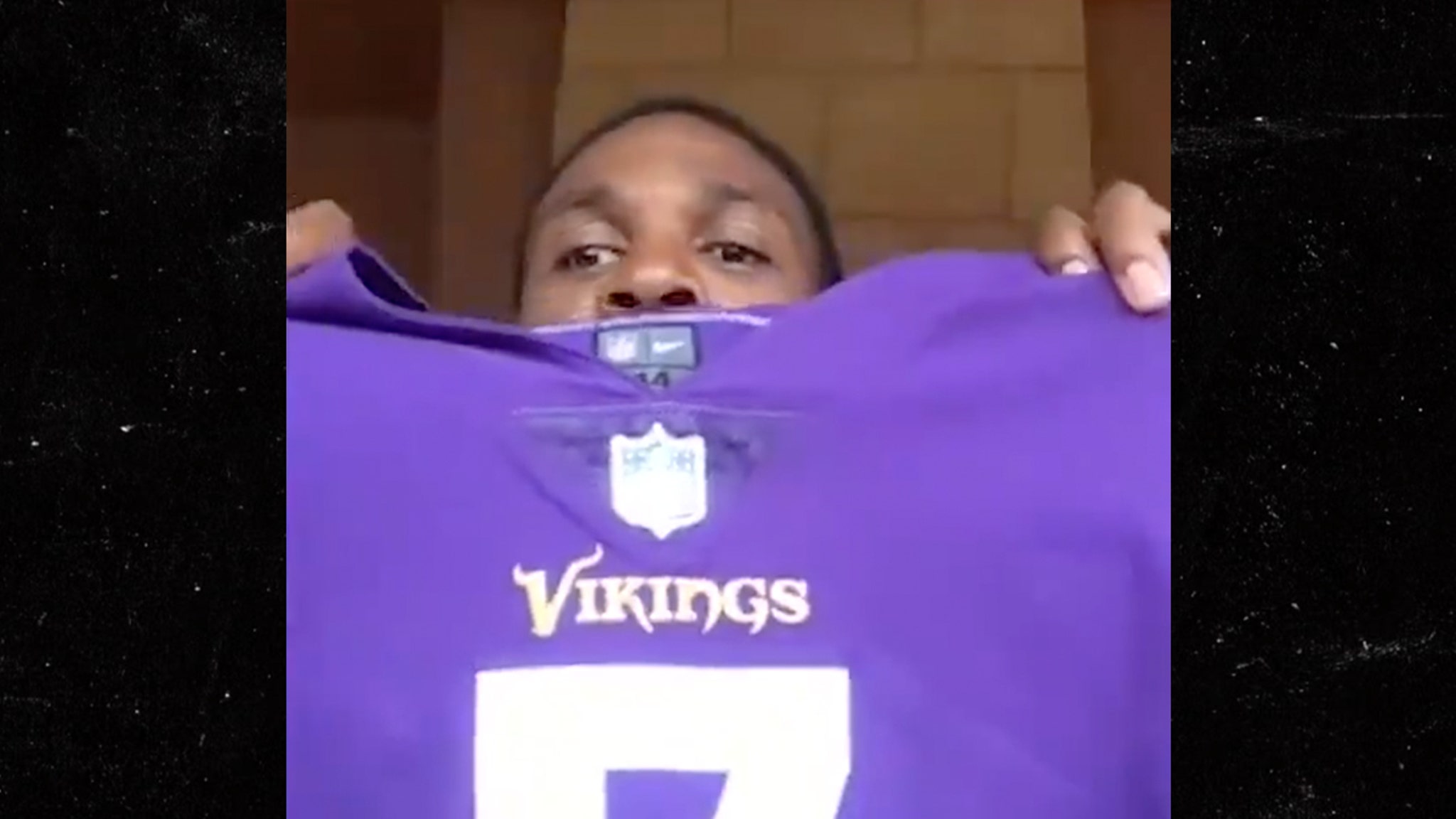 The new Minnesota Vikings corner — who rocked #7 during his college days at LSU — wanted to sport the digit in his first year away from the Arizona Cardinals this season.

The problem? Quarterback Nate Stanley already had the number … and Peterson didn’t want to just railroad the 2nd-year man for the uniform.

So, Peterson made a trade … in exchange for paying for new shoulder pads for Stanley’s alma mater, Menomonie High School in Wisconsin, Nate gave up the jersey!

And, Patrick was stoked about the transaction … joining Bryant McFadden on their “All Things Covered” podcast and explaining why he has so much love for the number.

“Once [the NFL] passed that new rule where skill positions were able to wear any number between 1 and 49, it was only right,” said Peterson, who wore #21 with the Cardinals.

“I always wore it in high school, I wore it in college. I always felt comfortable with it. And that’s what I felt started me. So it was only right to go back to my roots and rock that seven.”

The move could be a huge one for Peterson and the Vikes … when Patrick donned that number back at LSU — he became one of the greatest defensive backs in college football history.

No pressure for this season!