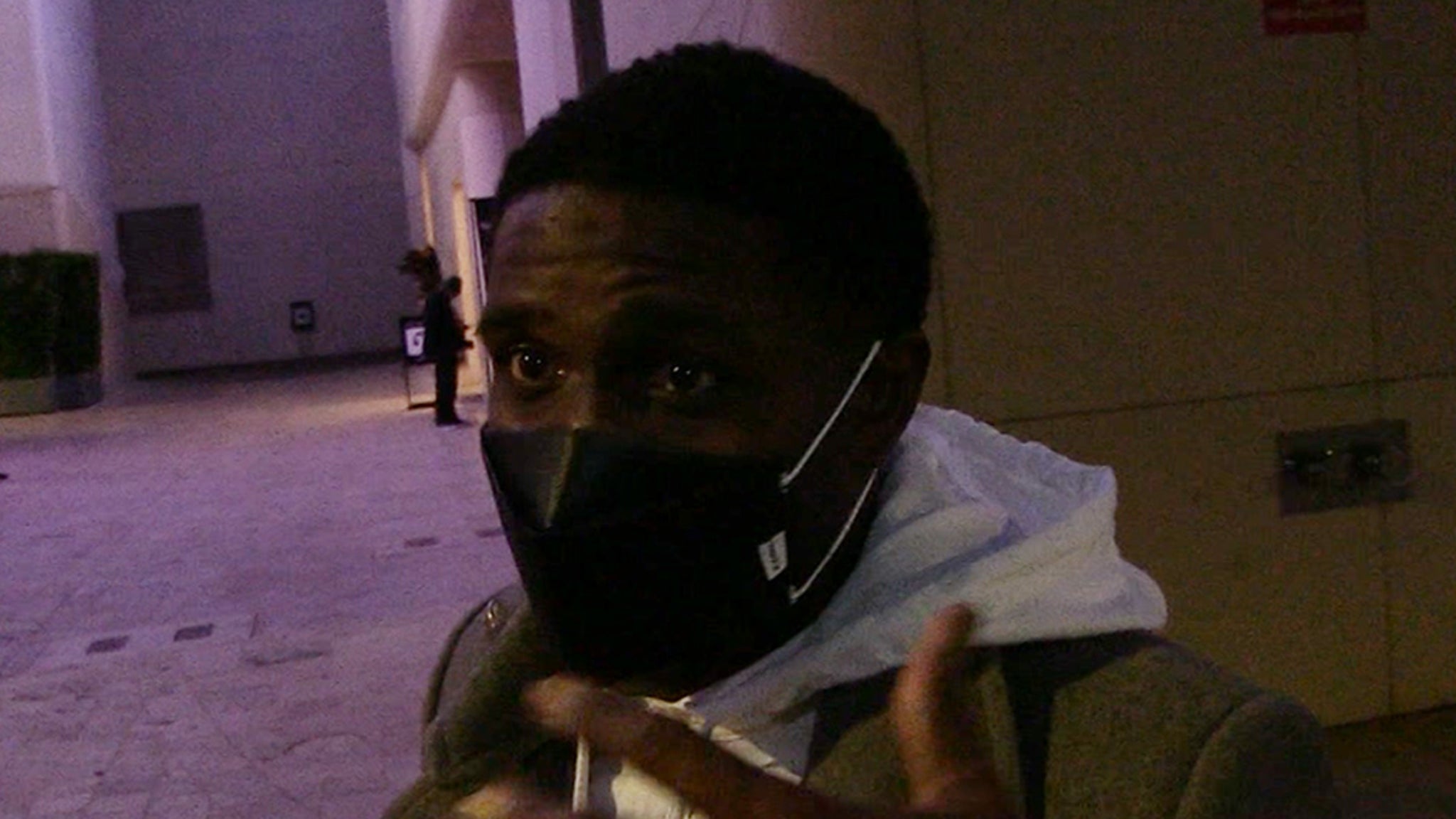 Chadwick Boseman‘s impact on and off the screen goes far beyond his trophy case … so says Reggie Bush, who tells TMZ Sports the actor’s posthumous Oscar snub doesn’t define his legacy.

Many believe the “Ma Rainey’s Black Bottom” star was robbed of Best Actor honors at last night’s Academy Awards … with Anthony Hopkins winning for his role in “The Father.”

We spoke with Bush about the results outside Spring Place in Beverly Hills … and he makes it clear Boseman’s body of work speaks for itself — Oscar or no Oscar.

“It would have been nice to see him win, but it was great to see all the nominees get a shot,” Bush tells us.

“Chadwick Boseman, he’s a legend regardless. No matter if he wins or not. A trophy is not gonna validate what he did. The work he put in validates that.”

It’s almost as if Bush is reflecting on his own experiences — the former NFLer forfeited his 2005 Heisman Trophy after an investigation determined he committed NCAA violations by receiving improper benefits.

Even though his name and image were scrubbed from USC’s campus and record books, nothing will change the fact that Bush is easily one of the best — if not THE best — college football players of all time.

Taking all that into consideration, it’s no wonder Bush isn’t sweating Boseman’s snub.

There’s also another reason why Bush was watching the Oscars — did you know Andra Day, who was nominated for Best Actress, is his step-sister?!?!?

IT’S TRUE!!! Check out the awesome exchange Reggie and his mom have with our camera guy when they drop that truth bomb!!