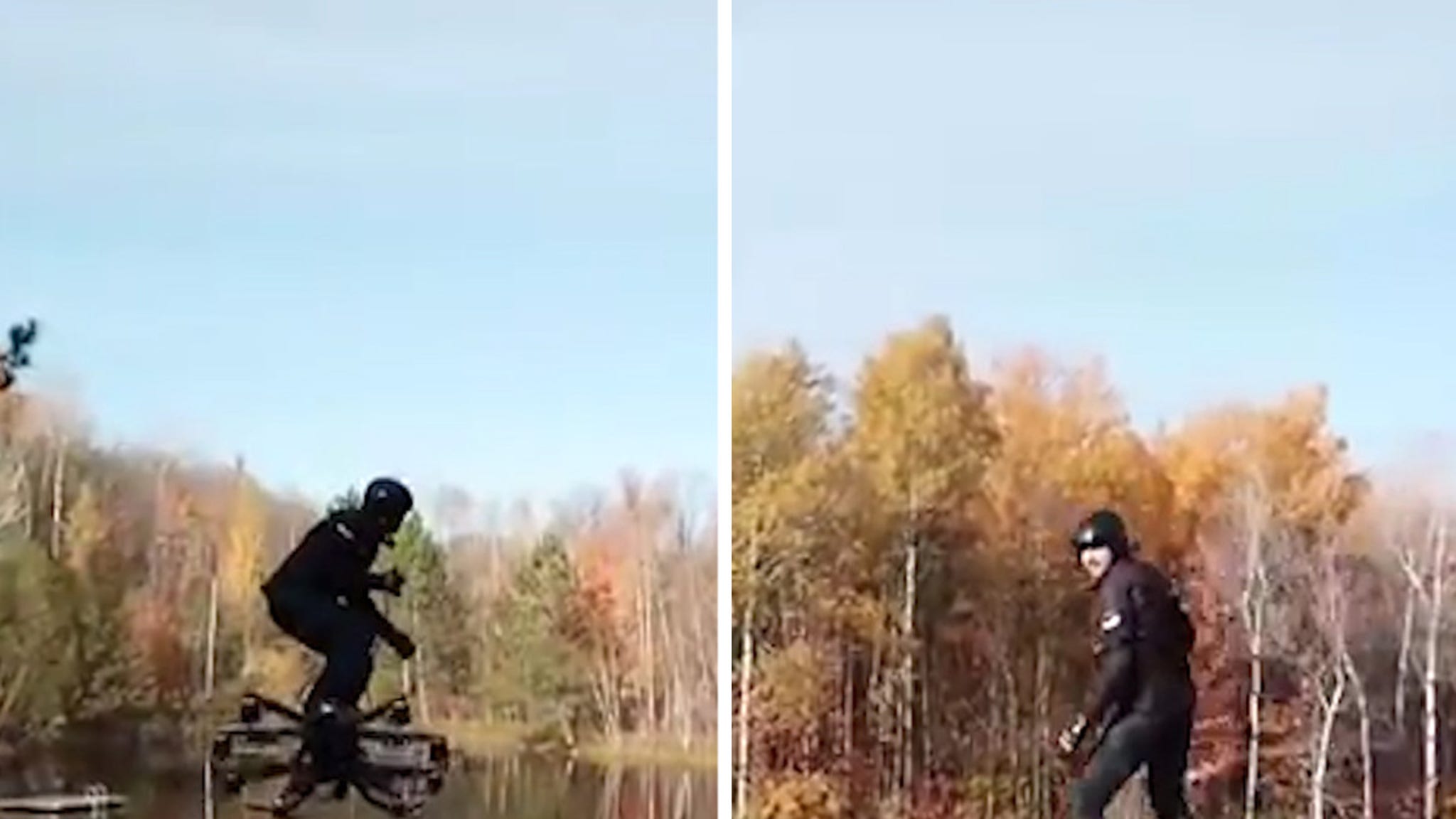 Marty McFly may be a fictional character with a prop that serves as a cool hoverboard but soon your average (wealthy) Joe may have the chance to actually own one … ’cause they’re ready to hit the market this summer.
Alexandru Duru and Philippe Maalouf, co-founders of Omni Hoverboards, tell TMZ … their company is very close to bringing a new hoverboard model to market.

This man is living in 2030! 🔥 pic.twitter.com/fgXLCEPldS

That means … the public will soon be able to buy a limited supply that will be made available summer or late 2021. But, hoverboard riders will have to plunk down a small fortune for the craft. We are told pricing is still a work in progress, but the 10-propellor model is expected to fetch around $36k.
Trending
TMZ Alexis Ren | Leaving Dog Park
We’re told Omni wants to eventually sell an 8-propellor model that could retail for around $27k.
Hoverboards are all the rage right now. As we reported … some dude was seen zipping through the streets over the weekend. And, for the record, that hoverboard does NOT belong to Omni. But, it sure created tons of buzz that the technology’s there to make Michael J. Fox‘s dream a reality.
Truth is … Omni’s past models and most hoverboard competitors last about 1 to 3 minutes in the air, which is why most hoverboard clips on social media are short. The new model could stay airborne for 30 minutes.
Omni has been at it for some time now trying to get its hoverboards off the ground. In 2015, its mark-1 prototype earned a Guinness record by traveling a total distance of 905 feet.
Omni’s hoverboard also delivered the game ball at the Portuguese Cup Final back in 2017. Pretty cool visual, for sure … but the Omni founders do warn caution that while it’s cool to see a hoverboard zip through the streets … it’s safer to hover over water.
This article was originally published by Tmz.com. Read the original article here.