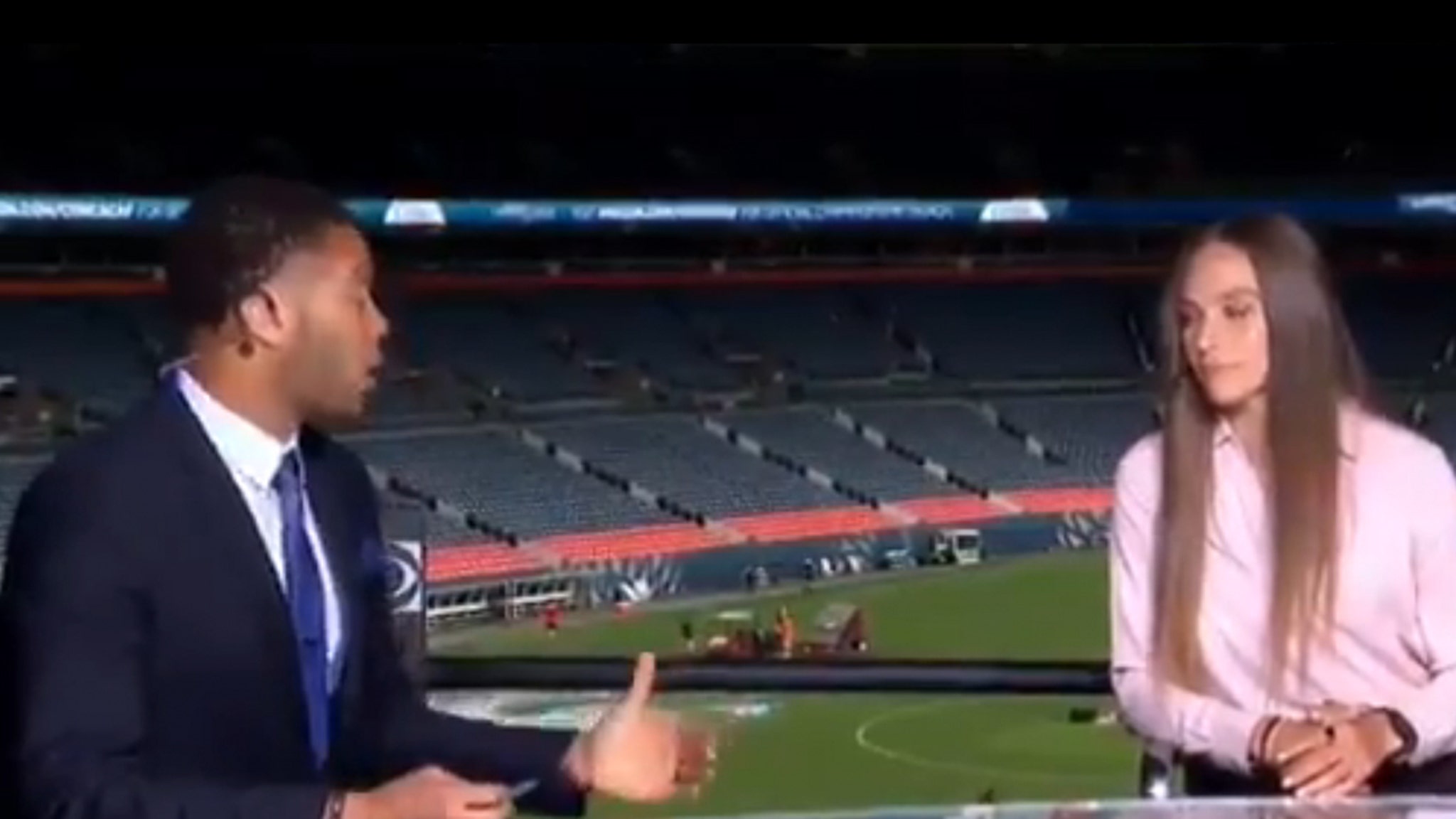 Former USMNT star Oguchi Onyewu was forced to issue an apology Sunday night … after he threatened to choke his female co-host live on air.

The mea culpa all went down during the CBS Sports broadcast of the USMNT vs. Mexico game in Denver … minutes after Onyewu got verbally aggressive with Mexican soccer star Janelly Farias.

Here was the “I will come across the desk and choke you” comment pic.twitter.com/t884CAr51F

“I will come across this desk and choke you,” Onyewu said as part of a segment with his co-host.

Oguchi appeared to be joking, he let out a laugh while unleashing the comment, but still, the remark was immediately criticized on social media.

In fact, the backlash grew so loud, later in the broadcast, Onyewu felt the need to apologize on air.

“Early in the show, you know, throughout our banter back and forth, I got carried away for sure,” Onyewu said. “And I said a stupid thing that should’ve never come out of my mouth.”

The 39-year-old continued, “And I am deeply sorry for it and I apologize to you and I hope that you can forgive me and don’t take any offense to it. So, I just really want to sincerely apologize for what I said.”

31-year-old Farias quickly accepted Onyewu’s apology … dapping him up on the set and saying, “I think the fact that you can say that on national television speaks volumes of you.”