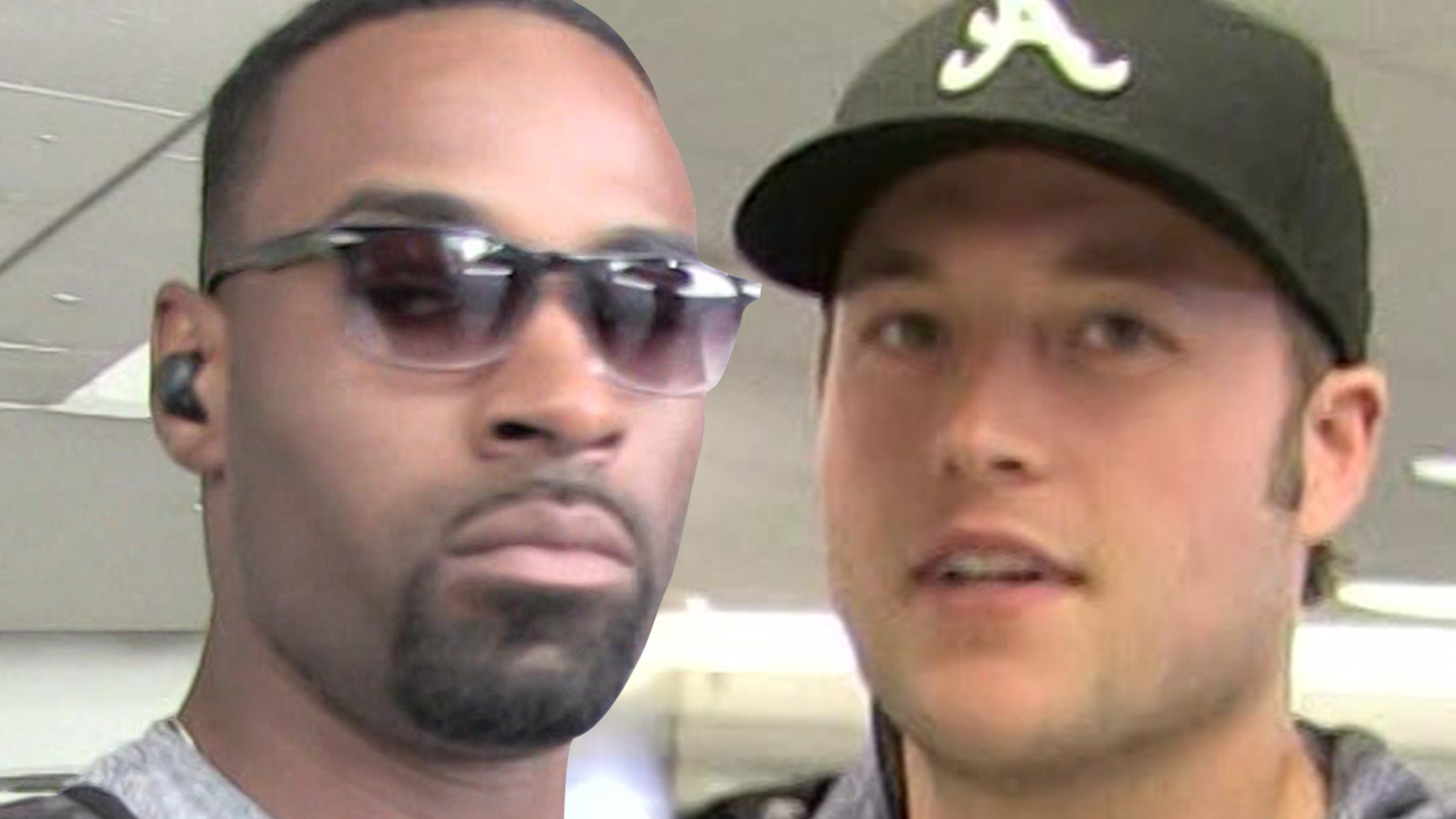 Calvin Johnson says he’s THRILLED to see his ex-teammate Matthew Stafford get traded from the Lions to the Rams … but the WR admits it “sucked” Detroit didn’t let him move on to another squad before he retired.

35-year-old Johnson has distanced himself from the Lions following his abrupt retirement in 2016 … a relationship that still hasn’t been mended, despite his Hall of Fame announcement in 2021.

Megatron spoke about how things got so sour in an interview with Woodward Sports this week … saying he begged the team to let him start fresh with a different franchise before retiring — and they refused.

“We asked would they release me or let me go to another team … they wouldn’t,” Johnson said … adding he was willing to play literally “anywhere.”

So, when the Lions granted Stafford’s trade request after 12 seasons, Johnson hints he’s a bit jealous he didn’t get the same treatment.

“You know what, it sucked that they didn’t let me go, but they let Matthew go, but hey, you know, it is what it is,” Johnson said.

“I’m not mad at Matthew. I love Matthew.”

In fact, Johnson says he talked to Stafford this week … and claims the QB is loving his new home on the west coast.

As for his relationship with the Lions, Johnson is open to making peace with the organization … if they ever want to extend that olive branch.

“I’m not back in the family with the Lions or anything like that,” Johnson added. “It would be nice to if they try to resolve things, but that’s neither here nor there.”

No matter what his relationship is with the team, Johnson says he’ll always be there for the players.

“I’m always here to support the players. That’s what it’s about. Supporting the players.”